VAMPING VENUS was a silent movie where Thelma Todd and Joe Bonomo played Venus and Hercules in ancient Greece and more ordinary people in the modern era.  Here is a photo of Thelma Todd as Venus from an Australian newspaper. 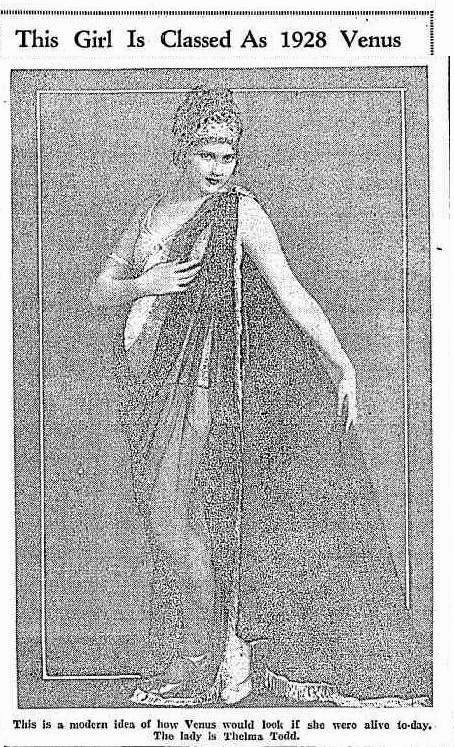