A letter from Joyce Compton to Richard Lamparski, author of the popular "Whatever Happened To..." books, together with a photo she sent along with it. 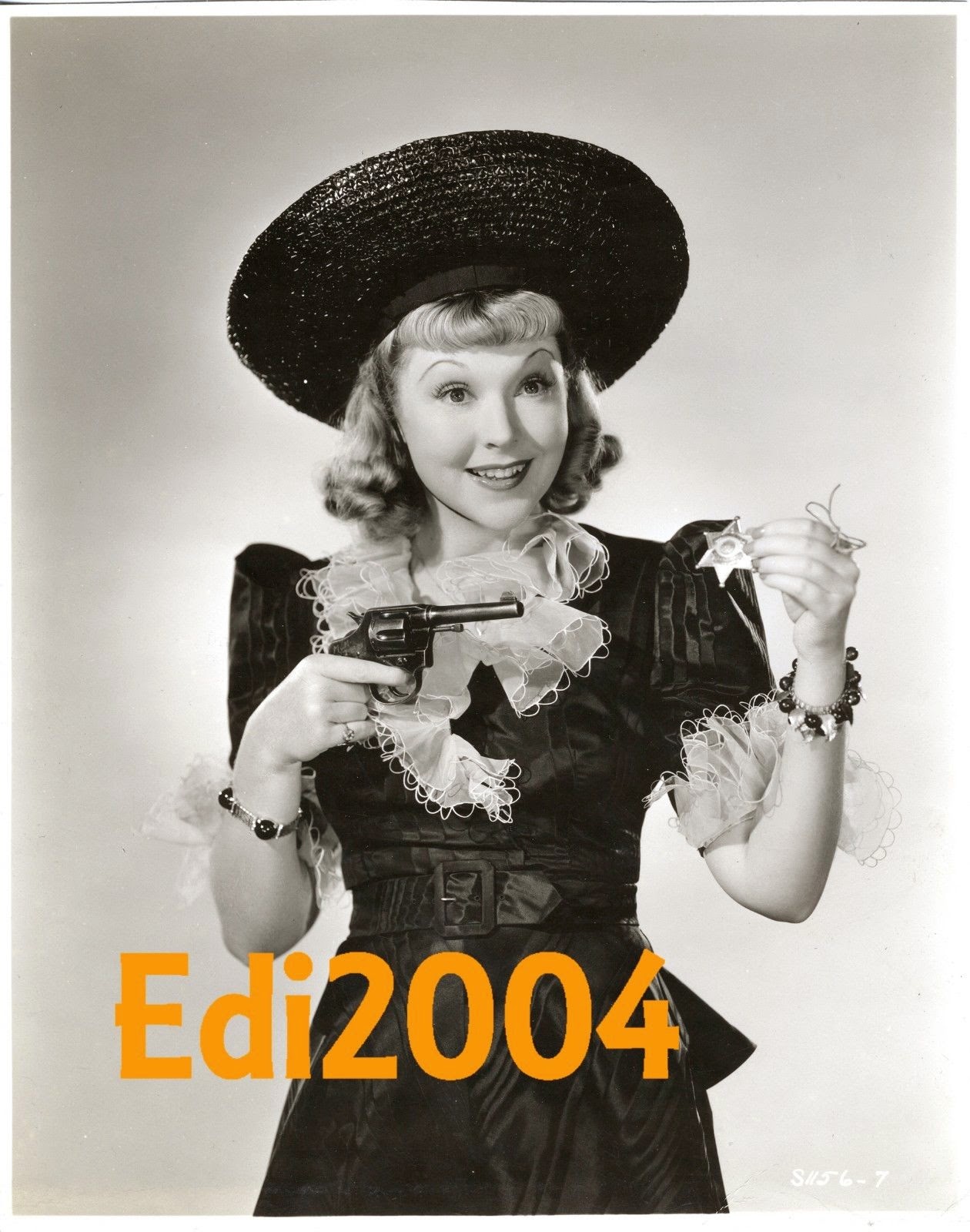 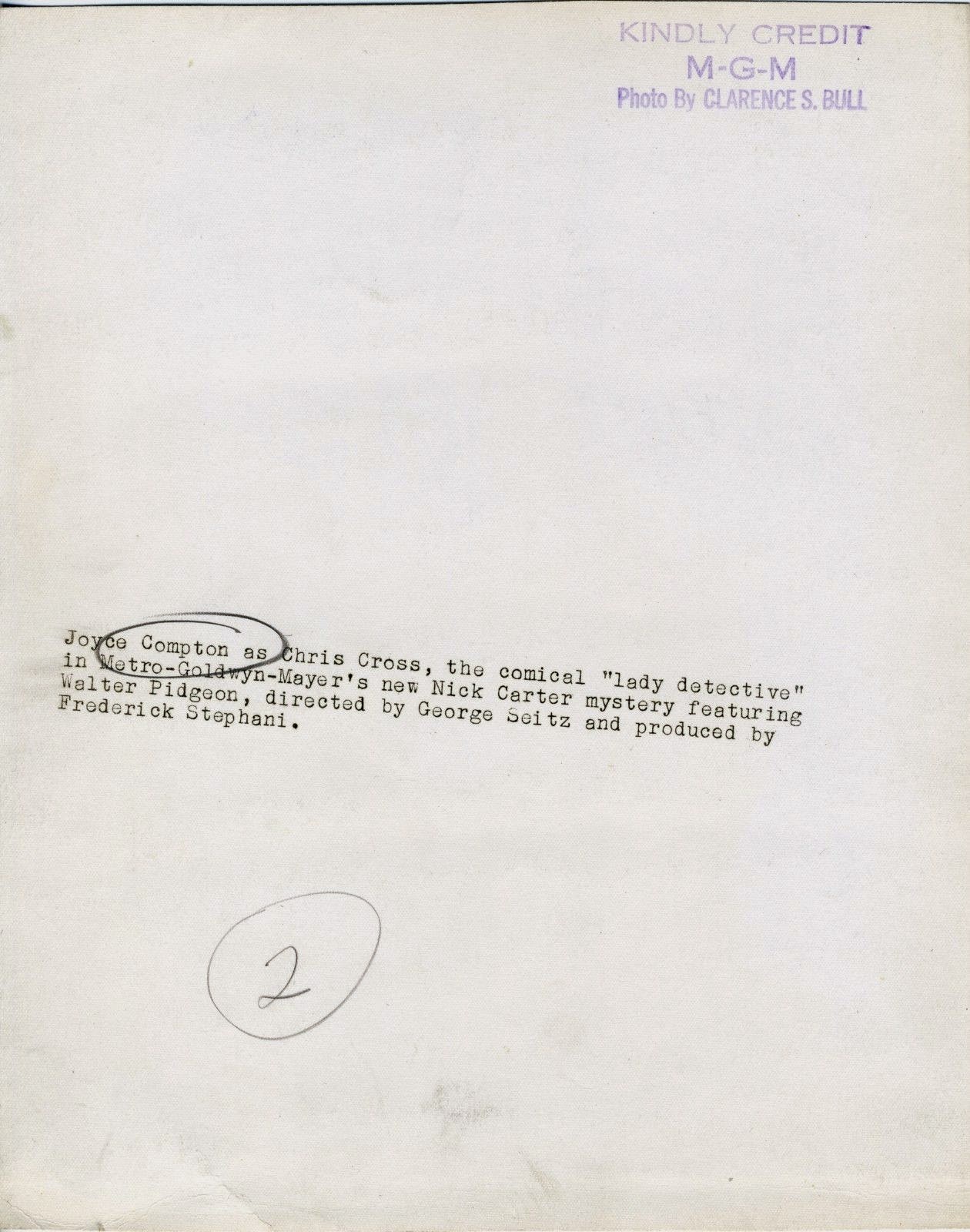 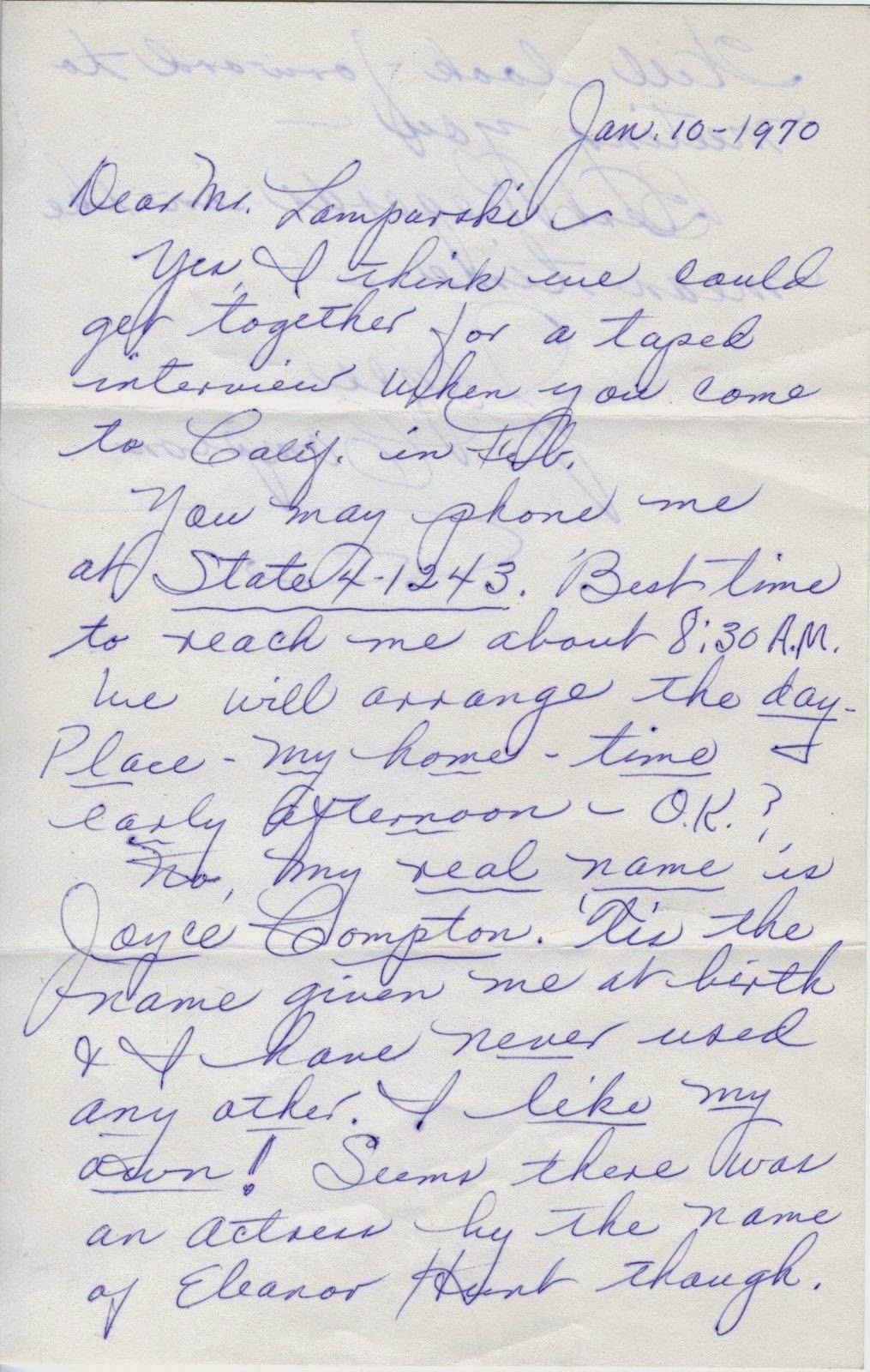 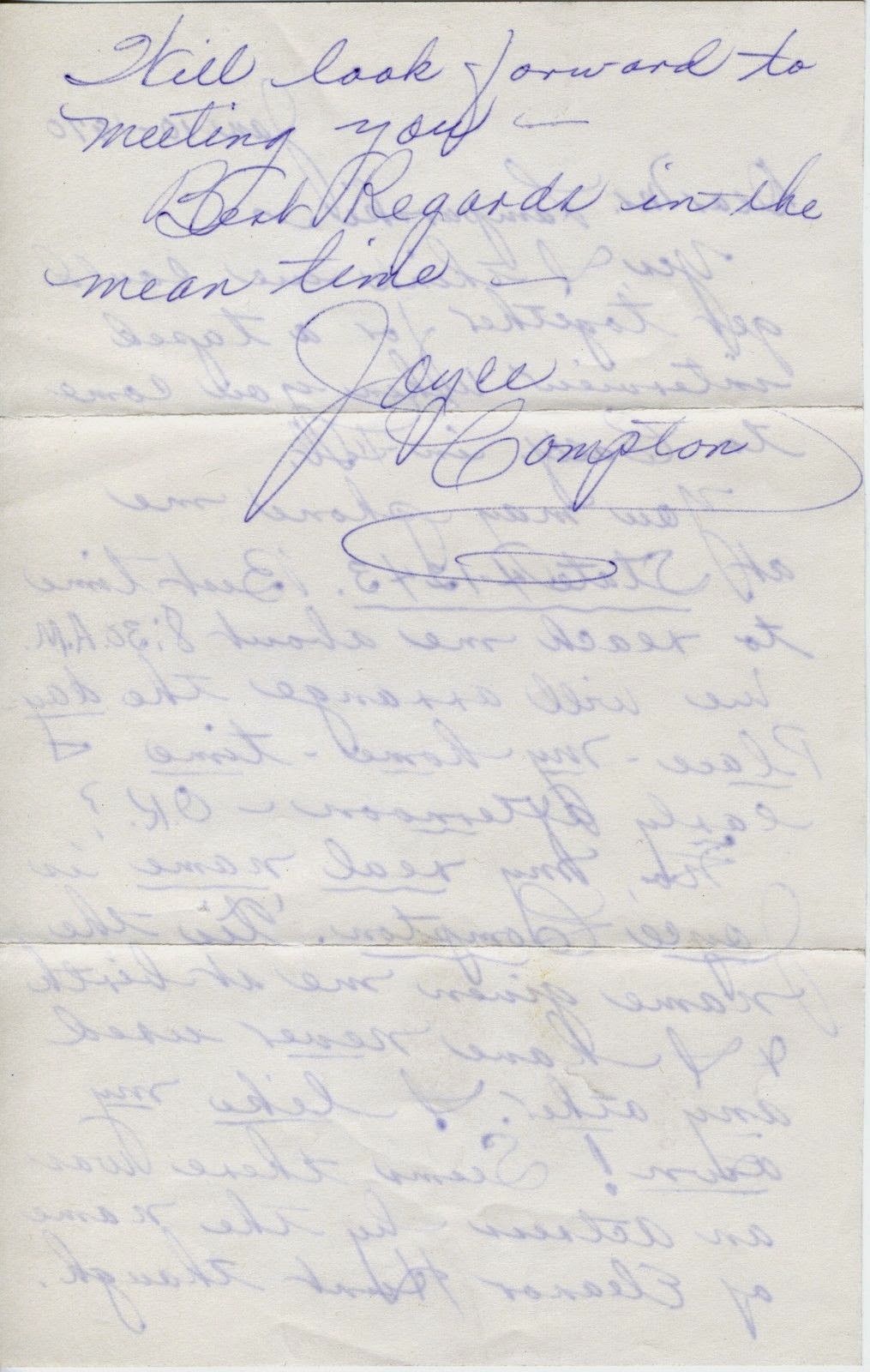 Joyce Compton was an American actress who acted in more than 200 films during her 35 year career.  She was born Olivia Joyce Compton in Lexington, Kentucky and not "Eleanor Hunt" as is frequently erroneously stated.  She had appeared in the 1931 film “Good Sport” with Eleanor Hunt and this confusion in an early press article followed Compton throughout her career.  She addresses this confusion with her original name in this letter, which is included in this listing.
JOYCE COMPTON first made a name for herself when she was named one of the WAMPAS Baby Stars in 1926, alongside: Mary Brian, Dolores Costello, Joan Crawford, Dolores del Río, Janet Gaynor and Fay Wray.
A devout Christian, on her gravestone, just beneath her dates of birth and death, is written "Christian Actress".
On the back of the photo, is a blue stamp for “Kindly Credit M-G-M  Photo by CLARENCE S. BULL”
Also selling is a 5 3/8” X 8 1/2” Vintage Original AUTOGRAPH LETTER signed by JOYCE COMPTON with her own hand in blue ink, dated January 10, 1970. It reads:

No, my real name is Joyce Compton. 'Tis the name given me at birth & I have never used any other.  I like my own! Seems there was an actress by the name of Eleanor Hunt though.

Will look forward to meeting you--

Best regards in the mean time--

JOYCE COMPTON”
Note: JOYCE COMPTON wrote this letter to RICARD LAMPARSKI, a well-known author who interviewed the movie stars, and wrote several books on the stars.  Letters written to him are highly collectible.