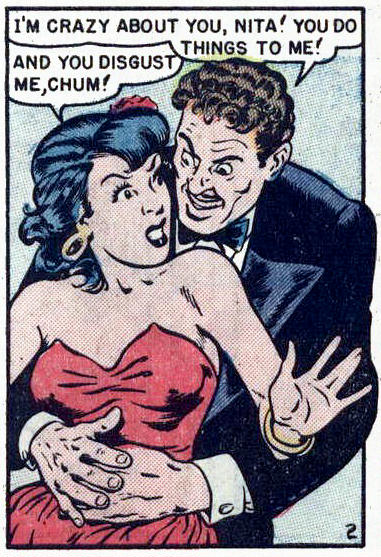 The Nita Gomez of this story was inspired by Lupe Velez, who was still making movies at the time that it was originally published. But being a fictional story they changed many details, and being a romance comic book story it had to fit the formula they had at the time. The heroine faces hardship and heartbreak, to finally find true love in the end. If only it had worked out that way for Lupe Velez as well. Originally published in LOVE SECRETS #41 in 1941. 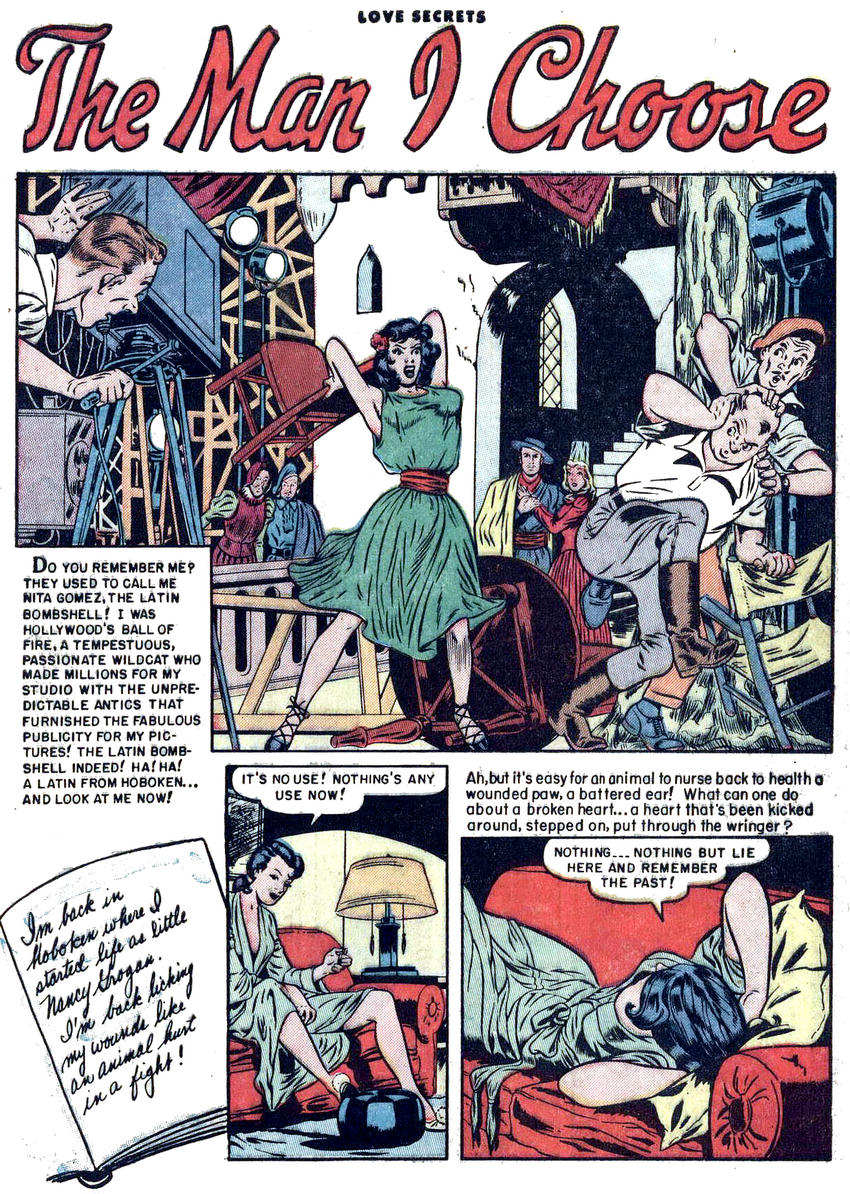 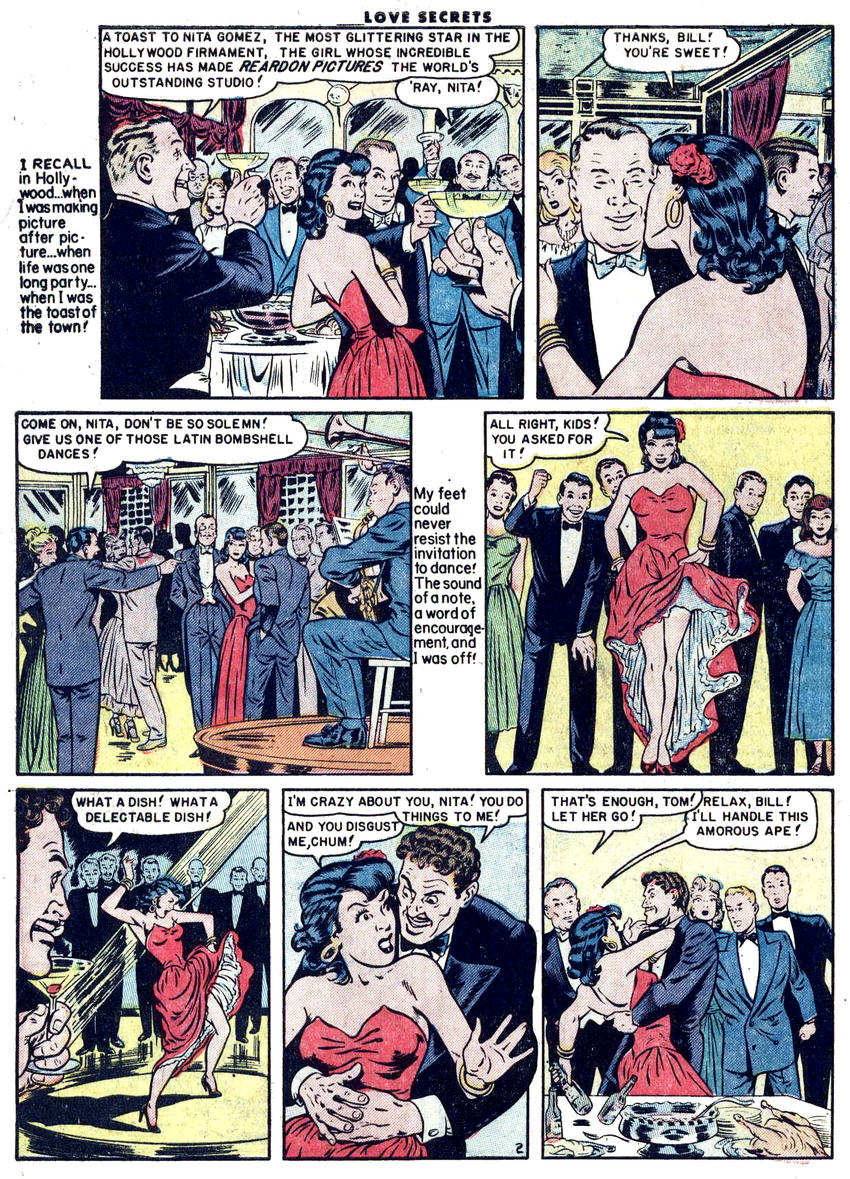 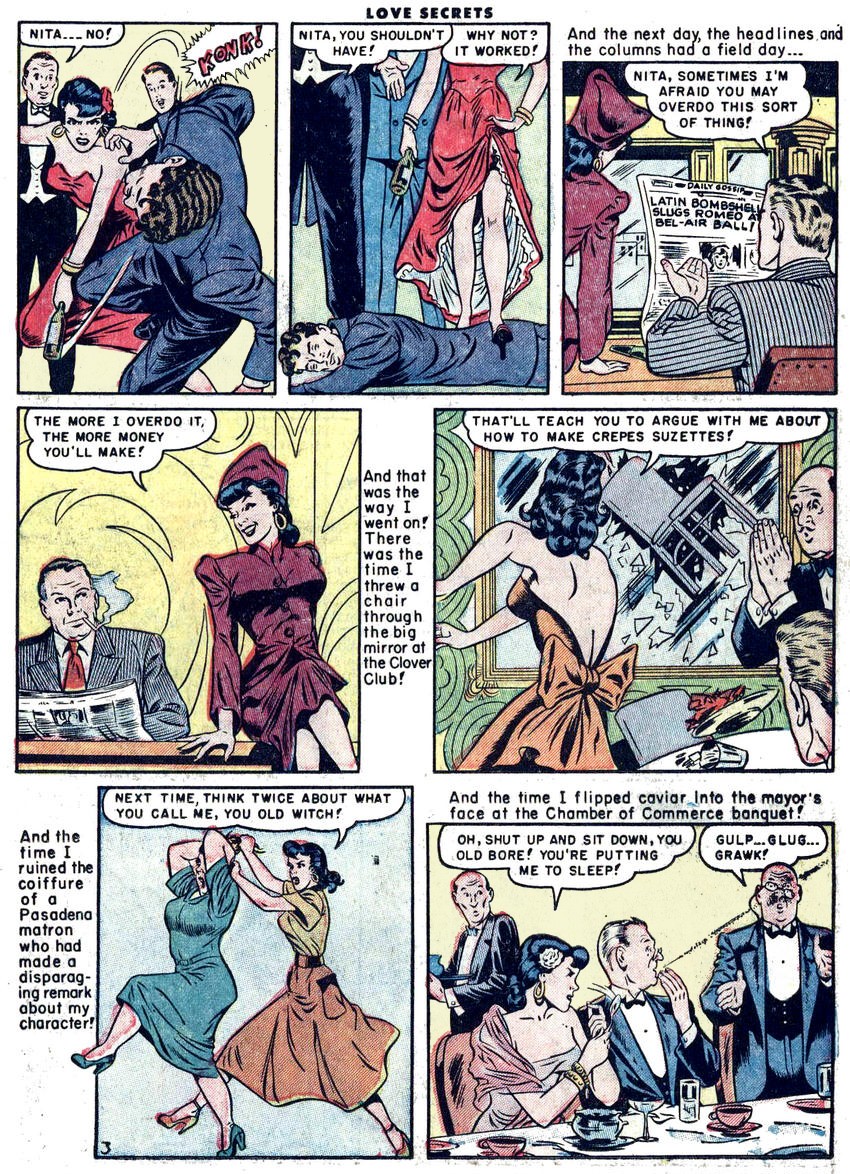 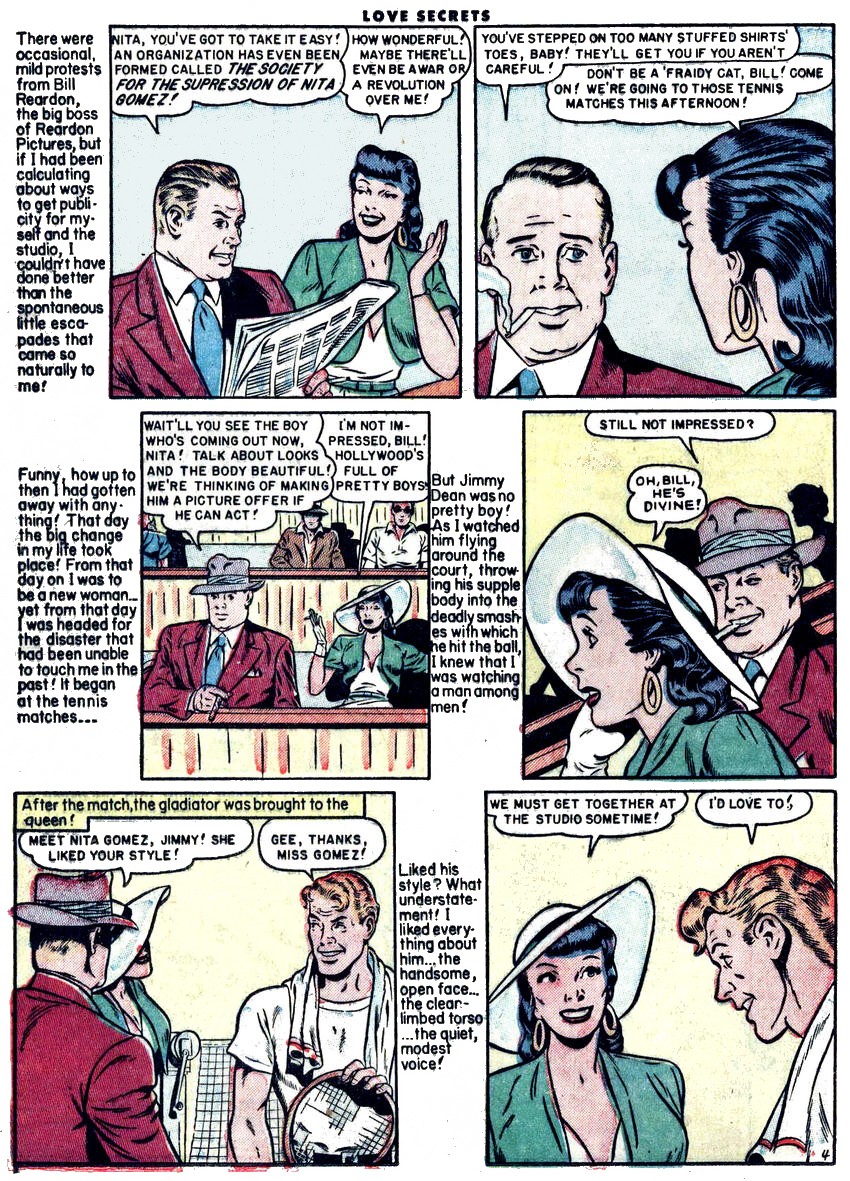 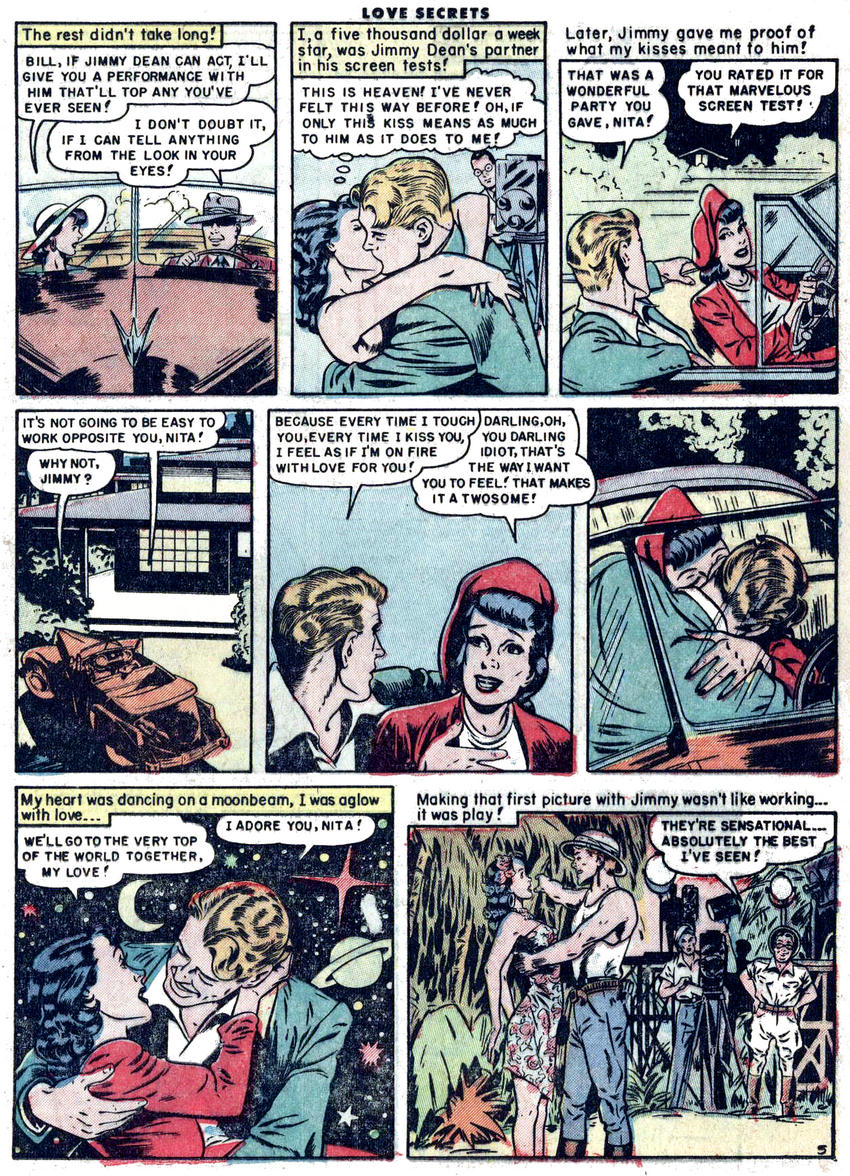 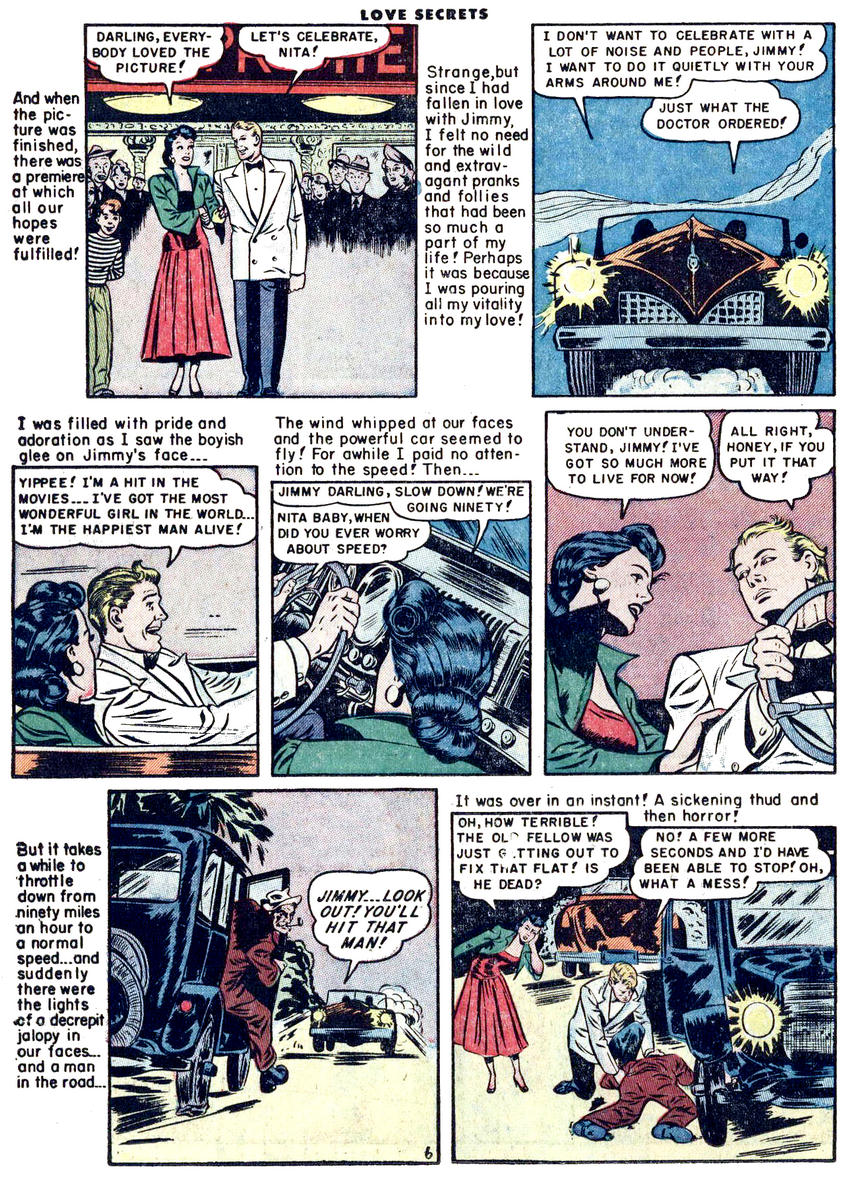 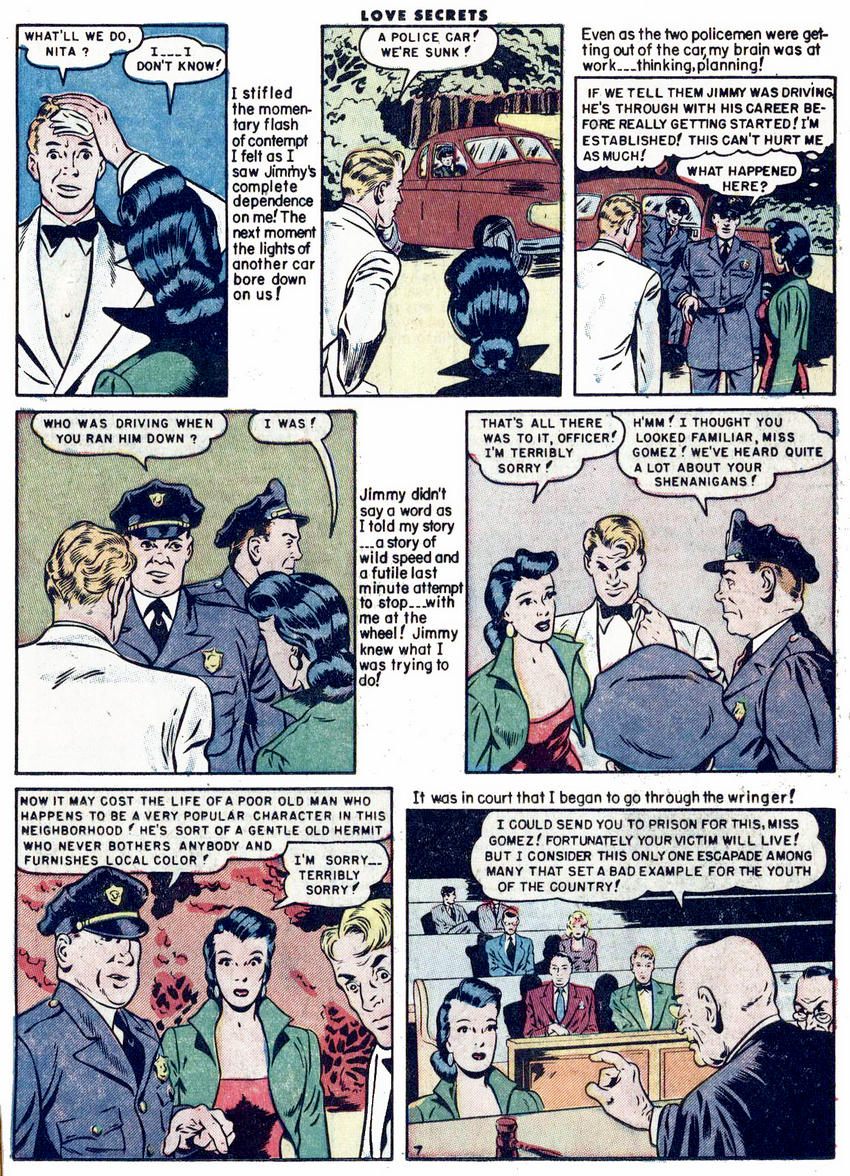 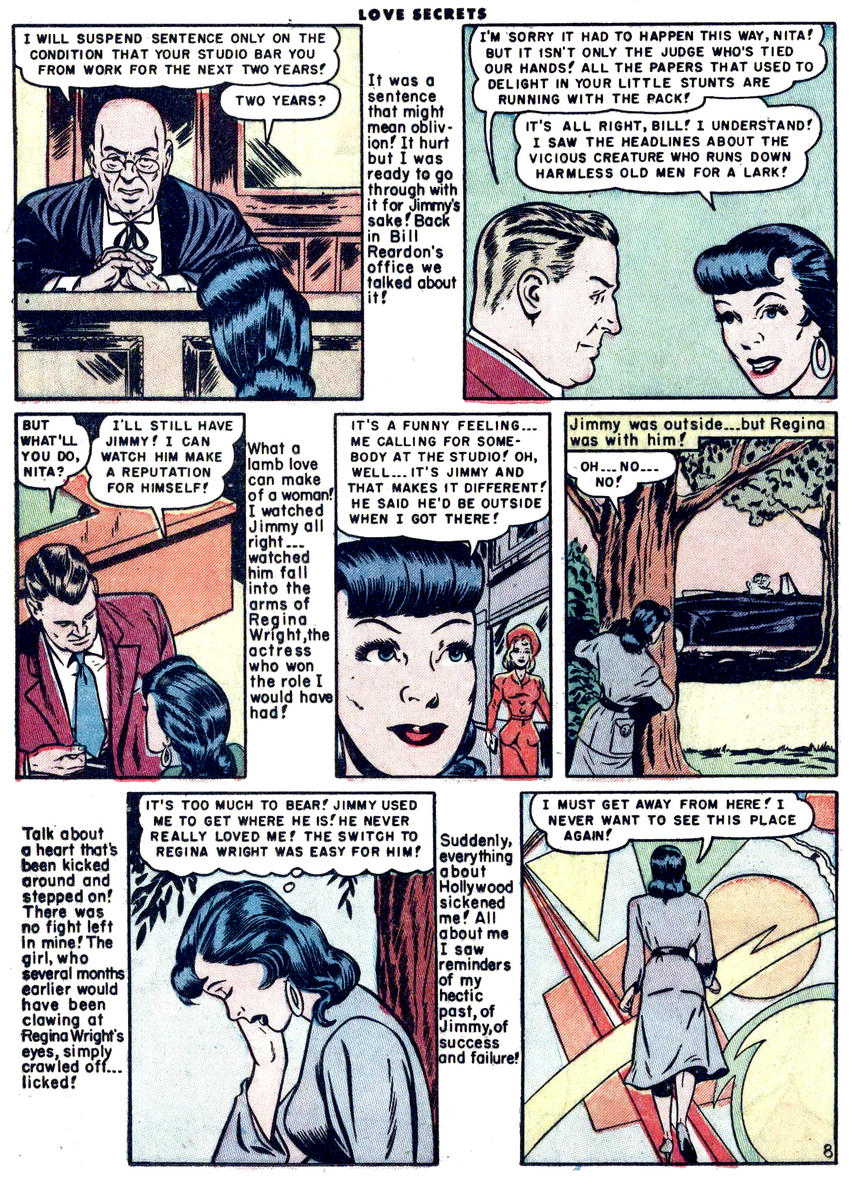 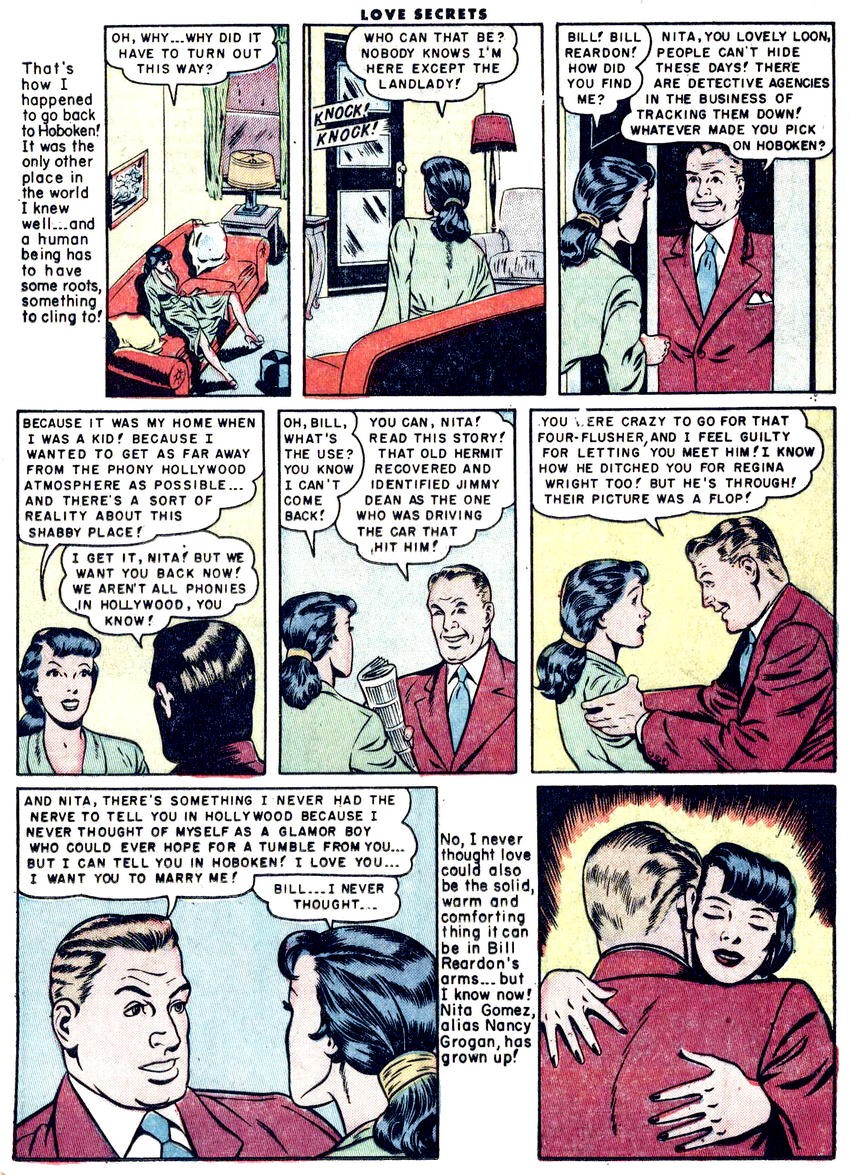