Thelma Todd's weight was 149 pounds at one time.  She did not feel that she was overweight, but the studios did. Their insistence that the actresses be thin caused many problems. 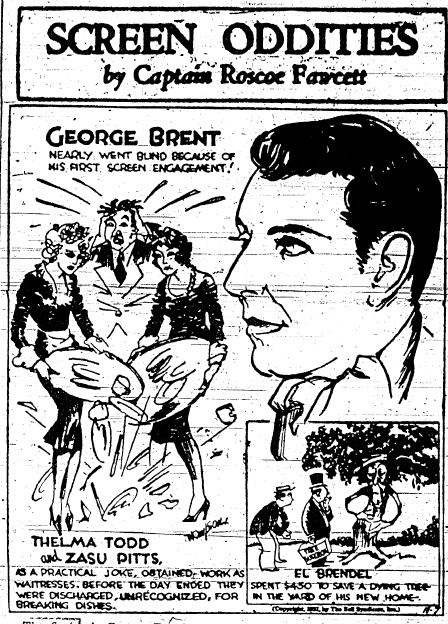 Thelma Todd's bed was depicted in another cartoon. 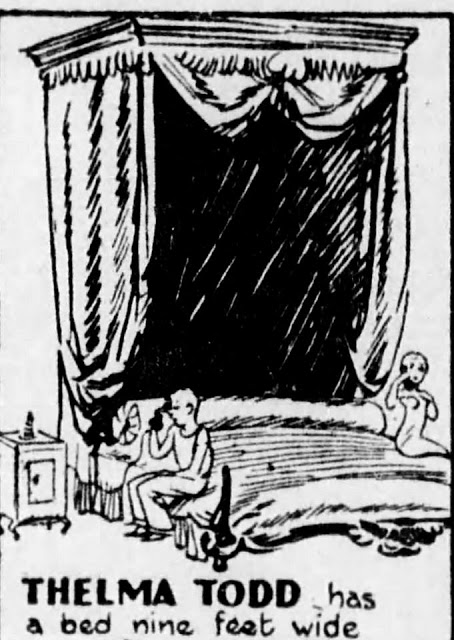