Ad for Thelma Todd movie proclaims that none other than Popeye hiself will appear in person, in the person of voice actor Billy Costello.


POPEYE IN PERSON!! In 1934, audiences at Cleveland's Circle Theatre were treated to a personal appearance by none other than Popeye, the Sailor in the form of vaudevillian and voice actor, William "Billy" Costello (1898-1971).

Costello provided the voice for the spinach-swallowing sailor for the first 25 Popeye cartoons produced the Fleischer Studios. Per Wikipedia: "...he was fired by the Fleischers, allegedly over 'bad behavior,' and was replaced with Jack Mercer. Costello's final appearance was in You Gotta Be a Football Hero (1935). 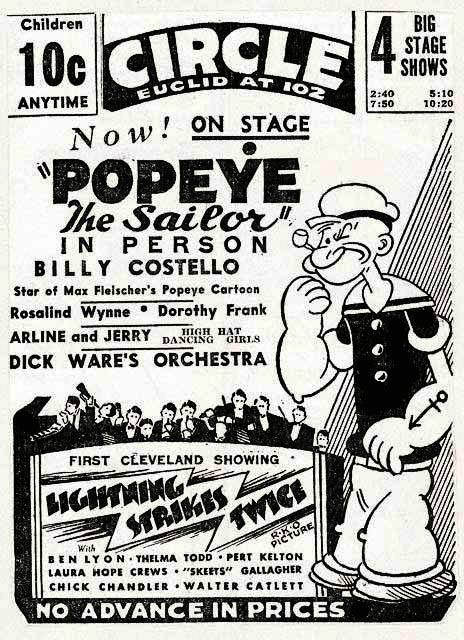