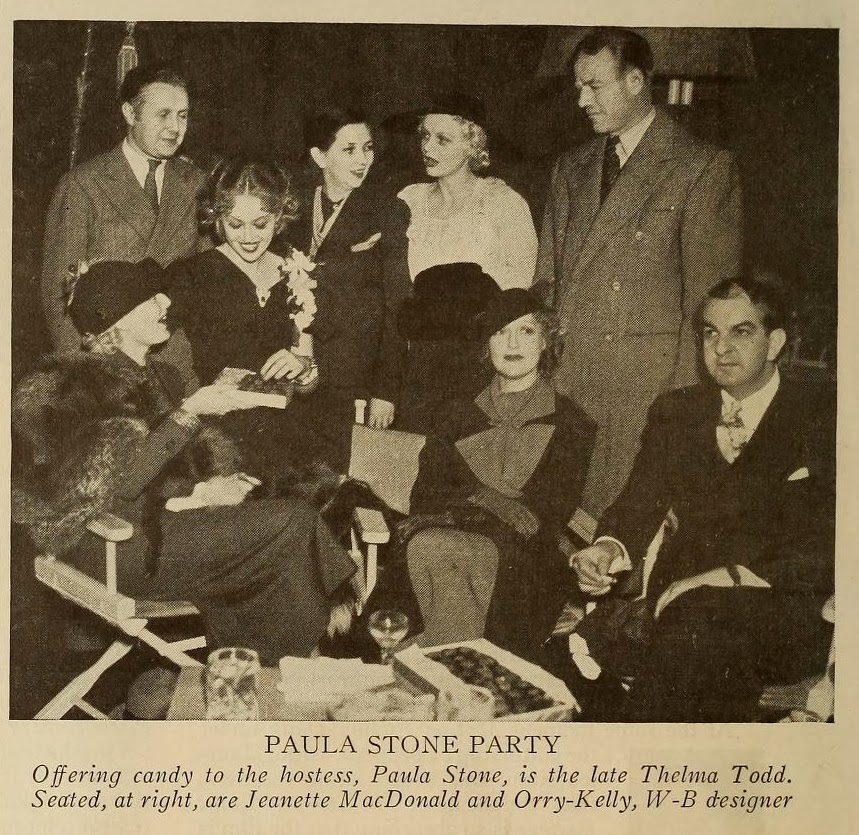 Here we see Marie Wilson with Thelma Todd and Patsy Kelly as well as Jeanette MacDonald at a Hollywood party in 1935.

The only Jeanette MacDonald movie I ever saw on local television was SAN FRANCISCO ( 1938 )..Jeanette MacDonald was a star in the thirties, who is best known for working with Nelson Eddy, but none of those movies were ever run here*.

The fact that those movies were not being run here does not mean that there is no interest in them or that these stars have been forgotten. Jeanette MacDonald and Nelson Eddy are still popular. There is still a fan club for them which has been publishing a fanzine**, . 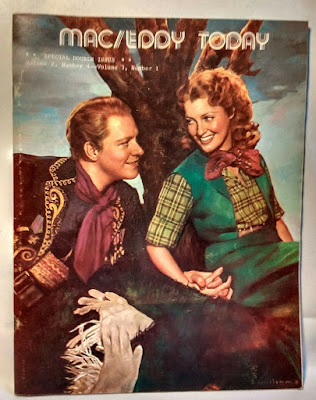 and it's even possible to get back issues of their fanzine.reprinted in book form.

*A PBS documentary on Jeanette MacDonald and Nelson Eddy was run here, but not the movies themselves..

**I have seen this fanzine at a local auction, so someone in this area was getting it, and what I have written is not theoretical. It is a description of things as I know them to have been at that time.