Richard W. Bann:  When the Tim McCoy series concluded, Metro decided it was through distributing westerns. They refused to carry the Hart film. I have some stills only. Hal Roach was greatly disappointed.

William S Hart at the studio with the Our Gang kids. 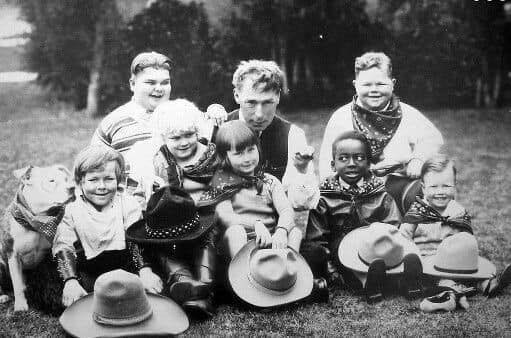