I haven't been using the are groups since they got rid of everything. I have copies of some of it, but a lot of it is gone as far as I know. I was not given lot of time to prepare and could only save so much.

The Thelma Todd Club on Yahoo began when I started it in 1999. Another moderator, Jamie Evangelista, provided the group's home page picture, which I now use for this blog. 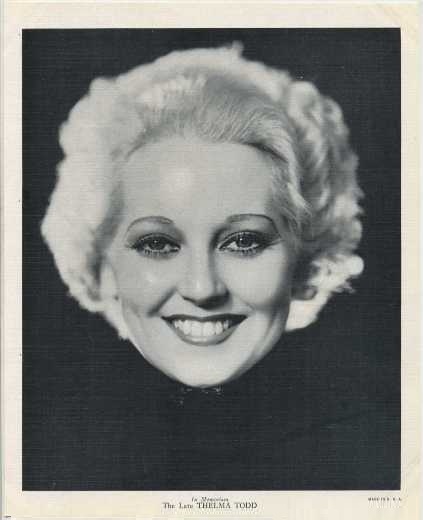 This group is mentioned in some books about Thelma Todd, the authors of those books having become members. We were also able to communicate with a few other authors who had written about Thelma Todd in other books. When we had a petition to get TCM to run Thelma Todd movies* a number of them signed it. Which could be the only time they all worked together on one project.
*Another group, "Thelma Todd Fans", had another petition to TCM after that, and TCM did have a day of Thelma Todd movies .
Thelma Todd Day on TCM:
http://benny-drinnon.blogspot.com/2013/08/tcm-thelma-todd-marathon.html