"Smile When the Raindrops Fall" Music

"Smile When The Raindrops Fall" was a song that was used in a number of Hal Roach comedies in the 1930's.


Here is some sheet music for this song, which features little pictures of Roach's stars on the cover. It also mentions that the song is sung by Charlie Chase in the two-reel comedy WHISPERING WHOOPIE. Thelma Todd is also in that one, but is positioned closer to Harry Langdon than to Charlie Chase on the cover. Presumably this is because Charlie Chase has the central position and the others are around the edges. 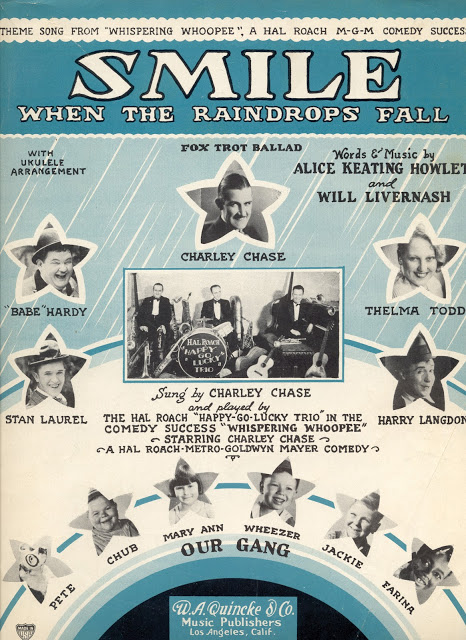 Posted by Benny Drinnon at 9:03 AM