I liked the Thelma Todd fanzine, but I didn't like all the arguments that came with it. They argued that I had been claiming that Luciano had murdered Thelma Todd without my doing that, and claimed that the Andy Edmonds book was my source for that story while I had seen it in other books before that, regardless of how I might have regarded that story.

Their fanzine had endorsed that story and that book in the first issue, I later found out. Something they might not want to have known, since the same group afterwards insisted that viewpoint could not be tolerated. 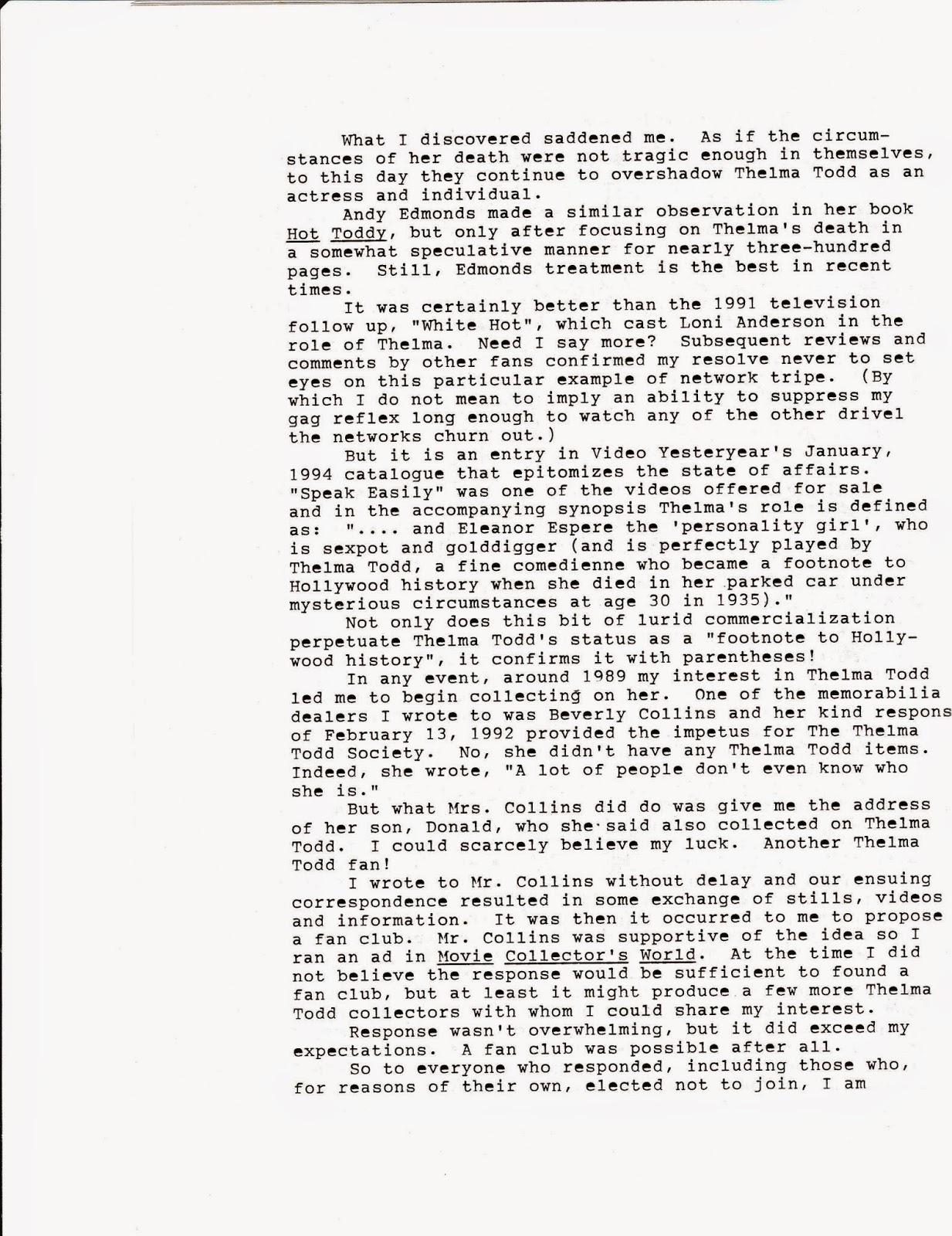 "Best book on the subject". 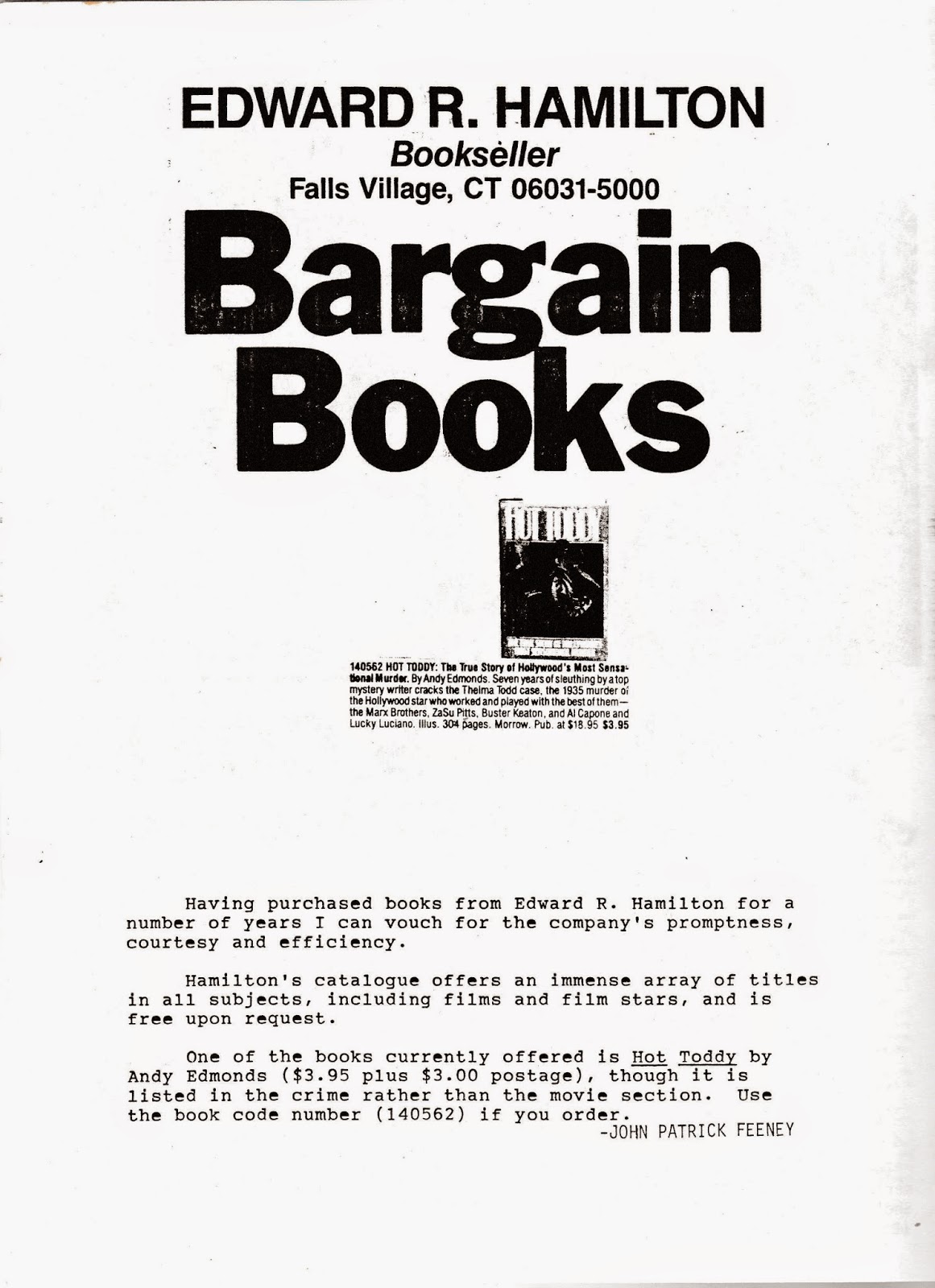 Ad for the Andy Edmonds book.

So this particular publication reversed it's position regarding that particular book. And that is that.