An Ad For The CINEARTE Album Edition

An ad for the CINEARTE album edition, which was published on the earliest days of 1930. This magazine is fully available online 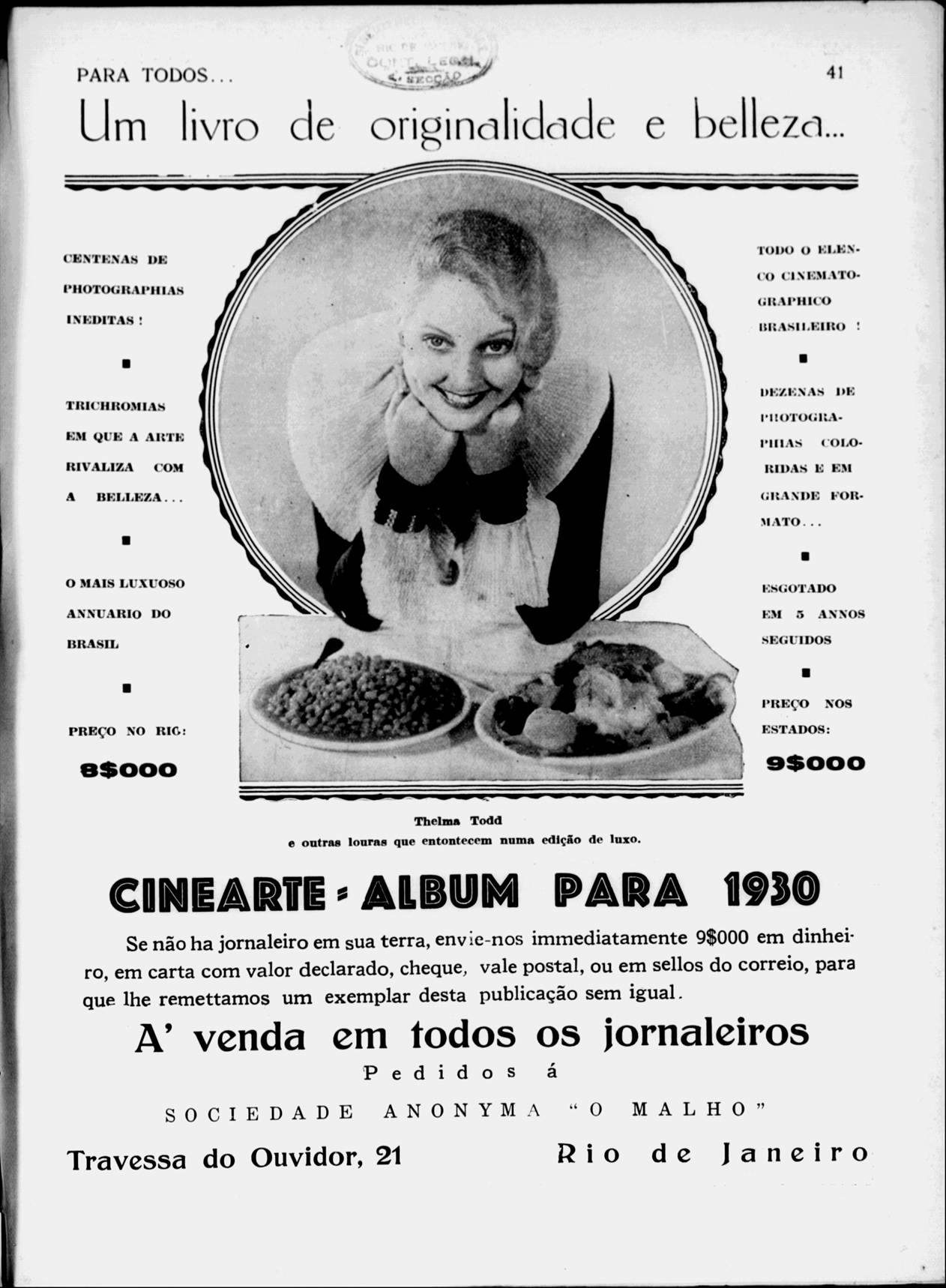 This has an old publicity photo from the silent era, it shows Thelma Todd with beans because of the association of beans with Boston, and they were saying she was from Boston. Actually she was from Lawrence, another city in Massachusetts.

Posted by Benny Drinnon at 9:22 AM