From School Teacher To Actress

A publicity item about Thelma Todd, which was published in an Australian newspaper. 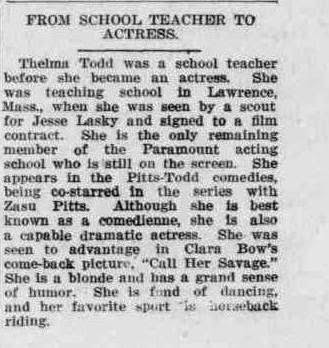