SHOW BUSINESS was directed by Jules White and you see his name at the top of the script, along with "Pitts" and "Todd". White would later remake this film as A PAIN IN THE PULLMAN with the Three Stooges. 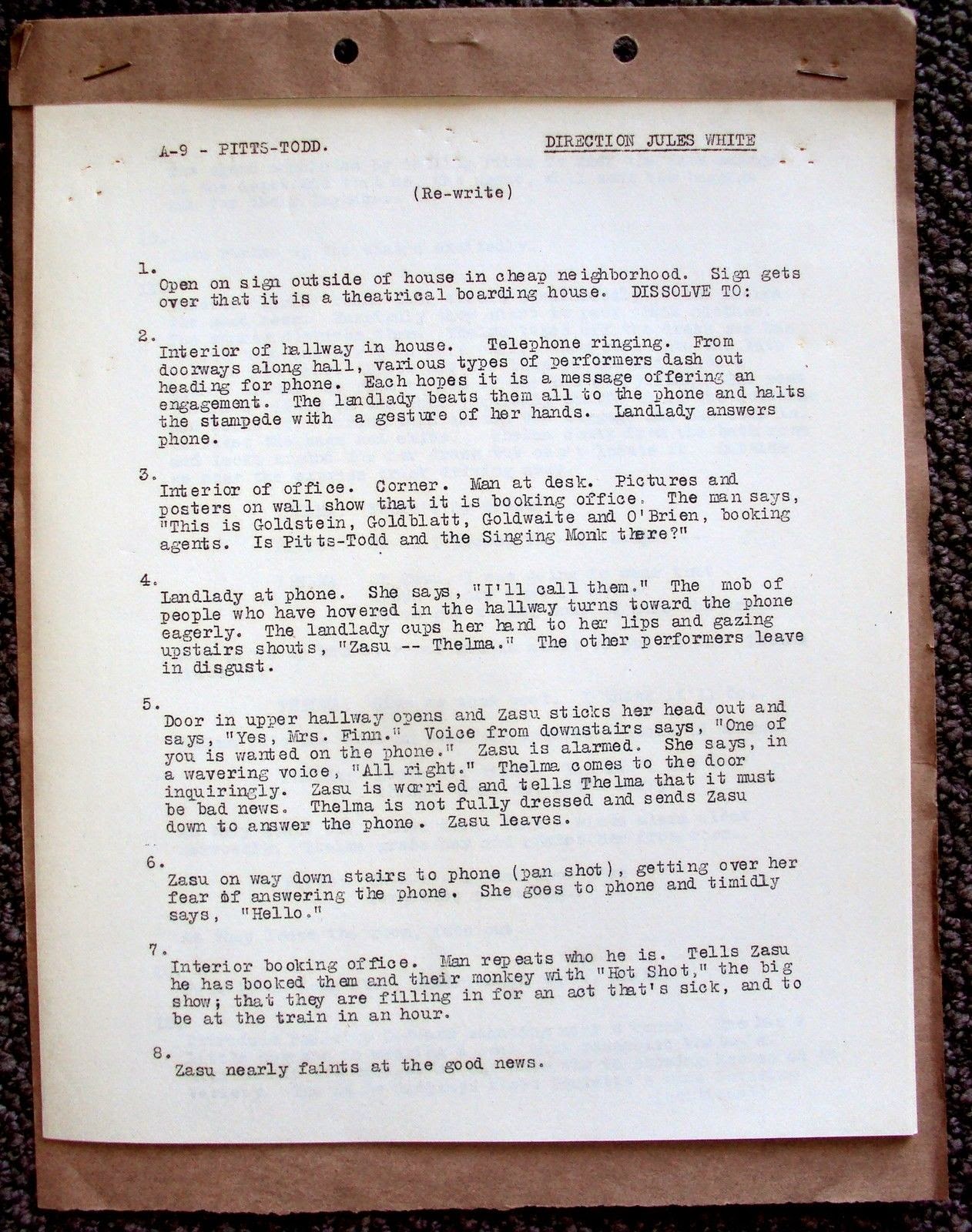 This is an ORIGINAL HAL ROACH STUDIOS, INC 7-Page SYNOPSIS SCRIPT.
It measures 9" x 12"
It has the code A-9 PITTS & TODD on the top.
This Studio document is all typed,  It came DIRECT from the HAL ROACH STUDIOS.
It is a typed 13 page RE-WRITE SCRIPT for the 1932 comedy film short,

The girls and their pet monkey create havoc on board a train carrying a traveling Broadway troupe. Todd and Pitts and their singing monkey are out-of-work vaudevillians eating an apple for dinner, when they get a call from their agent telling them to be at the train station in an hour - they have a gig. At the station, they get in a tiff with an egocentric woman who turns out to be the show's star, Anita Garvin. Once on board, they're the victims of a practical joke, and again, Miss Garvin is their bête noire. When it's finally time to turn in, our gals (and their monkey) cause havoc in the sleeping car.