Roach's films were distributed by Pathe in the 1920's.


Jorge Finkielman: This is from CINE MUNDIAL (taken from Lantern), from May 1923, published in New York but intended for Latin American exhibitors. The Hal Roach and Mack Sennett productions are featured and the players are pictured. Notice that the Spanish language title for SAFETY LAST! (EL HOMBRE MOSCA) was already chosen by Hal Roach Studios and was later used in Spain when Paramount released the film in 1927. However, the title for DR. JACK (EL DR. TRIPITAS) was changed by Max Glücksmann (the exhibitor, among other things) to EL DR. SALAMIN for Argentina, Uruguay, Paraguay and Chile; I think that in Spain, when Paramount released it in 1927, they simply used the same title as in English. 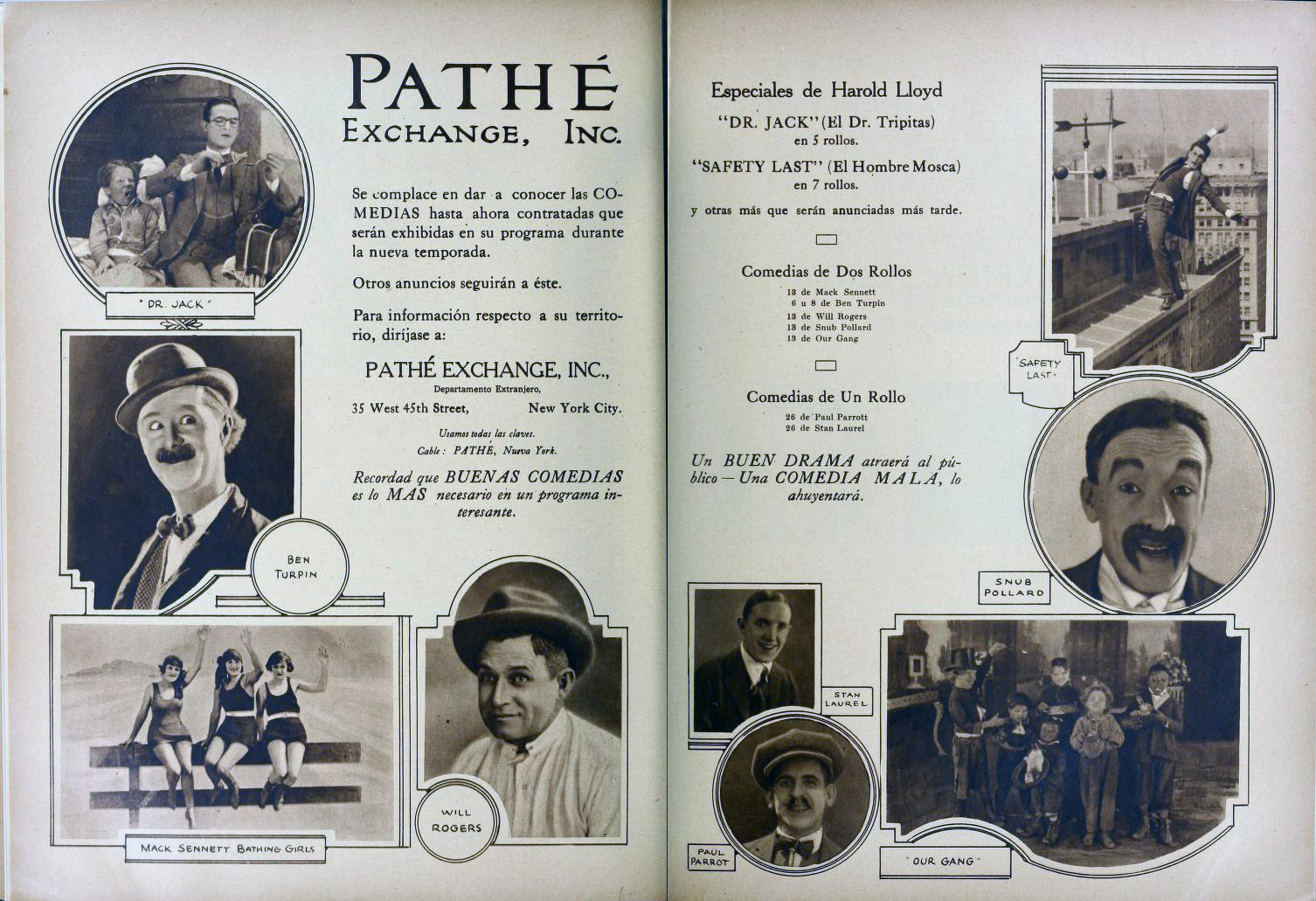 Thanks go to Jorge Finkielman for providing us with this picture.