A little about Dorothy Appleby's days at Pathe, the studio which had at one time produced the famous serial THE PERILS OF PAULINE with Pearl White.

This picture of Dorothy Appleby is supposed to be a publicity picture for LISTEN BABY, but the film never got past the planning stage. 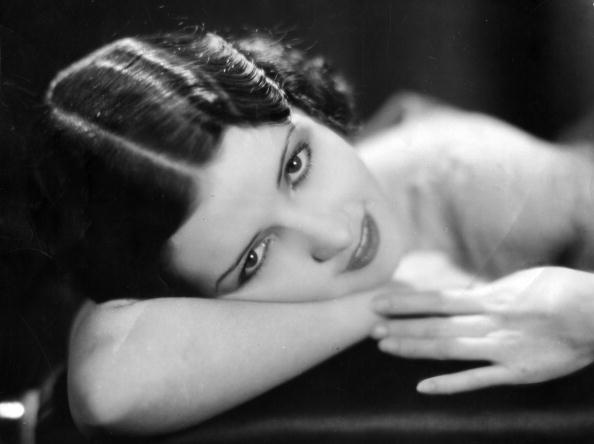 "Dorothy Appleby, the PDC player and female lead in Listen Baby, circa 1934." More photos with another announcement. The names of two different photographers are given. The larger photos appear to be from the same session as the last one.

Movie stars were always posing for silly publicity photos. In this one Dorothy Appleby plants a cherry tree at Pathe. 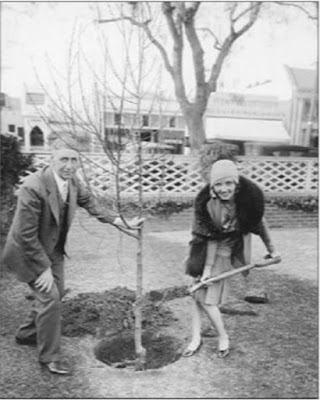 Pathe Studios tree planting, 1929- Dorothy Appleby plants a cherry tree on the lawn at Pathe studios after it was presented to the Culver City Chamber of Commerce. Morton MacCormack, chamber secretary, assisted in the planting after he accepted the tree on behalf of the chamber on this cool day in February.

Dorothy Appleby does not seem to have made any movies for Pathe. That studio was having difficulties during the transition period from silent movies to talking pictures and would cease the production of features in 1931, although they continued to distribute newsreels for years afterwards.