Zasu Pitts was teamed with Thelma Todd by Hal Roach in an attempt to come up with a distaff version of   the team of Laurel and Hardy.

ZaSu Pitts was born in Parsons, Kansas, to Rulandus and Nellie (née Shay) Pitts; she was the third of four children. Her father, who had lost a leg while serving in the 76th New York Infantry Regiment in the Civil War, had settled the family in Kansas by the time ZaSu was born.[3]
The names of her father's sisters, Eliza and Susan, became the basis for ZaSu's unique first name, which has been (incorrectly) spelled as Zazu Pitts in many film credits and articles. Though the name is commonly mispronounced /ˈzæzuː/ ZAZ-oo or /ˈzeɪsuː/ ZAY-soo, or /ˈzeɪzuː/ ZAY-zoo, in her 1963 book Candy Hits (p. 15),[citation needed] Pitts herself gives the correct pronunciation as "Say Zoo" (/ˈseɪzuː/), recounting that Mary Pickford predicted, "[M]any will mispronounce it," and adding, "How right [she] was."
In 1903, when she was nine years old, the family moved to Santa Cruz, California, seeking a warmer climate and better job opportunities. Her childhood home at 208 Lincoln Street still stands. She attended Santa Cruz High School, where she participated in school theatricals.[4]

Pitts made her stage debut in 1914–15 doing school and local community theater in Santa Cruz, California. Going to Los Angeles in 1916 she spent many months imploring studio casting offices for work as a film extra. Finally she was discovered for substantive roles in films by pioneer screenwriter Frances Marion. Marion cast Pitts as an orphaned slavey (child of work) in the silent film, The Little Princess (1917), starring Mary Pickford.
Years later, Pitts became a leading lady in Erich von Stroheim's epic masterpiece, Greed (1924); based on this performance, von Stroheim labeled Pitts "the greatest dramatic actress". Von Stroheim also featured her in his films Sins of the Fathers (1928), The Wedding March (1928), War Nurse (1930) and Walking Down Broadway, which was re-edited by Alfred L. Werker and released as Hello, Sister! (1933). She earned praise in all those films. 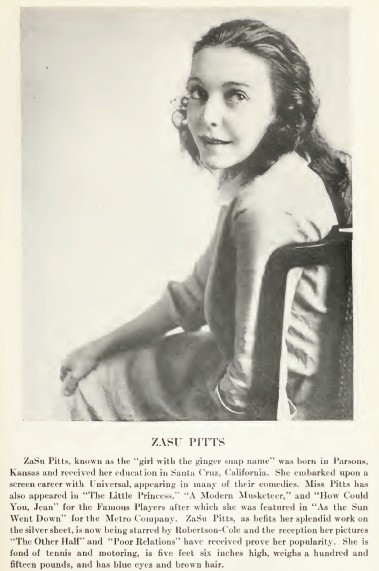 Circa 1920
Pitts grew in popularity following a series of Universal one-reeler comedies and earned her first feature-length lead in King Vidor's Better Times (1919). The following year she met and married actor Tom Gallery. The couple paired in several films, including Bright Eyes (1921), Heart of Twenty (1920), Patsy (1921) and A Daughter of Luxury (1922). Their daughter, Ann, was born in 1922.
In 1924, the actress, now a reputable comedy farceuse, was given the greatest tragic role of her career in Erich von Stroheim's epic classic, Greed (1924), a twelve-hour-plus picture, edited to under four hours. The surprise casting initially shocked Hollywood, but showed that Pitts could draw tears with her doleful demeanor as well as laughs. The movie has gained respect over time, having failed initially at the box office due to its extensive cutting.
Pitts enjoyed her greatest fame in the 1930s, often starring in B movies and comedy shorts, teamed with Thelma Todd. She also played secondary parts in many films. Her stock persona (a fretful, flustered, worrisome spinster) made her instantly recognizable and was often imitated in cartoons and other films. She starred in a number of Hal Roach shorts and features, and co-starred in a series of feature-length comedies with Slim Summerville.
Switching between comedy shorts and features, by the advent of sound, she was relegated to comedy roles. A bitter disappointment was when she was replaced in the classic war drama All Quiet on the Western Front (1930) by Beryl Mercer after her initial appearance in previews drew unintentional laughs, despite the intensity of her acting. She had viewers rolling in the aisles in The Dummy (1929), Finn and Hattie (1931), The Guardsman (1931), Blondie of the Follies (1932), Sing and Like It (1934) and Ruggles of Red Gap (1935).
In the 1940s, she also found work in vaudeville and on radio, trading quivery banter with Bing Crosby, Al Jolson, and Rudy Vallee, among others. She appeared several times on the earliest Fibber McGee and Molly show, playing a dizzy dame constantly looking for a husband. Her brief stint in the Hildegarde Withers mystery series, replacing Edna May Oliver, was not successful, however. In 1944 Pitts tackled Broadway, making her debut in the mystery, Ramshackle Inn. The play, written expressly for her, fared well, and she took the show on the road in later years. Post-war films continued to give Pitts the chance to play comic snoops and flighty relatives in such fare as Life with Father (1947), but in the 1950s she started focusing on TV.
This culminated in her best known series role, playing second banana to Gale Storm on The Gale Storm Show (1956) (also known as Oh, Susannah), as Elvira Nugent ("Nugie"), the shipboard beautician. Her last role was as a switchboard operator in the Stanley Kramer comedy It's a Mad, Mad, Mad, Mad World (1963), and, less than seven months after the filming of the last scene, she became that movie's second cast member to die after filming was completed.

Declining health dominated Pitts' later years, particularly after she was diagnosed with cancer in the mid-1950s. However, she continued to work until the very end – making brief appearances in The Thrill of It All (1963) with Doris Day and James Garner, and as a cameo switchboard operator in the sheriff's office in It's a Mad, Mad, Mad, Mad World.

She died June 7, 1963, aged 69, in Hollywood and was interred at Holy Cross Cemetery, Culver City.

Below is a highly incomplete list. Full listings of all films (silent and sound), radio, stage, Broadway, television and vaudeville are indexed in the only authorized, complete biography by Gayle D. Haffner, HANDS With A HEART: The Personal Biography of Actress ZaSu Pitts (Outskirts Press, Inc., 2011) 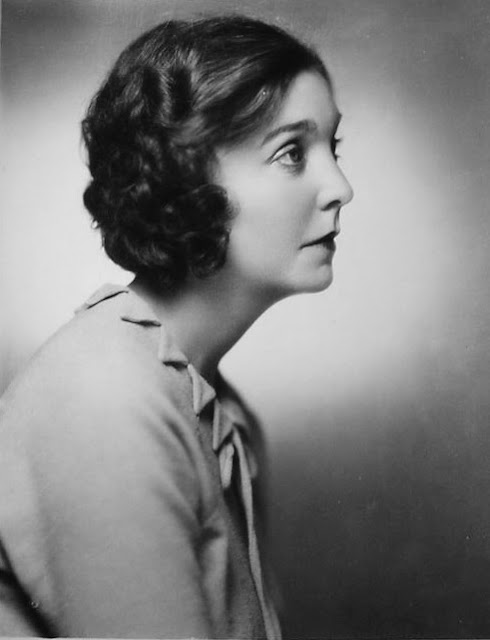 A glamour shot from early in her career. 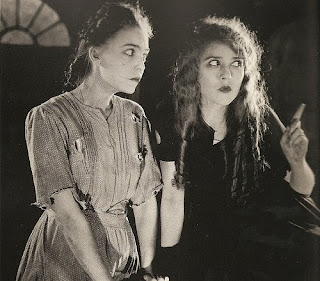 Zasu Pitts with Mary Pickford at the dawn of her career. 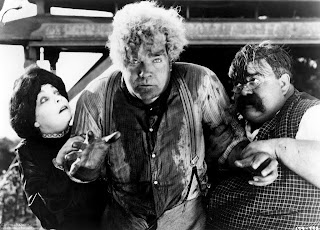 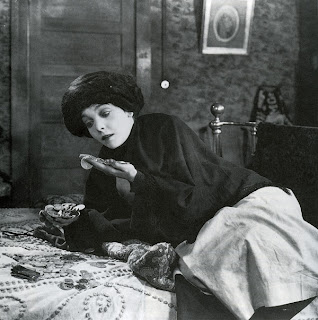 In GREED, the characters in the story are obsessed with money, which ends in tragedy for all. 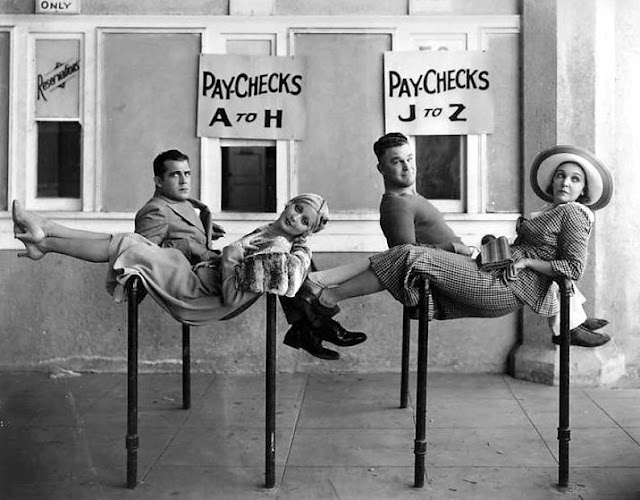 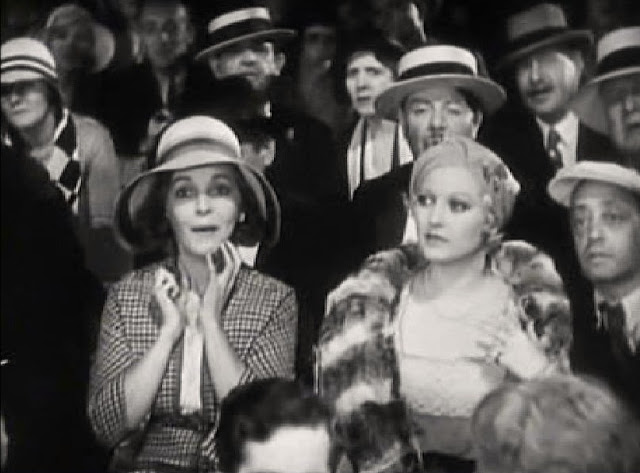 CATCH AS CATCH CAN 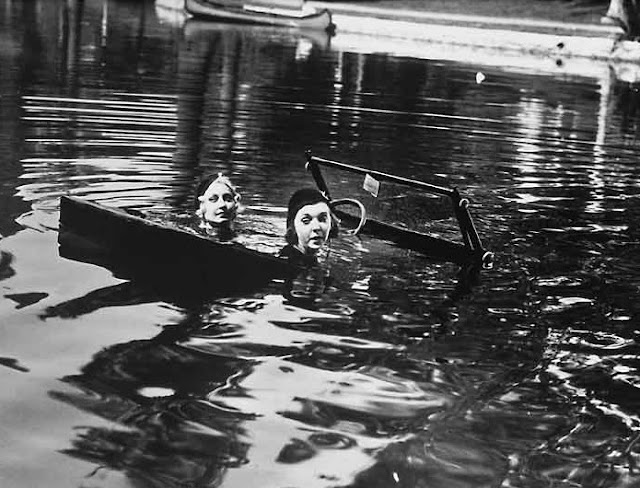 This I suppose is what was called "Lake Laurel and Hardy". 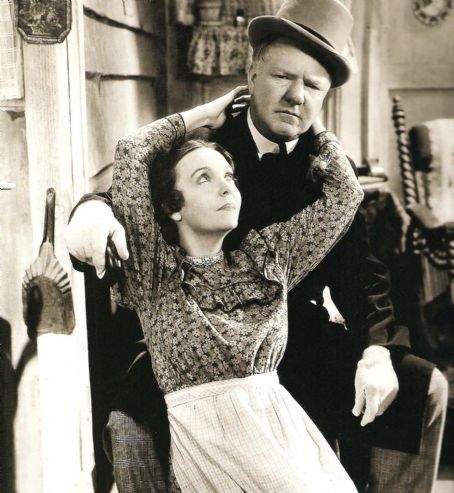 MRS WIGGS OF THE CABBAGE PATCH
with W. C. Fields. 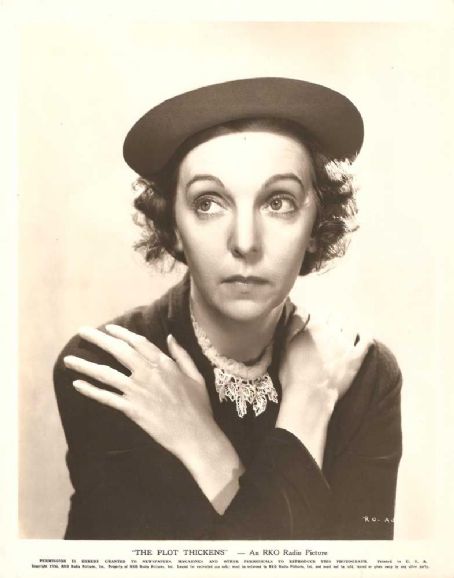 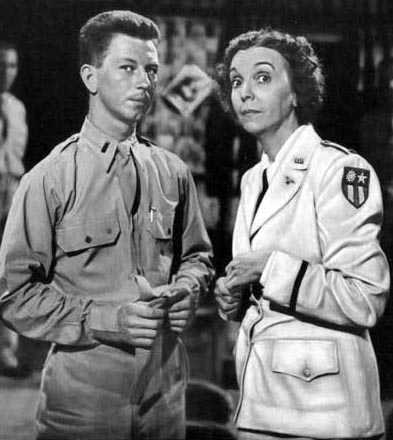 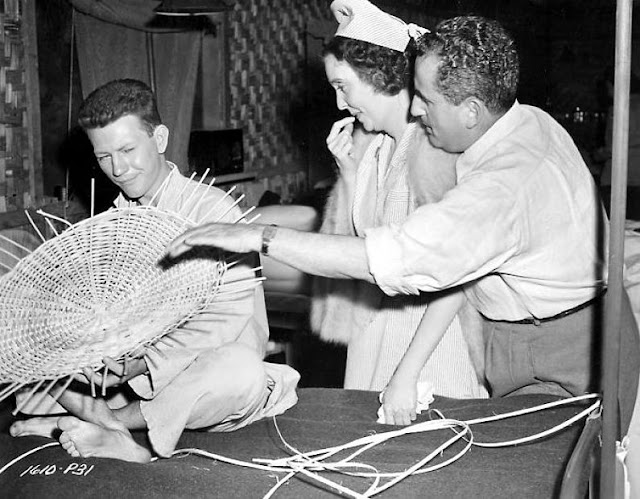 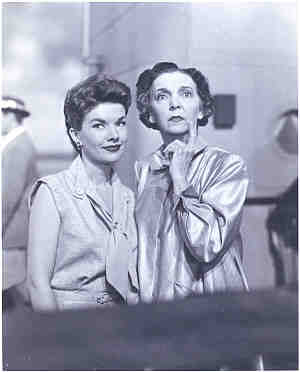 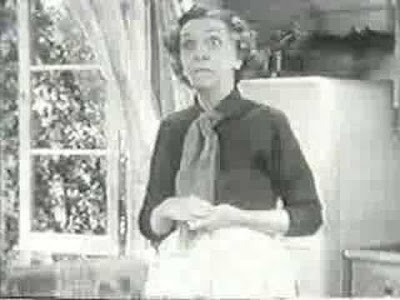 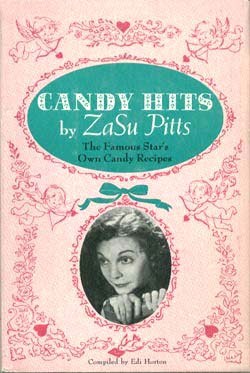 
Rate this page
Zasu Pitts shows us how her mother derived her name from the names "Eliza" and "Susan".
Page ratings

Watch this on youtube to hear the correct pronunciation of her name: