The article about nicknames. 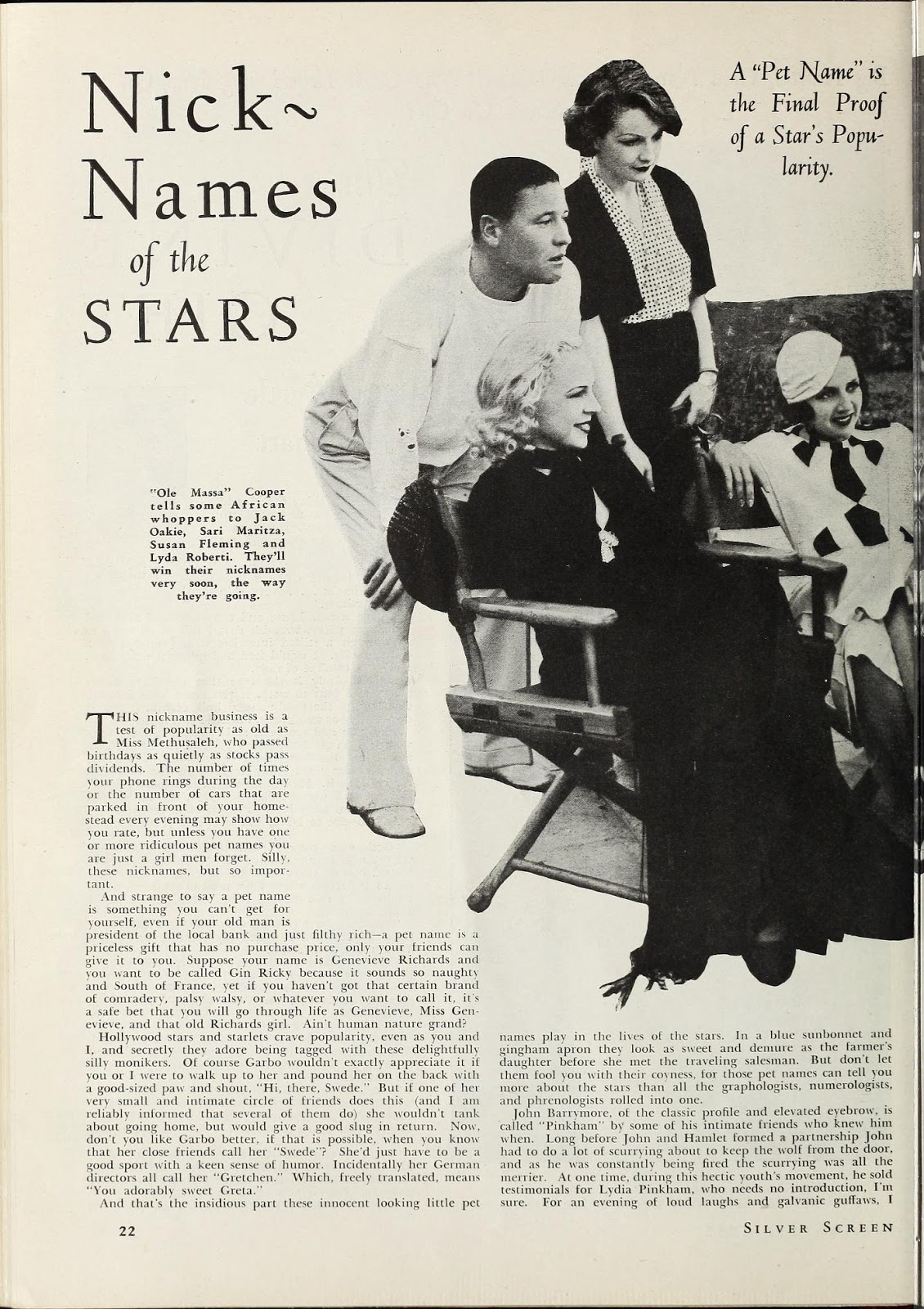 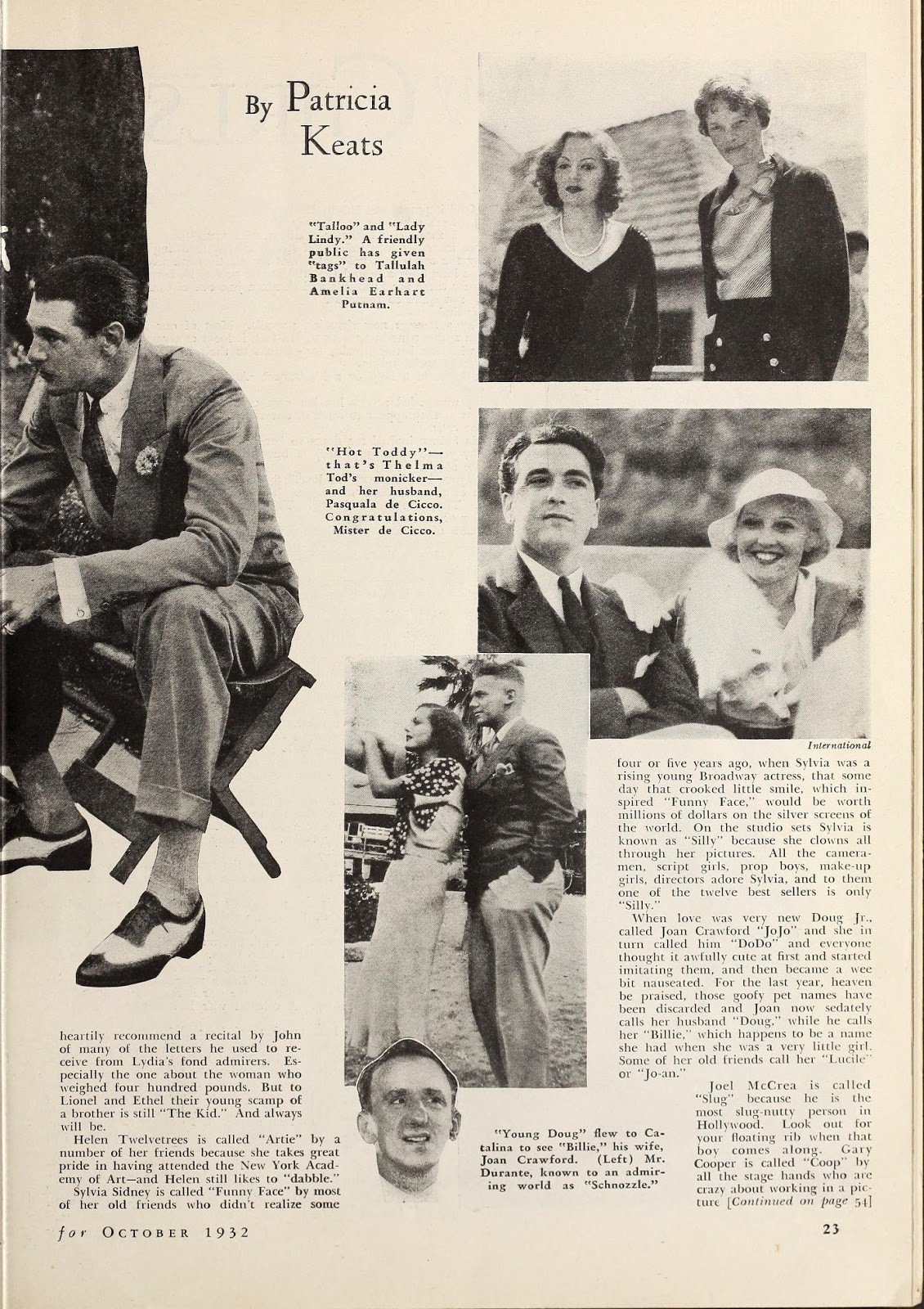 The caption for the photo on the right tells us that Thelma Todd's nickname was "Hot Toddy". More on that later. 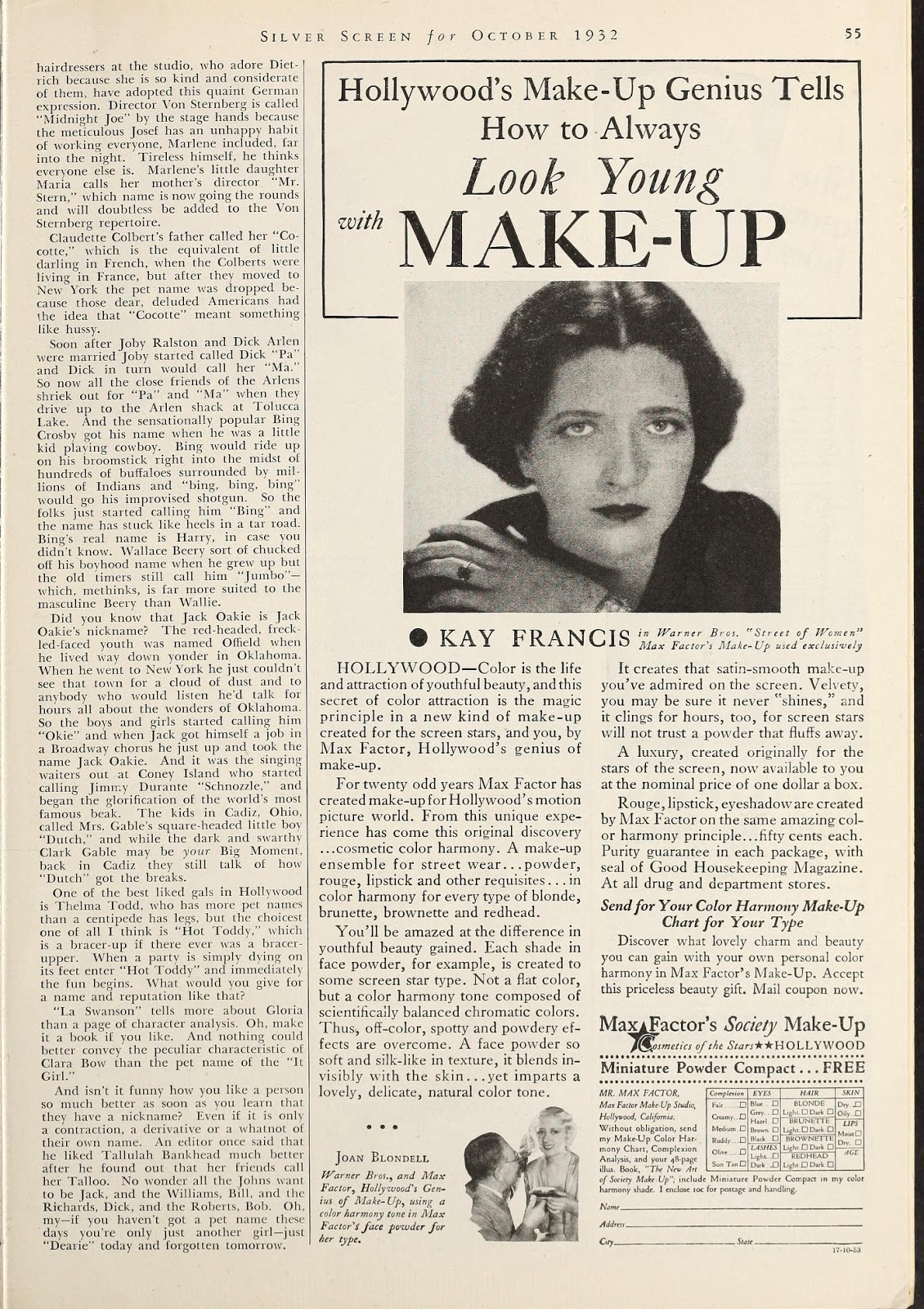 On the lower left it says Thelma Todd's nickname was "Hot Toddy" and gives an explanation. 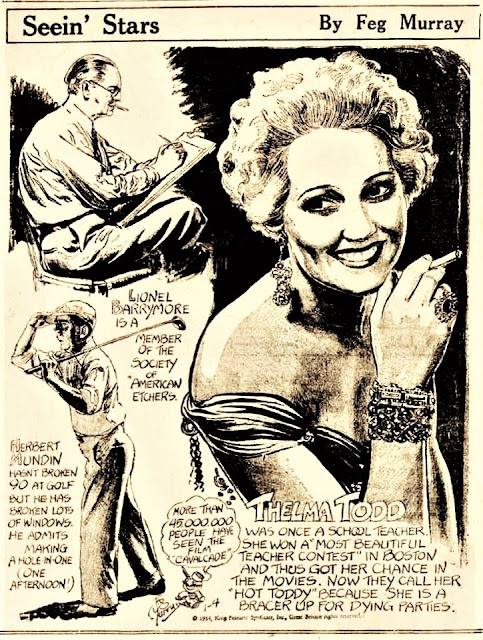 
Some fans don't want anyone to call Thelma Todd "Hot Toddy", although she was called that in her publicity and even in one of her films*.  Some fans also don't want anyone to call Fatty Arbuckle "Fatty" even though he was called that in some of the movie titles. The whole thing is strange, and not likely to endear the supposedly serious fans responsible for this behavior with the general public.