Pie throwing is mentioned in this review. 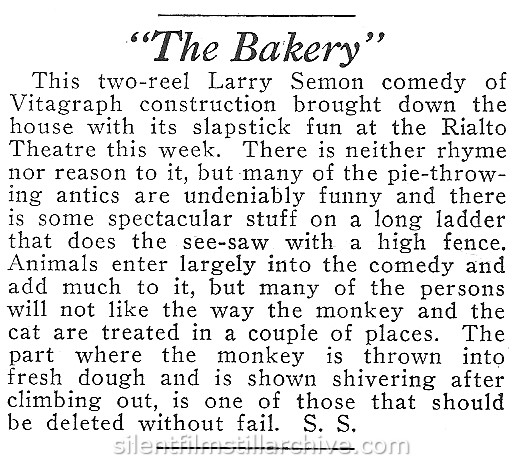 When watching Larry Semon comedies, I have seen them throw jam and paste as well as pies, so I'll mention that in the interest of accuracy. Throwing all such things can be seen as similar, and in Larry Semon comedies there were sequences where the charachters were fighting with their food.