Herald For THE BOHEMIAN GIRL 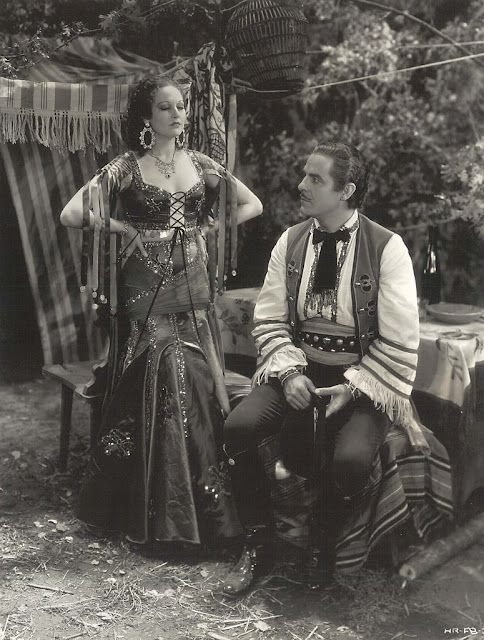 Thelma Todd and Antonio Moreno in a scene that was cut from the film.

This is a reissue herald, which is why it has the "Film Classics" banner on it, and was used for a post World War II release of the film, which is why there is a line about it being an "atomic" comedy - it's a topical reference. The postwar period was called "The atom age" and you come across many references to things atomic in that era. 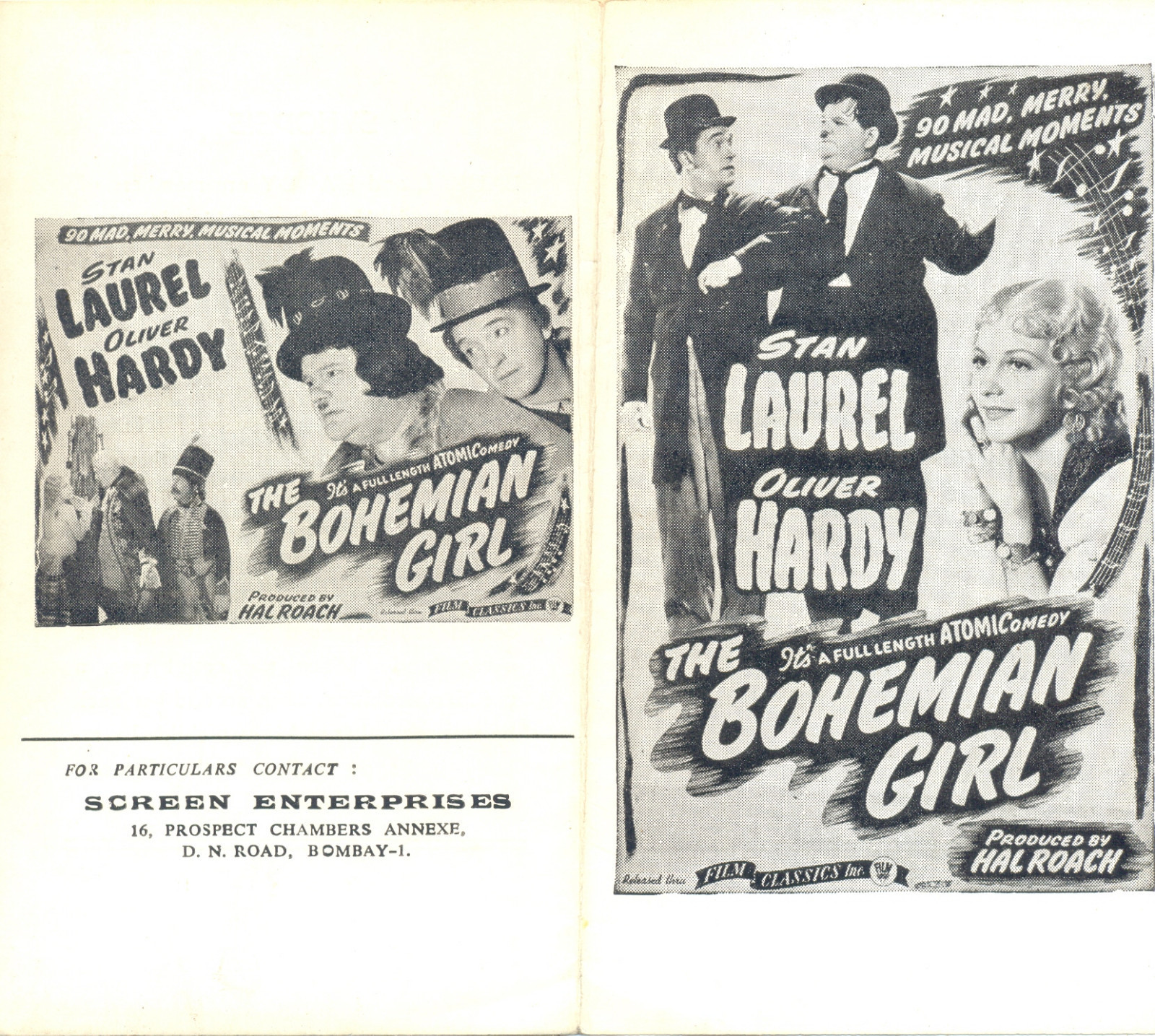 This particular herald was being used to promote the movie in India. American movies were very popular in India at the time, as well as in other foreign countries. 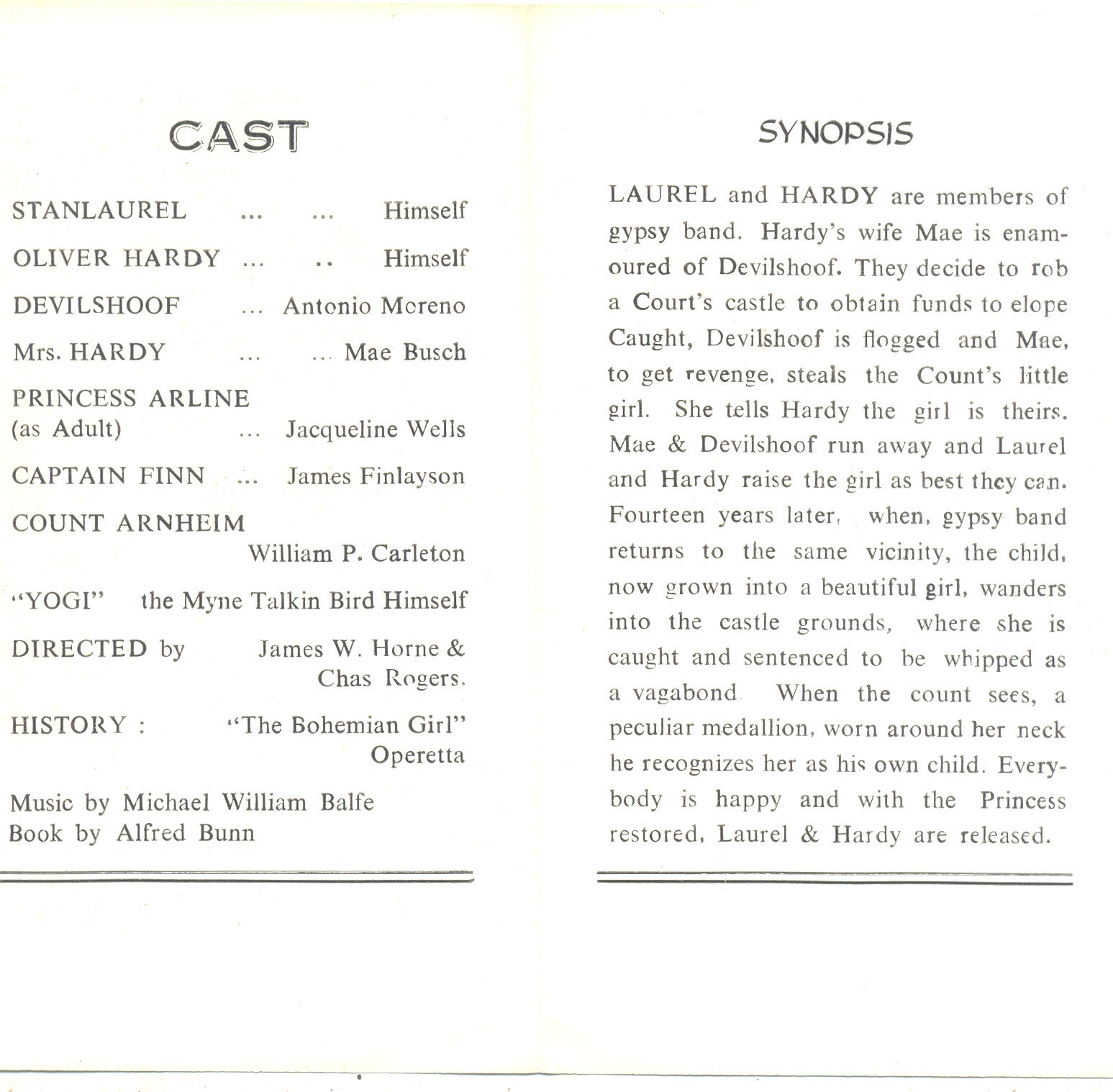 Note that Jimmy Finlayson is listed as "Captain Finn". Some people like to call him "Fin" now, but it doesn't seem he was commonly called "Finn" when he was working in the movies. .