Lola Lane was one of the famous Lane sisters. She played a girl reporter named "Torchy Blane" in the movies and it is thought that the character of "Lois Lane" is named after her. The name "Lola Lane" was even used for a daughter of Lois Lane and Superman in an "imaginary story" that was not part of the usual continuity. 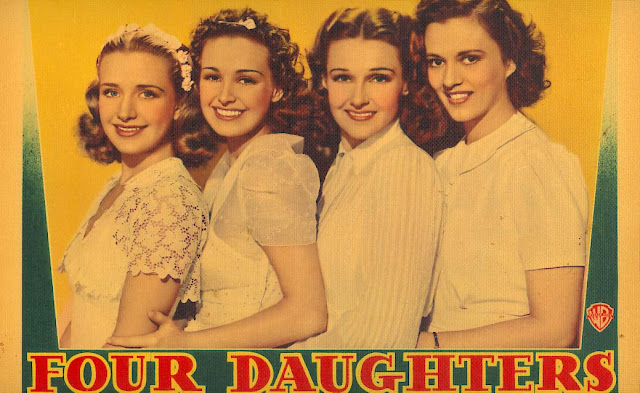 
Torchy Blane was a girl reporter in a 1930's movie series. Jerry Siegel, who created Lois Lane and Superman with illustrator Joe Shuster, was so smitten with Torchy’s feisty charms that she became a model for Lois’ rough-and-tumble, no-nonsense attitude. He said as much in a letter to Time magazine that was meant to give credit where credit was due.

From Wikipedia, the free encyclopedia
Torchy Blane is a fictional female reporter who appeared in a series of light "B" films during the late 1930s, which were mixtures of mystery, action, adventure and fun.
During the pre-war period, the job of newspaper reporter was one of the few movie role models that portrayed intelligent, career-oriented women. Of these role models, Torchy Blane was perhaps the best known. The typical plot has the resilient, very-fast-talking Torchy solving the crime before her less-than-perceptive beau, the loud mouthed police detective Steve McBride.
Torchy was loosely based on the male character Kennedy in the MacBride and Kennedy stories by Louis Frederick Nebel, although Torchy was more compatible with the Hays code than the drunkard Kennedy.
In all but two of the films, Torchy Blane was played by Glenda Farrell, and Steve McBride by Barton MacLane.
Lola Lane played Torchy in Torchy Blane in Panama with Paul Kelly as McBride. Torchy Blane was Superman co-creator Jerry Siegel's inspiration for the personality of the character of Lois Lane.[1] Siegel based Lois Lane's name on Torchy actress Lola Lane.
In the final film of the series, Torchy Plays with Dynamite, Jane Wyman was Torchy, and Allen Jenkins Lt. Steve McBride.
The character of Torchy Blane appeared in the following Warner Brothers and First National films:


As of 2009, Turner Classic Movies have made a number of original trailers freely available online at their web site.

Also on wikipedia, under "Cultural References" on the "Lane Sisters" entry:

Lois Lane, Superman's girlfriend, was named after Lola Lane, who played "Torchy Blane" a fictional reporter who inspired Lois' character, in one of the 1930s films ( Footnote: Letters to the Editor, Time magazine (May 30, 1988), pp. 6-7. )  This presumably is the letter by Jerry Siegel that is mentioned above. 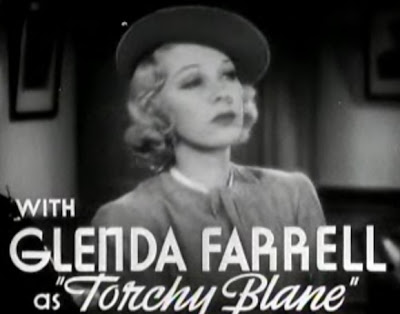 Glenda Farrell had actually played about the same girl reporter character in the movie MYSTERY OF THE WAX MUSEUM in 1933, some time before the Torchy Blane series began. 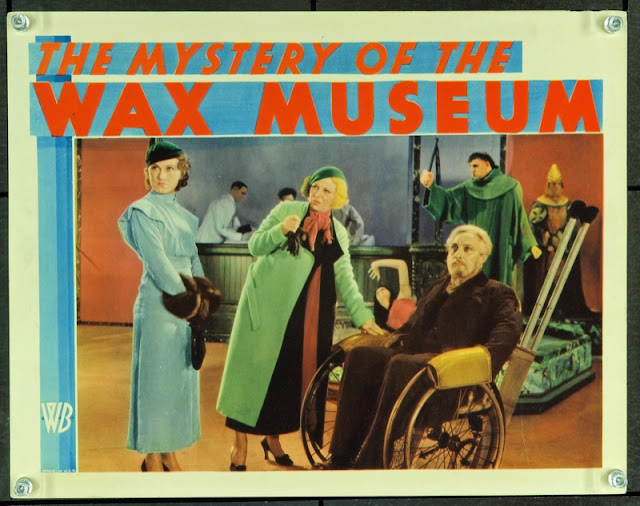 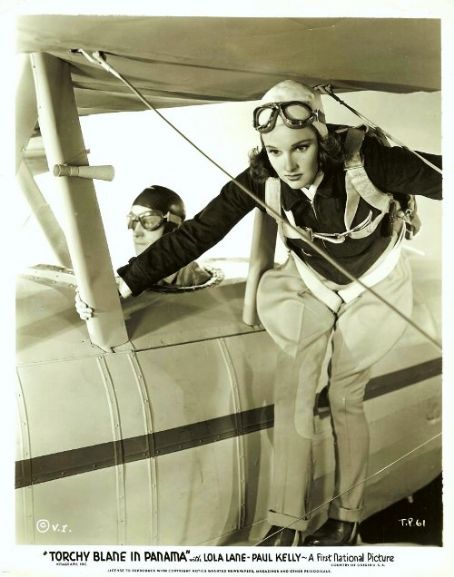 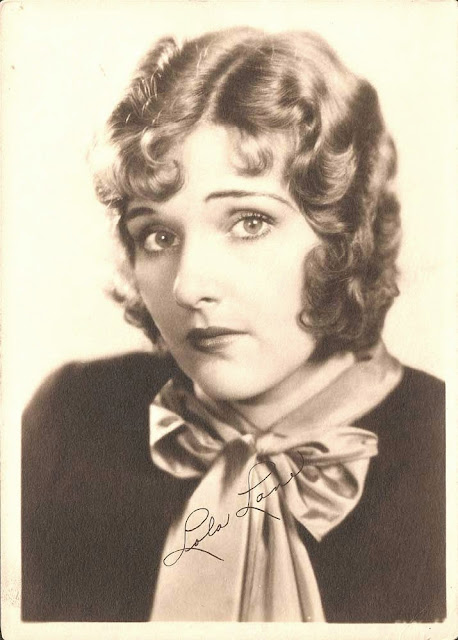 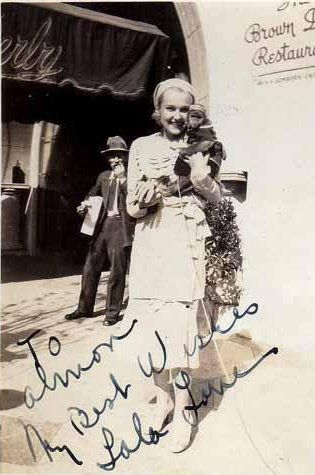 Autographed picture of Lola Lane at the Brown Derby.

Lola Lane later married Roland West, who had been the partner of Thelma Todd in her sidewalk cafe and continued to operate it after her death. After his death in 1952, Lola Lane became the owner of the sidewalk cafe. 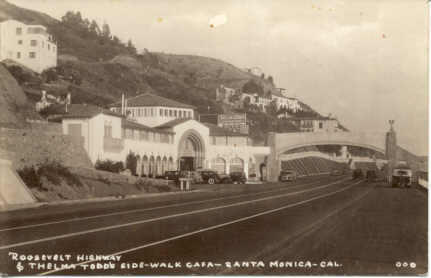 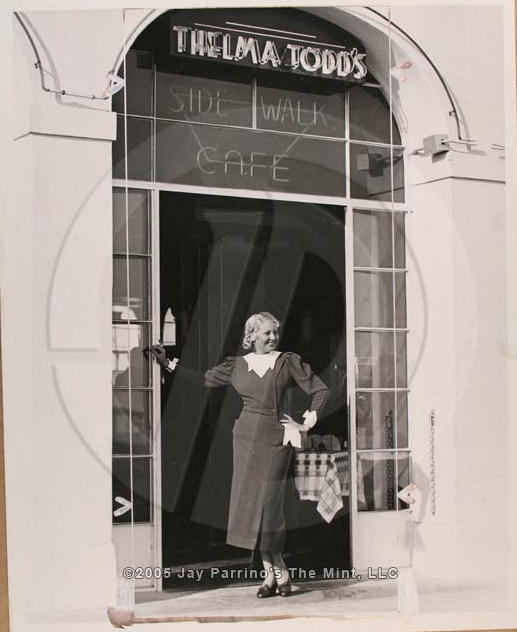 Thelma Todd at the Sidewalk Cafe. 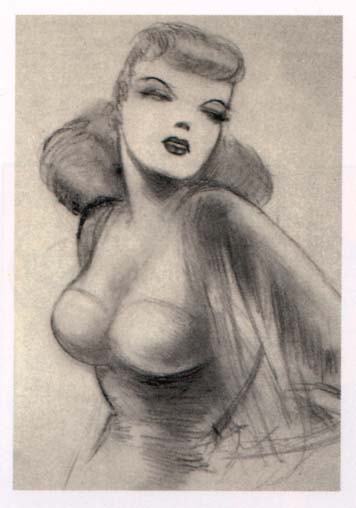 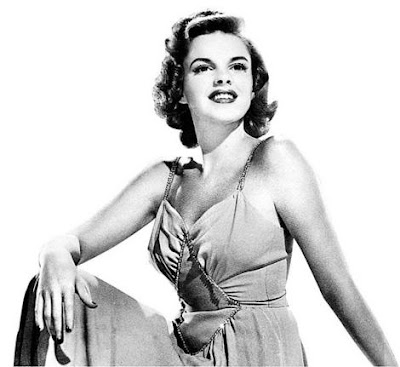 My brother Dale has said they used to draw Lois Lane to look like Judy Garland. 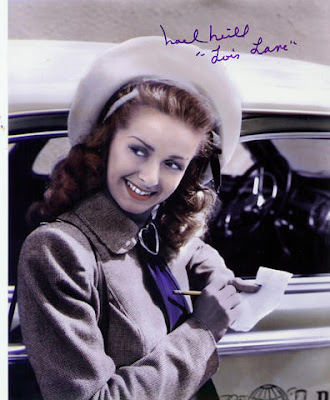 After Noel Neill started playing Lois Lane, they drew the character to look like her. 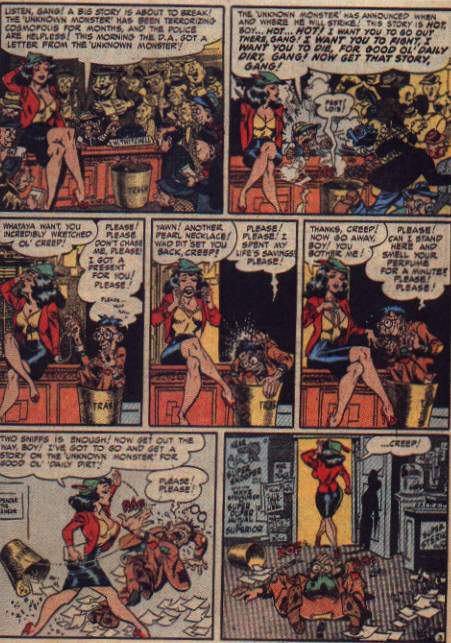 MAD parody of Superman with art by Wally Wood. 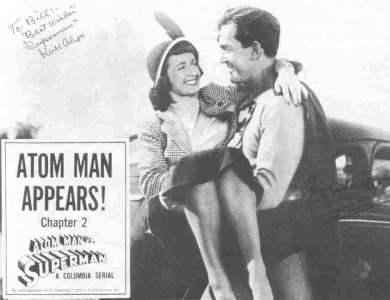 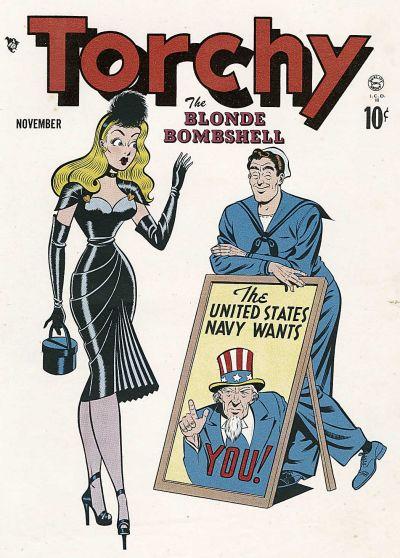 Bill Ward's blonde bombshell was named "Torchy", too. And her last name was "Todd". But she was really like another version of the "Irma" character that Marie Wilson played. Still, I wonder who she was named after.
Trailer for TORCHY BLANE IN PANAMA, with Lola Lane as Torchy Blane:

Before Lois Lane, Torchy Blane Got The Scoop:
http://herocomplex.latimes.com/2010/05/05/lois-lane-torchy-blane/


MYSTERY OF THE WAX MUSEUM on wikipedia:
http://en.wikipedia.org/wiki/Mystery_of_the_Wax_Museum

My fan club for Noel Neill:
http://movies.groups.yahoo.com/group/The_Adventures_Of_Noel_Neill/
Posted by Benny Drinnon at 9:35 AM