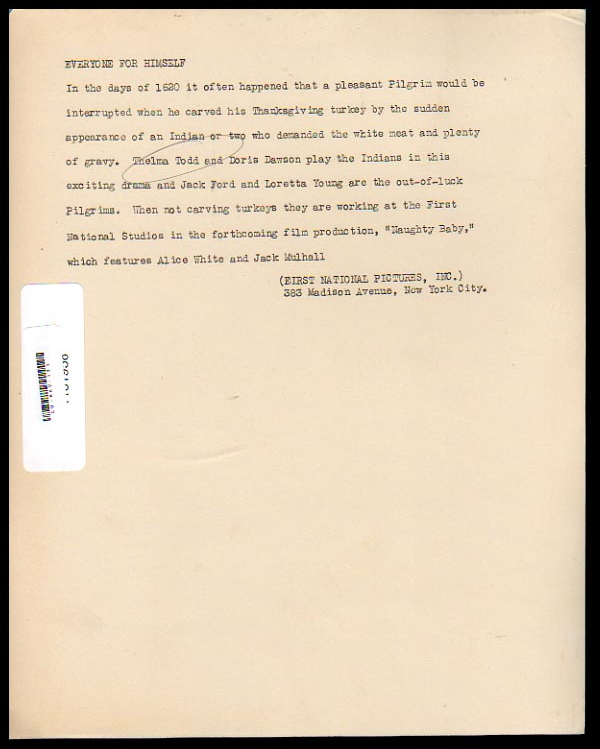 The mention of NAUGHTY BABY dates this to 1928. Thelma Todd and Doris Dawson were in that movie, although it doesn't seem that Loretta Young was. 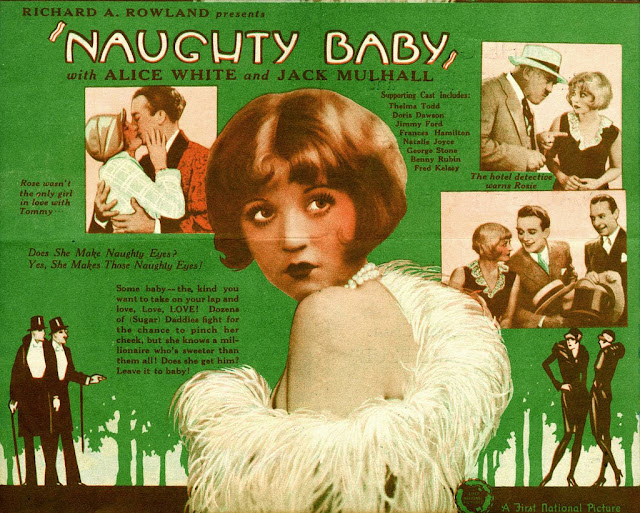 And here is a shot of Loretta Young from SEVEN FOOTPRINTS TO SATAN, 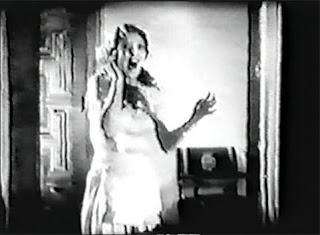 which they also would have been working on in 1928, although it was released at the beginning of 1929.
Massachusetts figures in the story of Thelma Todd as well as the story of the Pilgrims. Thelma Todd was from Massachusetts, which is also where the Pilgrims lived when they came to the United States, met the Indians, and started celebrating Thanksgiving.
Loretta Young Site:
http://www.loretta-young.com/
Loretta Young At Silent Hollywood:
http://silenthollywood.com/lorettayoung.html
SEVEN FOOTPRINTS TO SATAN:
http://www.aycyas.com/sevenfootprintstosatan.htm

Posted by Benny Drinnon at 3:02 PM