Pert Kelton replaced Thelma Todd in her series with Patsy Kelly at the Hal Roach's studio. And at another studio she played a character named "Hot Toddy".

From Wikipedia, the free encyclopedia
Pert Kelton (October 14, 1907[1] – October 30, 1968) was an American vaudeville, movie, radio and television actress.[2] She was the first actress who played Alice Kramden in The Honeymooners with Jackie Gleason and was a prominent comedic supporting film actress in the 1930s. She performed in a dozen Broadway productions between 1925 and 1968.[3][4]

Kelton was a young comedienne in A-list movies during the 1930s, often as the leading lady's wisecracking friend. She had a memorable turn in 1933 as dance hall singer "Trixie" in The Bowery alongside Wallace Beery, George Raft, Jackie Cooper and Fay Wray. Directed by Raoul Walsh, the film depicts Steve Brodie, the first man to supposedly jump off the Brooklyn Bridge and live to brag about it. Kelton sings to a rowdily appreciative crowd in an energetic dive, using a curious New York accent to good comedic effect, with Beery and Raft arguing over her attentions afterward.
As the witty young Minnie in Gregory LaCava's pre-Code comedy Bed of Roses (1933), she plays a bawdy prostitute (along with Constance Bennett) fond of getting admiring men helplessly drunk before robbing them, at least until getting caught and tossed back into jail. Kelton has all the best lines, surprisingly wicked and amusing observations that would never be allowed in an American film after the Hollywood Production Code was adopted. The movie remains realistic in terms of the interactions of the characters and features an early turn by Joel McCrea as the leading man, a small boat skipper who pulls Bennett from the river after she dives to escape capture. She played Mrs. Paroo in The Music Man.
Ironically, given her later blacklisting, Kelton's last movie for years was called Whispering Enemies (1939). Her next screen appearance was on television in The Honeymooners and other sketches on the Gleason show. Kelton's abrupt departure due to the blacklist was explained away as a result of "heart problems".

During the 1940s, she was a familiar radio voice on such programs as Easy Aces, It's Always Albert, The Stu Erwin Show and the 1941 soap opera We Are Always Young. In 1949, she did the voices of five different characters on radio's The Milton Berle Show. She was also a regular cast member of The Henry Morgan Show. In the early 1950s, she played the tart maid in the Monty Woolley vehicle, The Magnificent Montague.

Kelton was the original Alice Kramden in The Honeymooners comedy sketches on the DuMont Television Network's Cavalcade of Stars. These sketches formed the eventual basis for the 1955 CBS sitcom The Honeymooners. Jackie Gleason starred as her husband Ralph Kramden, and Art Carney as their upstairs neighbor Ed Norton. Elaine Stritch played Trixie, the burlesque dancer wife of Norton, for one sketch before being replaced by Joyce Randolph.
Kelton appeared in the original sketches, generally running about 10 to 20 minutes, shorter than the later one-season half-hour series and 1960s hour-long musical versions.
In the 1960s, Kelton was invited back to Gleason's CBS show to play Alice's mother in an episode of the hour-long musical version of The Honeymooners (also known as The Color Honeymooners), with Sheila MacRae as a fetching young Alice. By this time, the original age discrepancies were reversed, with Ralph married to a much younger Alice than himself.
In 1963 Kelton appeared on The Twilight Zone, playing the overbearing mother of Robert Duvall in the episode "Miniature."
In her last years, she was strongly identified with Spic and Span because of her TV commercials for that product.

Kelton made her Broadway debut at age 17 in Jerome Kern's Sunny. She played "Magnolia" and sang a song of the same name.
Years later, she was twice nominated for Tony Awards: in 1960, as Best Supporting or Featured Actress (Musical) for Frank Loesser's Greenwillow and as Best Supporting or Featured Actress (Dramatic) for Spofford (1967–68). However, her most memorable Broadway appearance was as the impatient Mrs. Paroo (the mother of Marian Paroo) in Meredith Willson's The Music Man (1957), which she reprised in the 1962 film adaptation, the role for which she is probably best remembered.

Pert Kelton was part owner of the Warner Kelton Hotel, built in the late 1920s, at 6326 Lexington Avenue, Los Angeles. The hotel catered to actors and musicians such as Cary Grant, Orry Kelly, and Rodgers and Hart. It had a small outdoor theatre at its rear, along with a wishing well that may have inspired the song "There's a Small Hotel," from the musical "On Your Toes" (1936). It also housed a speakeasy in the basement. A sign above the hotel entrance reads "Joyously Enter Here".


Prior to having been teamed with Patsy Kelly, an attempt had been made by RKO to team Pert Kelton with Zasu Pitts in SING AND LIKE IT, which advance publicity had called SO YOU WON'T SING, EH? 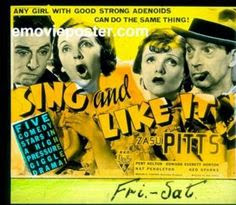 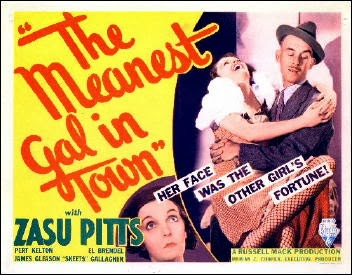 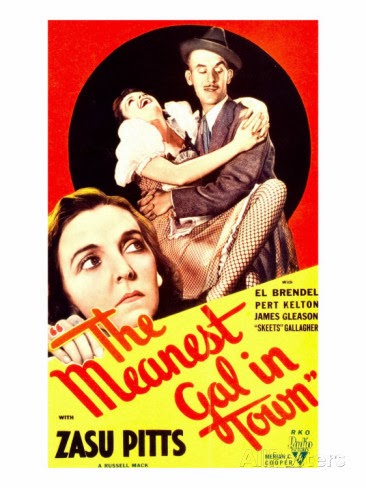 From THELMA TODD IN THE THIRTIES, by G. D. Hamann:

With all the unbelievable things accomplished in motion pictures most of us have come to the point where we think nothing is impossible.

And, I guess, nothing is, but there are a few things which come very close to being impossible. One of these is forming a comedy team of a man and a woman. And right behind this is a feminine comedy team.

Male comedy teams are not uncommon. We have had quite a number of them and still have two highly successful ones, Wheeler - Woolsey and Laurel - Hardy.

However, teaming a man and a woman for laughs is something else again, according to William Seiter, one of our foremost comedy directors.

"Zasu Pitts and Slim Summerville comprise the first successful male - female comedy team the screen has had in 20 years," declares Seiter. "Not since the days of Mr. and Mrs. Sidney Drew were featured by the old Vitagraph studio has there been such a successful team of this kind.

"The reason is that audiences demand a certain amount of performance from any mixed team and it is extremely difficult to find such a team that will make a romance believable and still be genuinely funny.

"I don't know why strictly feminine teams should be so difficult to find, but they are. The only successful one we have had in some years has been Zasu Pitts and Thelma Todd. Others have been tried, but the public just has refused to accept them.

"We are trying a new combination now in SO YOU WON'T SING, EH? Which I am directing. This picture brings together Zasu and Pert Kelton and, unless I am mistaken, they will be a popular team." 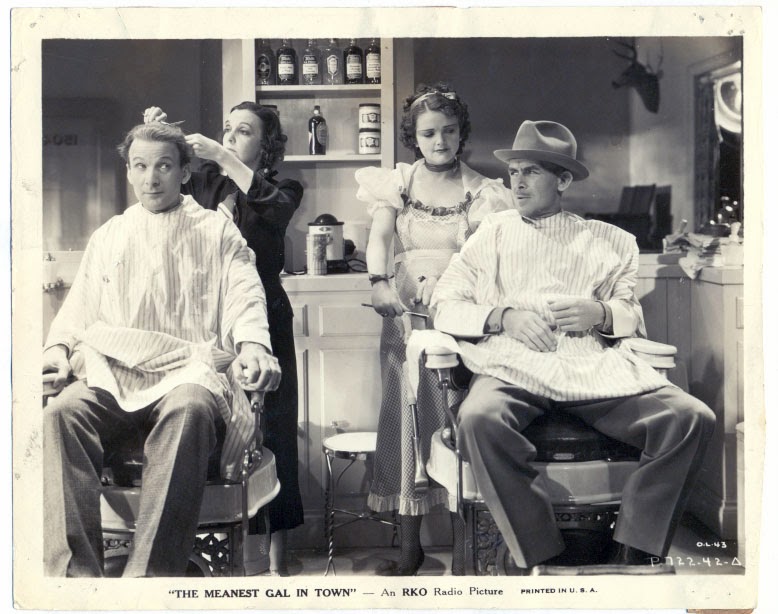 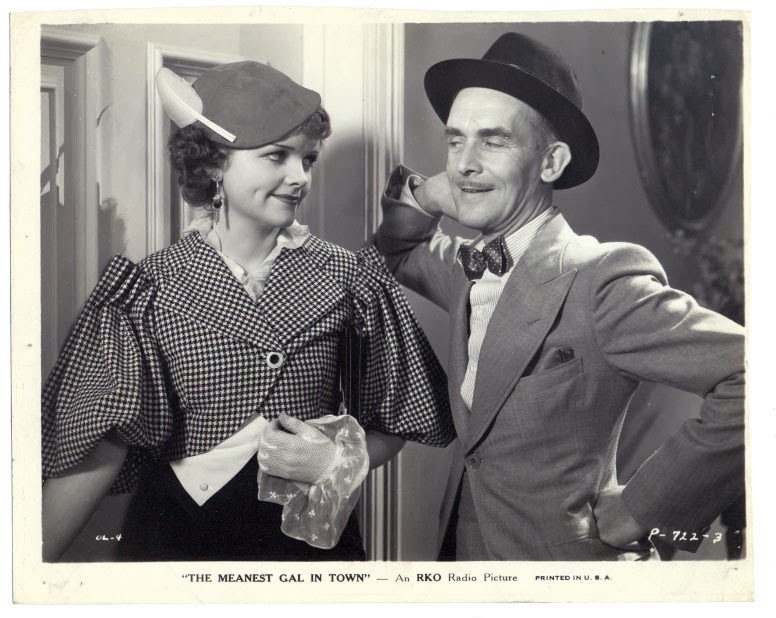 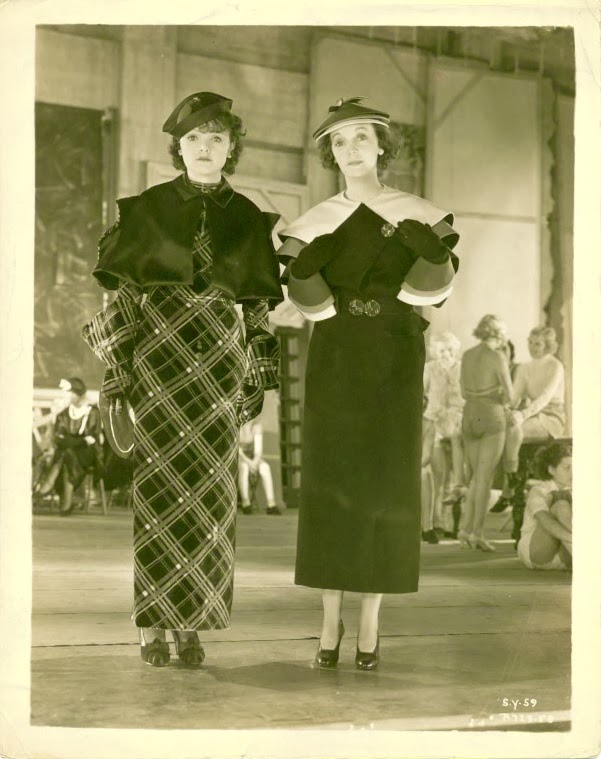 Unlike the Zasu Pitts and Thelma Todd series, where the two girls had been friends, this movie had Pert Kelton being one of the bad guys - hence the title. They pulled the black eye gag again in SING AND LIKE IT, this time with Pert Kelton being the recipient of said noirishness.. It was supposed to be ok for her to get beat up in this picture because she was "bad".


In 1934, Pert Kelton made the movie LIGHTINING STRIKES TWICE with Thelma Todd. 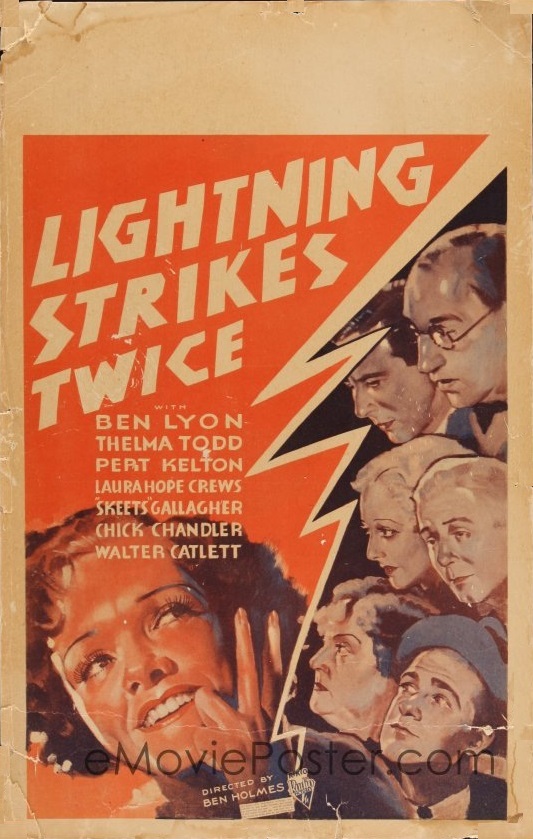 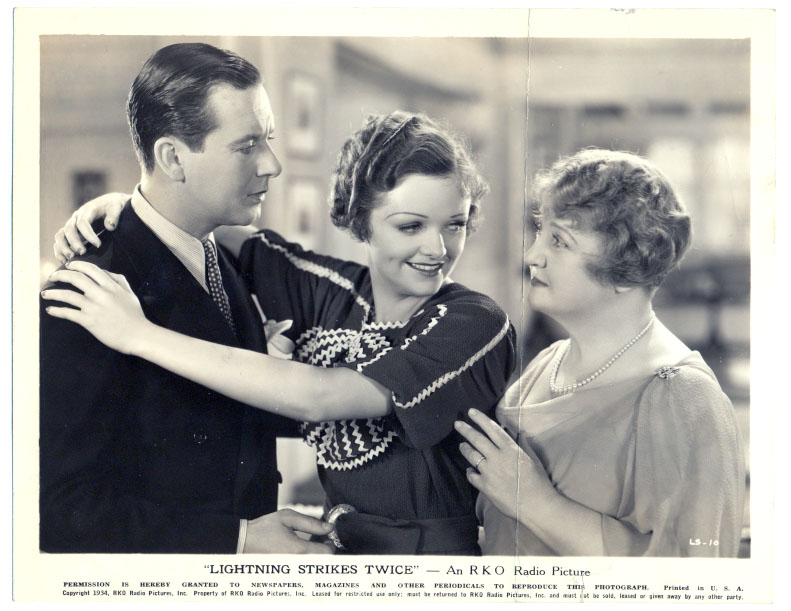 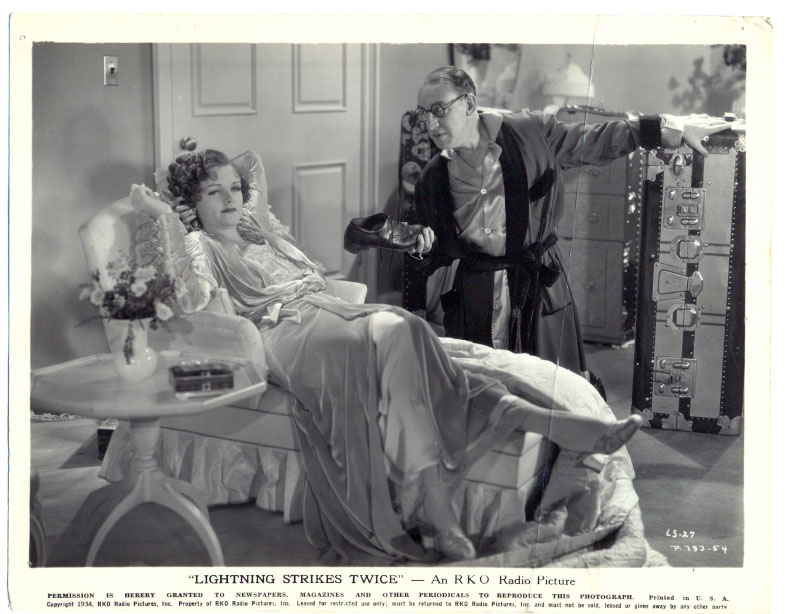 In 1936, she replaced Thelma Todd in the series with Patsy Kelly

in one short, PAN HANDLERS. 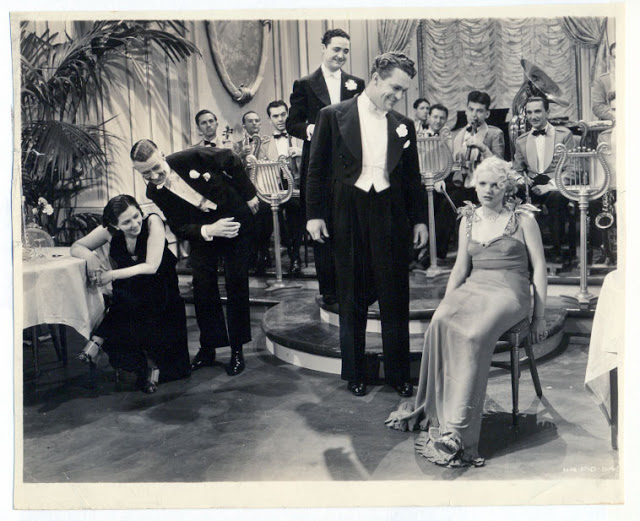 She was also among the cast of the feature film KELLY THE SECOND, 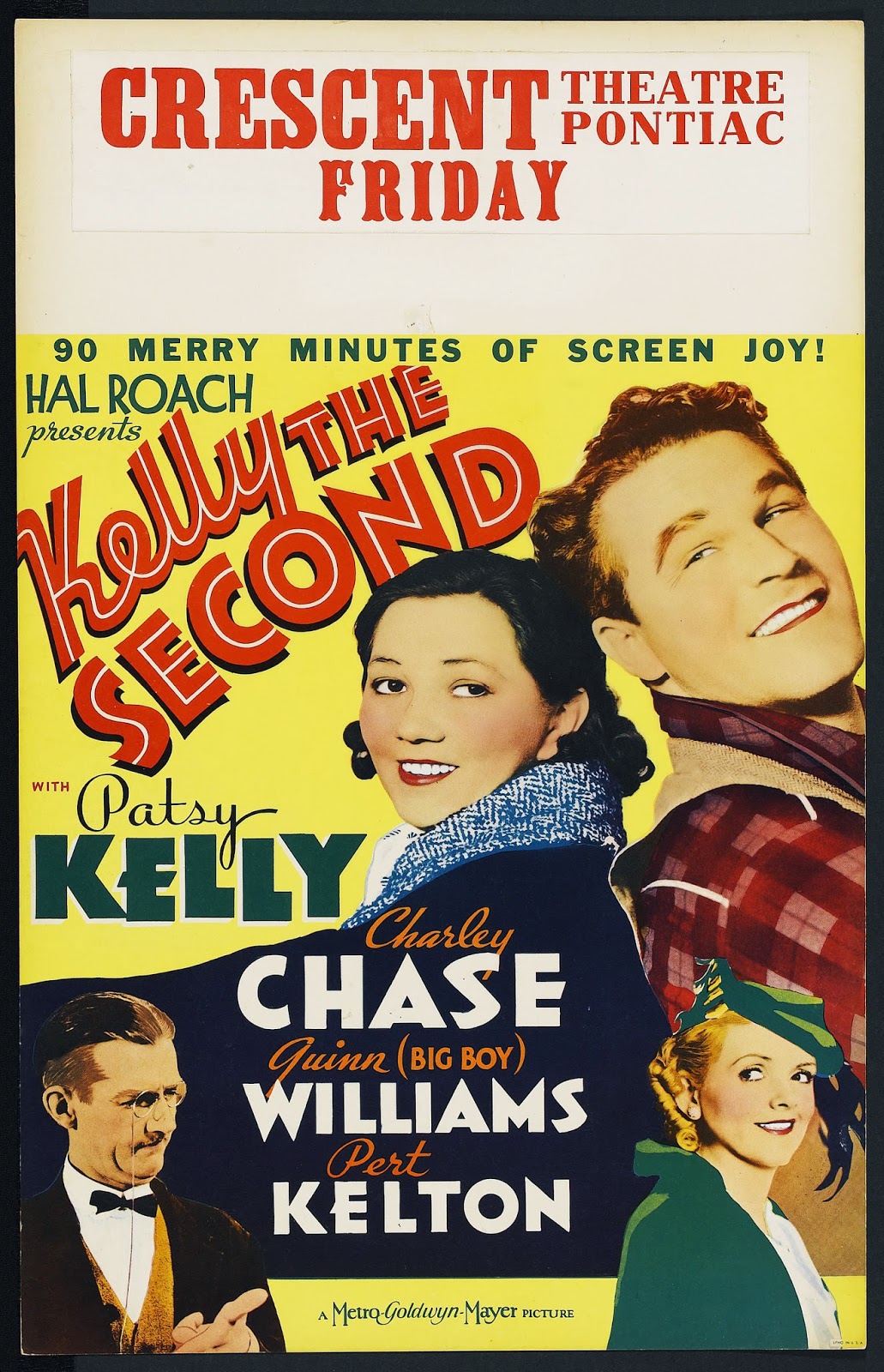 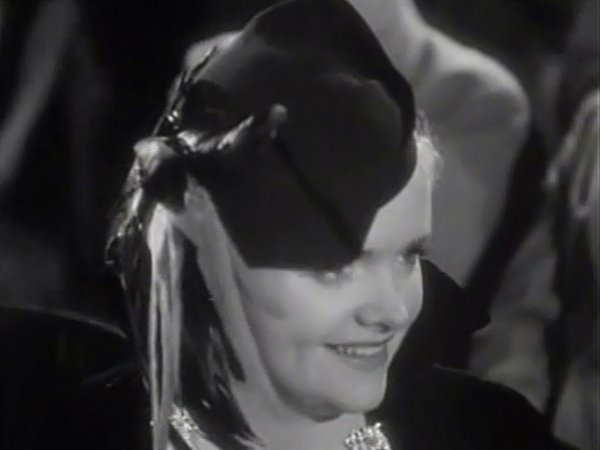 which was the first attempt to move this series into features. However, in this story she wasn't Patsy Kelly's friend, but one of the bad guys - about the same situation as when she'd been teamed with Zasu Pitts. And Pert Kelton gets clobbered at the conclusion of this episode as well.

Pert Kelton was replaced by Lyda Roberti, who continued for the remainder of the series at Roach.

In the same period, Pert Kelton also played a character named "Toddy" in the Marion Davies movie CAIN AND MABEL. 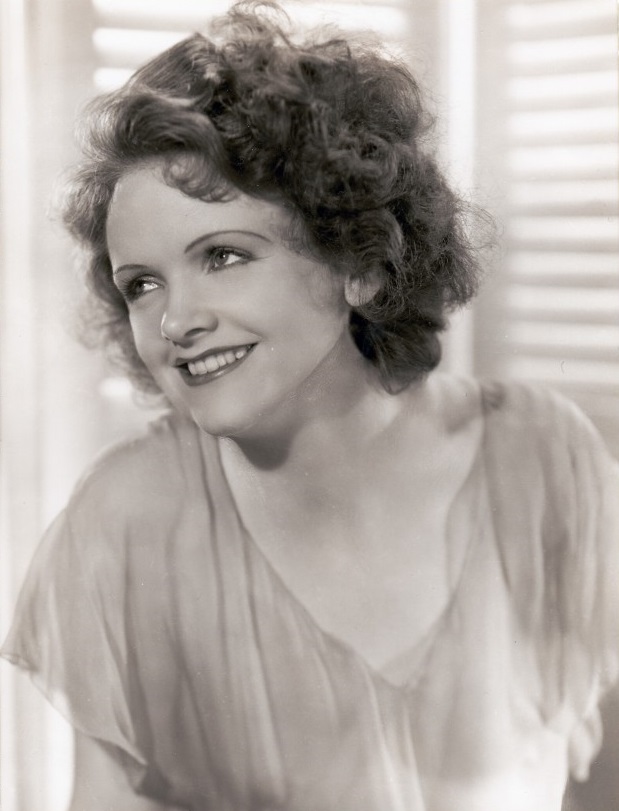 In one scene, Pert Kelton says her name is "Hot Toddy, to you!" 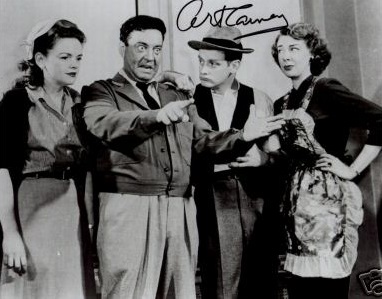 This television series was very successful, but Pert Kelton was replaced for political reasons.

Pert Kelton was able to continue working on stage and screen in spite of political opposition and is still remembered today by her fans. 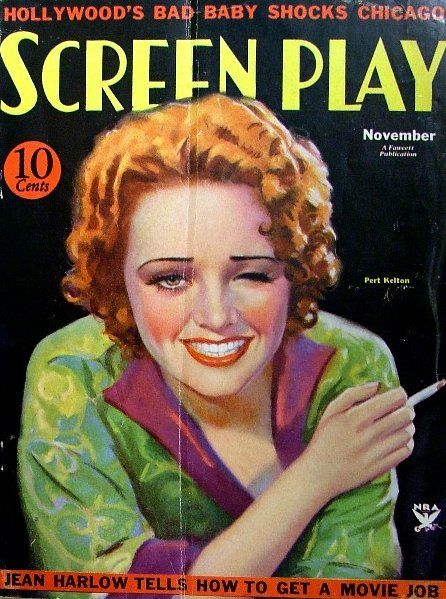 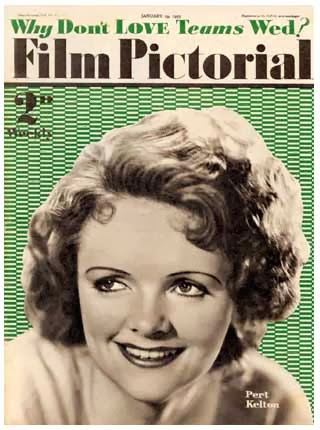 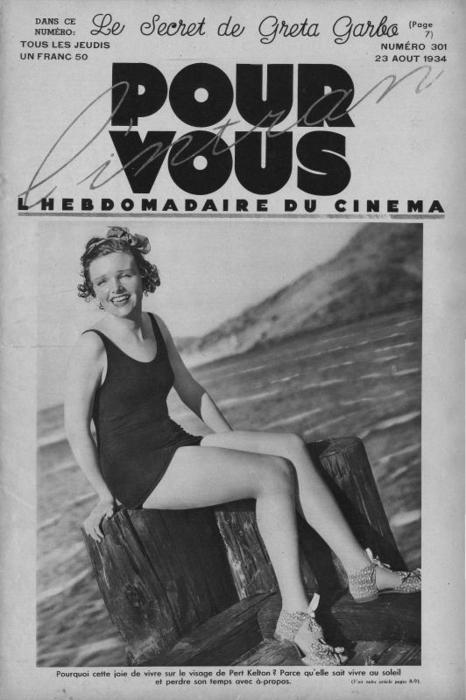 Zasu Pitts and Pert Kelton in SING AND LIKE IT