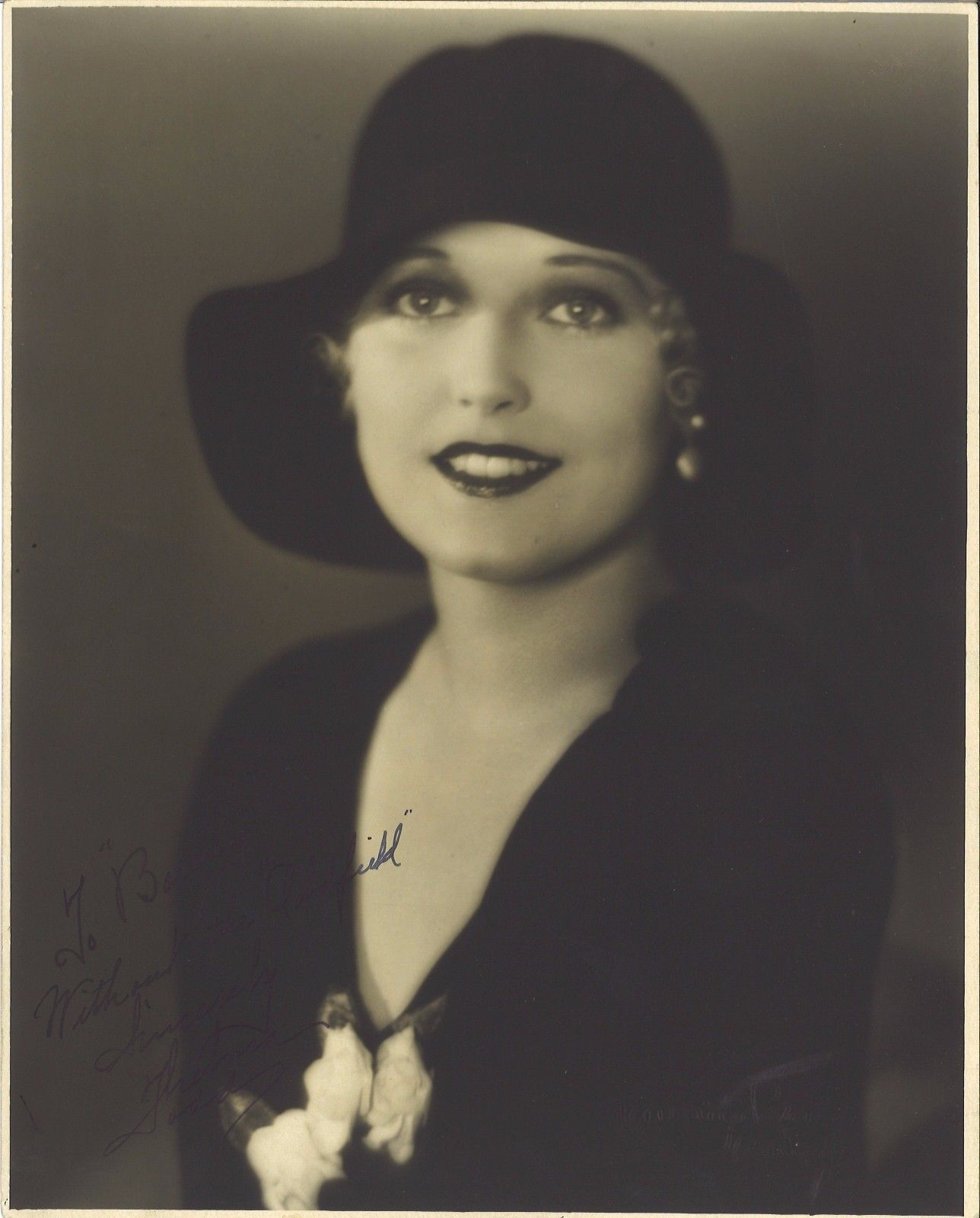 THELMA TODD as taken by the Hollywood photographer Lansing Brown. The image features an interior studio shot of the gorgeous blonde Miss Todd wearing a black dress with white flowers affixed to the top and a matching hat. This photograph has been personally inscribed by Thelma Todd to the pioneer automobile racer Barney Oldfield in dark blue inky thusly: To "Barney - Without the Oldfield" - Sincerely - Thelma Todd. Lansing Brown's blind stamp is featured in the lower right corner in an artistic font (Lansing Brown - Los Angeles). On the verso is a rubber stamp credit to the photographer in light purple ink. Printed on double-weight stock with a beautiful matte finish, the photograph is untrimmed and measures 7.75 x 9.75 in. It is in very fine+ condition without any pinholes, tears, stains, or other flaws and Miss Todd's signature is bold and unaffected by any issues.

Silent Cinema Inc. (the seller here) personally guarantees the authenticity of Thelma Todd's inscription and signature.
Lansing "Lansa" Vanwoert Brown, Jr. (August 24, 1900 – February 16, 1962) was an American photographer. Brown is often recalled for an event on September 2, 1934, in which he accidentally shot and killed his friend, crooner Russ Columbo, when an antique pistol discharged and the bullet ricocheted into Columbo's skull. After Columbo's death, Brown was cleared of all charges, but he remained deeply affected by the incident. Brown served in the military during World War II as a photography instructor. He died of a stroke at the West Los Angeles Veterans Administration Hospital. 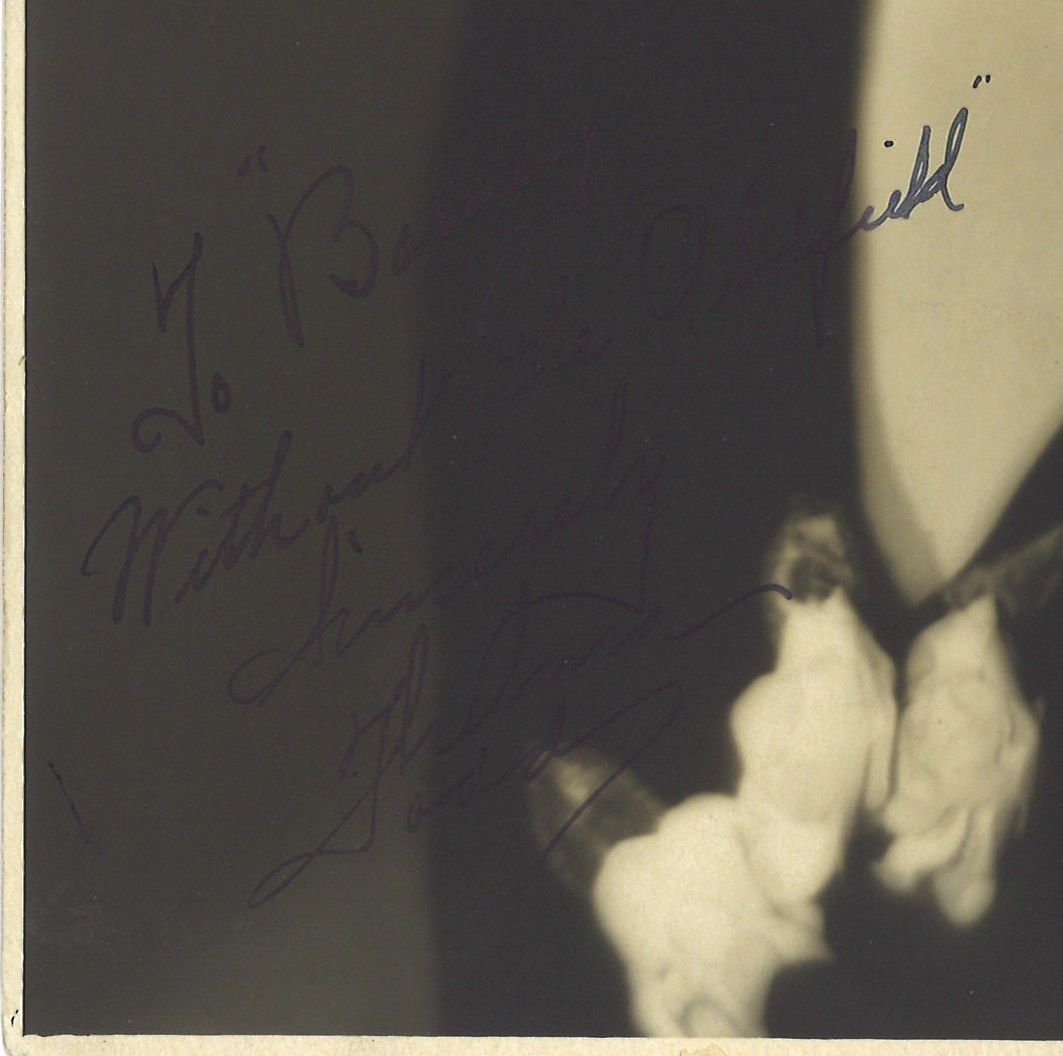 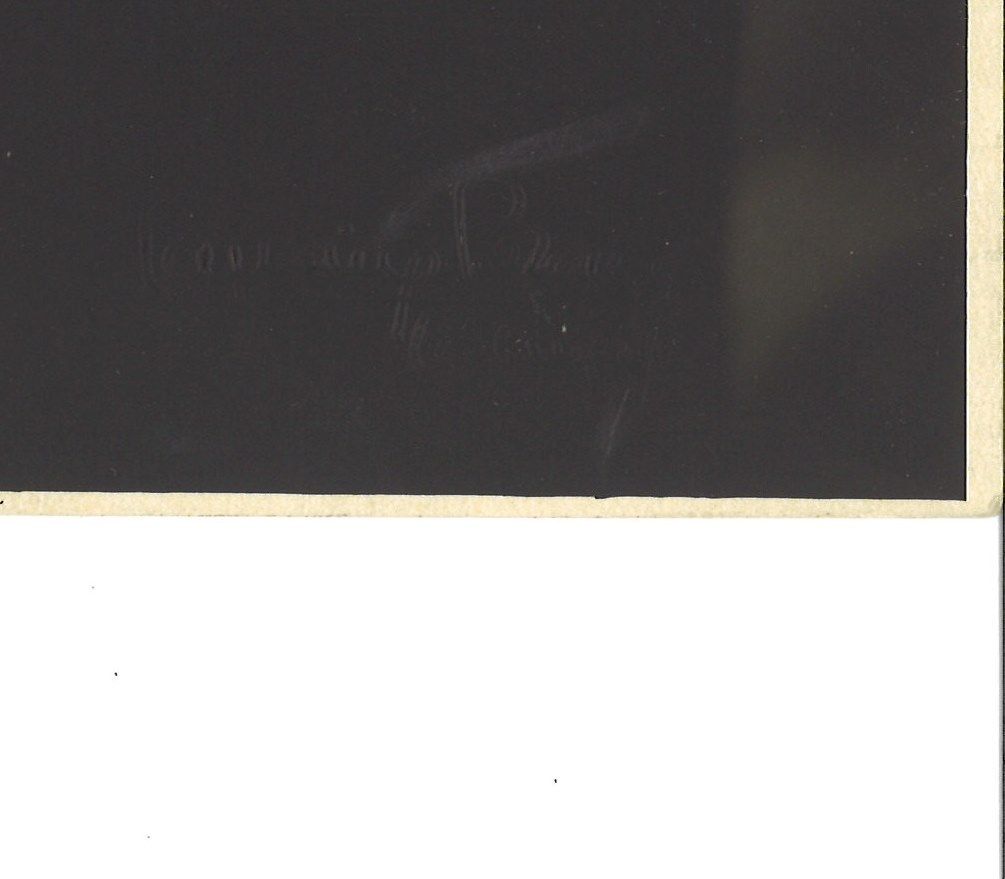