Thelma Todd's Birthday To Be Celebrated In Lawrence

The pictures that go with the article. 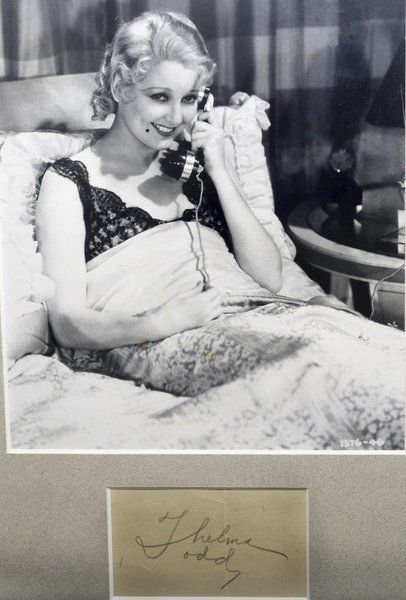 CARL RUSSO/Staff copy photoThis signed photo of Thelma Todd in a scene from the Marx Brothers movie “Horse Feathers” is among the memorabilia of the late Hollywood actress owned by Methuen’s Joseph Bella. 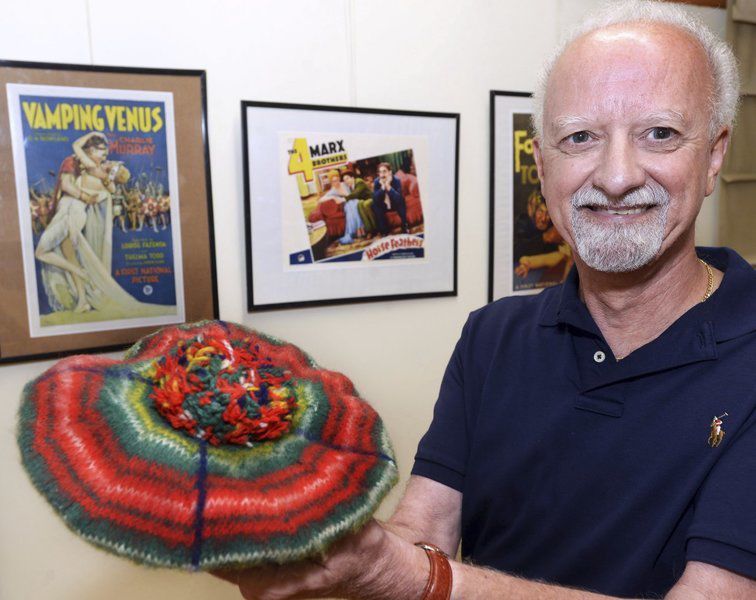 CARL RUSSO/Staff photoJoseph Bella shows off a Scottish tam that Thelma Todd used to wear. Todd made her home city of Lawrence proud, starring in 119 movies in the early days of Hollywood before dying tragically at the age of 29. 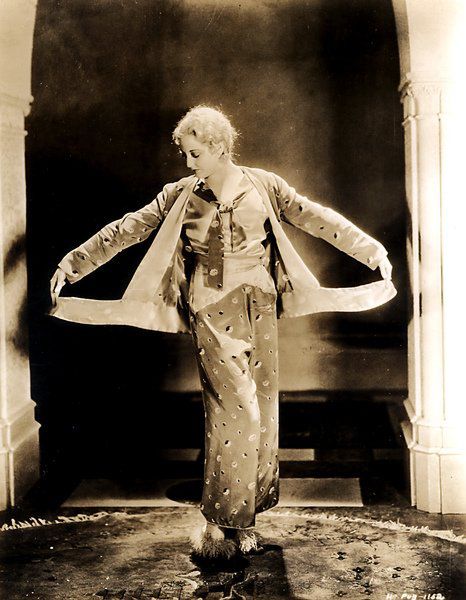 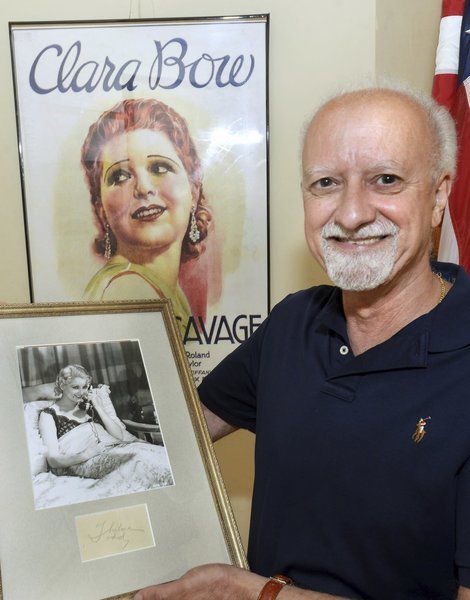 CARL RUSSO/Staff photoJoseph Bella, of Methuen, who considers himself Thelma Todd’s biggest fan, holds a framed, autographed photo of the Lawrence actress in front of a Clara Bow poster. Todd and Bow made a movie together. Lawrence Heritage State Park is celebrating Todd’s 111th birthday with a movie matinee and party on Saturday, July 29. 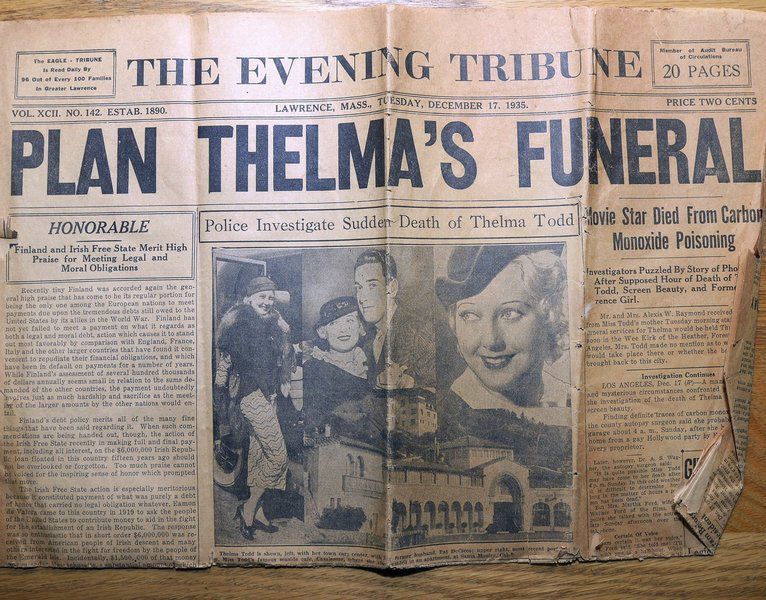 CARL RUSSO/Staff copy photoThe Lawrence Evening Tribune’s front-page story about Thelma Todd’s death will be among the memorabilia on display during the 111th birthday celebration for the Hollywood actress on Saturday, July 29, at Lawrence Heritage State Park.
prev
next


Tragedy plagued native actress Thelma Todd, but she left ‘em laughing and made the Immigrant City proud.
She still does both, 111 years after her birth, July 29, 1906.
A week from Saturday, the local starlet’s biggest fan, Joseph Bella, will throw her a birthday party and matinee film fest at Lawrence Heritage State Park.
The line-up: a three-minute Thelma Todd bio from Bella; five or six of her slapstick film shorts, called two-reelers; and cake at intermission.
Bella has hung 42 Thelma Todd movie posters upstairs at the Jackson Street state park and will display two books of publicity and movie shots.
Todd, nicknamed the “Ice Cream Blond,” had a knack for playing the comedic straight woman.
She performed opposite tough-talking klutzes Patsy Kelly and ZaSu Pitts, the duos stumbling through scenes ruled by Murphy’s Law, dusting themselves off after slips, pratfalls and disasters.
The July 29 birthday party screening includes some of these selections.
Does her comedy withstand the passage of time?
“Oh, definitely,” Bella said. “She’s still funny.”
Her comedy credits includes roles in classic Marx Brothers’ films.
In “Horse Feathers,” Groucho Marx lounges under an umbrella at the bow of a canoe playing Professor Wagstaff.
Todd paddles at the stern. A fawning student, she’s the butt of Groucho’s retorts.
“Oh, professor, you are full of whimsy,” she says.
“Can you notice it from there?” he asks. “I’m always that way after I eat relishes.”
Lawrence Heritage State Park is a mile or two from houses where Todd lived. Her family always rented, and moved a lot.
The park is a couple miles from Todd’s grave, a family plot in Bellevue Cemetery.
She died Dec. 16, 1935 of carbon monoxide poisoning in a southern California garage behind the wheel of her running car, apparently trying to stay warm after being locked out of a house at night.
She was just 29, but had been in 119 movies.
Todd was one of two children. Her father’s family came from Ireland; her mother’s from Canada, of French-Canadian roots, Bella said.
Her brother William was killed in a farm accident while the Todds visited relatives in Vermont. The 7-year-old fell in a hay thresher. Thelma witnessed it.
She went to the Saunders School, the Packard School and Lawrence High, class of 1923. She wrote a gossip column for the high school newspaper, the “Lawrence Bulletin.”
A group photo of the staff shows the other girls in plain solid dresses. Todd stands out, wearing gingham.
“I think she was kind of a quiet person, but could come up with things, with (witty) surprising remarks,” Bella said.
She modeled, attended a teacher college in Lowell, performed in movies by Lawrence-area filmmakers Rosario and Peter Contarino, and entered beauty contests, winning the Miss Massachusetts title in 1925.
A Paramount film representative invited her to a film school on Long Island, New York.
In 1926, the students released “Fascinating Youth,” a silent film.
Todd and her family were chauffeured to the premier in Lawrence at the Palace Theater on Broadway.

She married Pat DiCicco in 1932 and divorced in ’34. He later married Gloria Vanderbilt.
Todd transitioned nicely from silents to talkies, as the new films with soundtracks were dubbed.
She played serious and comedic roles.
Todd, Kelly and Pitts were the female version of Laurel and Hardy.
Todd’s last film was a Laurel & Hardy comedy, “The Bohemian Girl.”
The July 29 birthday celebration at the heritage state park will include a sheet cake at intermission with Todd’s picture on it.
“To me, she was Lawrence’s most famous citizen,” Bella said. “She worked with the greats. She really did.”
IF YOU GO
What: Thelma Todd’s 111th Birthday Party Film Fest
When: Saturday, July 29, 1:30 p.m.
Where: Lawrence Heritage State Park, 1 Jackson St.
How much: Free; courtesy of Friends of Lawrence Heritage State Park and Joseph Bella