Actually this is a page from a book, which has a picture of Jean Harlow exercising on one side, and Thelma Todd on the other. 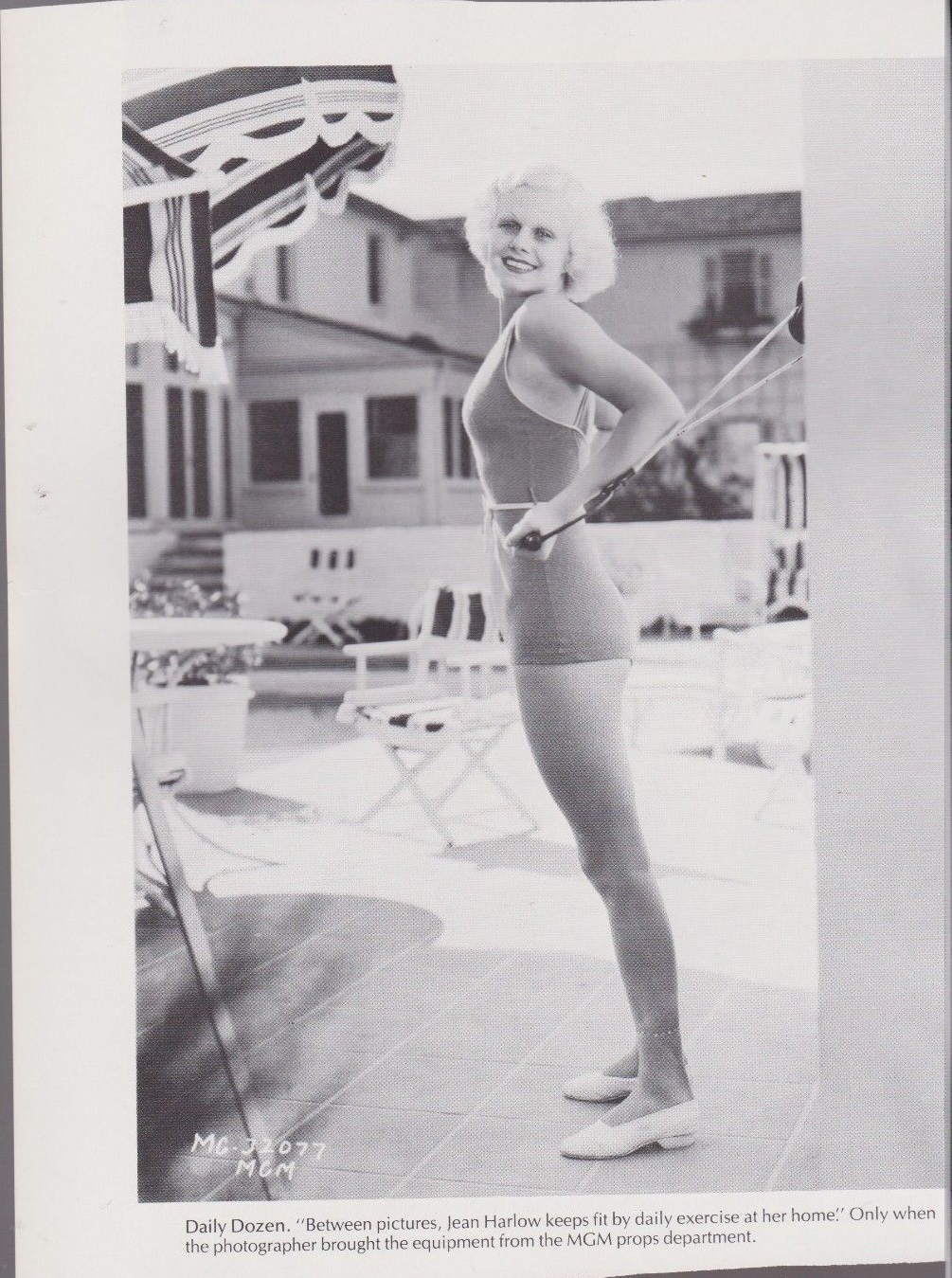 Jean Harlow suffered from kidney trouble and was not the picture of health that MGM publicity would have had us believe. 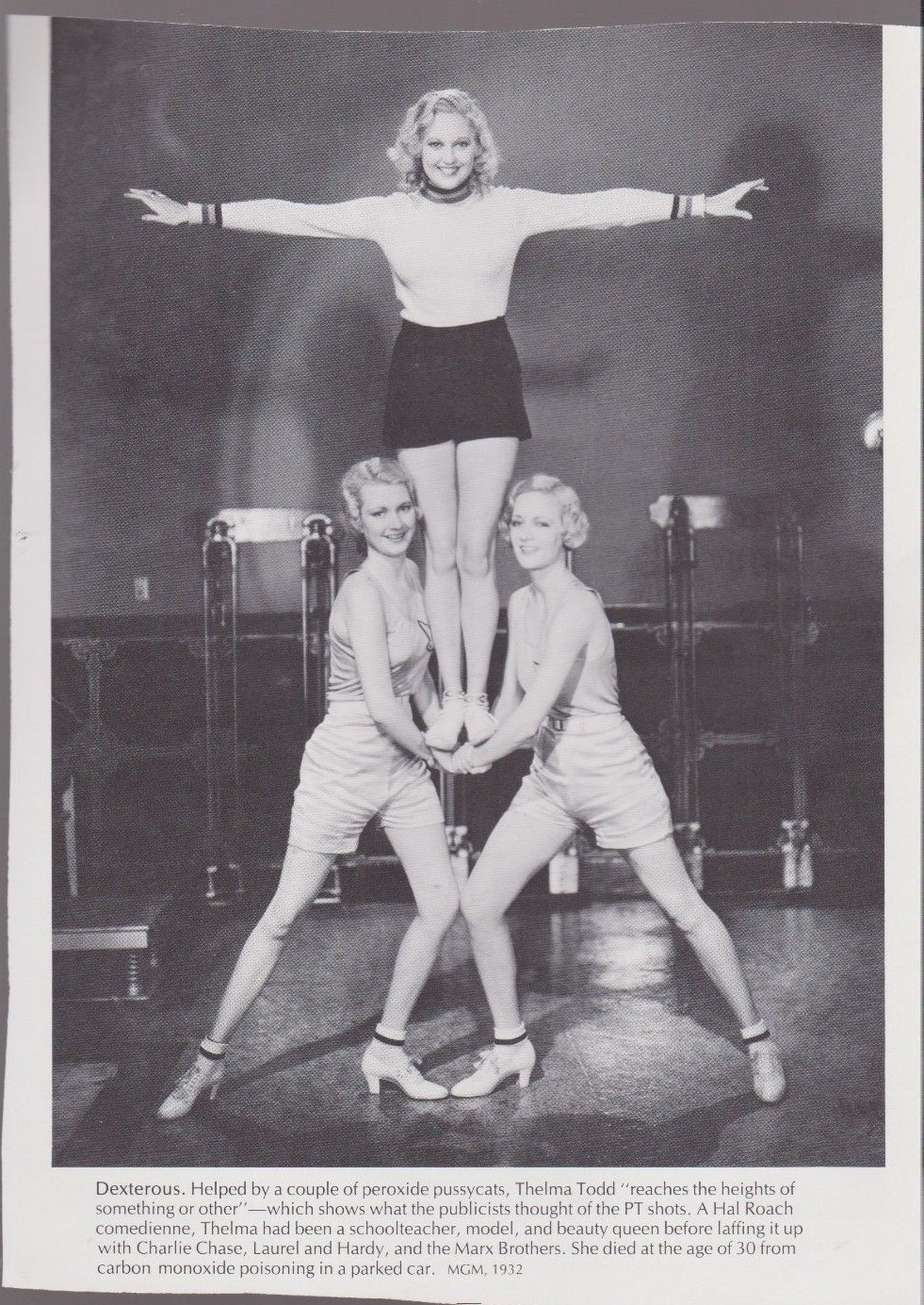 PT stands for "Physical Therapy", I suppose. This is a publicity photo for RED NOSES ( 1932 ), with Zasu Pitts. The other two girls in this photo can also be seen in that film.