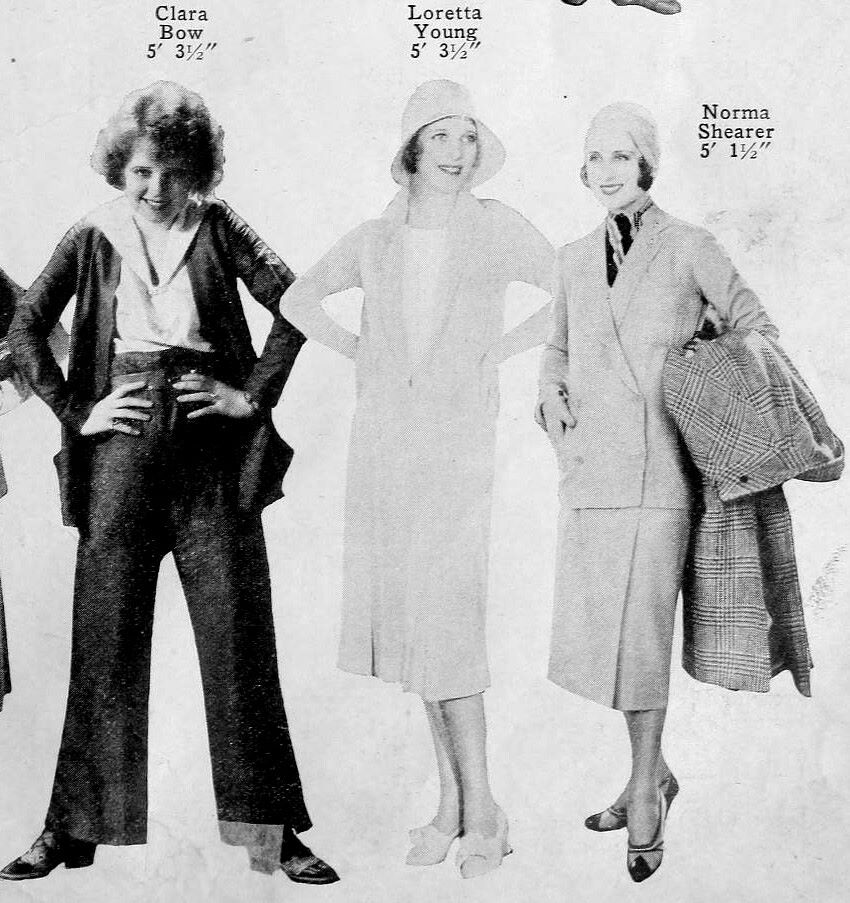 About the same height was given for a number of screen stars. The coroner gave 5'3" as Thelma Todd's height, which is close to the same height. Although I don't think that Clara Bow and Loretta Young  were taller than Thelma Todd. It looks like someone gave  the wrong figures.
The Ideal Screen Figure:
http://benny-drinnon.blogspot.com/2012/05/ideal-screen-figure.html

Email ThisBlogThis!Share to TwitterShare to FacebookShare to Pinterest
Labels: Height Of Thelma Todd