Hal Roach's "streamliners" were films with a running time of about forty minutes which were intended to be part of a double feature program. He said they were successful, but they stopped making them because of World War II, at which point they switched to the production of training films for the army. 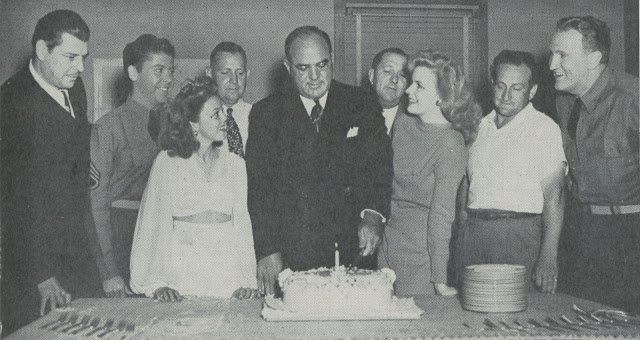 A STREAMLINER BIRTHDAY --- Here's an arresting group to celebrate the first anniversary (7-42) of Hal Roach streamliners. They are, left to right, Fred Guiol, William Tracy, Jean Porter, Sid Van Keuren, Roach cutting the cake, studio VP/general manager C.W. Thornton, Marjorie Woodworth, director Kurt Neuman, and Joe Sawyer. Further cause for cheer is recent completion of Fall In, another in a group of service comedies with Tracy and Sawyer. Streamliners were an interesting Roach idea that supplied forty or so minute support to wartime programs.