Two 7 3/8" X 9 5/8" Vintage Original glossy, Double-Weight Linen backed photos with borders of THELMA TODD and cast in the 1926 film, "GOD GAVE ME TWENTY CENTS".   This was her second film she was ever in as an actress.  In both of the photos, she is in the upper-left corner. She was uncredited in this film.  Extremely RARE to ever see photos from the beginning of her film career and uncredited days in film history.
On the back of each photo, handwritten lightly in pencil is "Thelma Todd (L.) 1926".  Also handwritten, but in blue ink, is "God Gave Me 20 C." 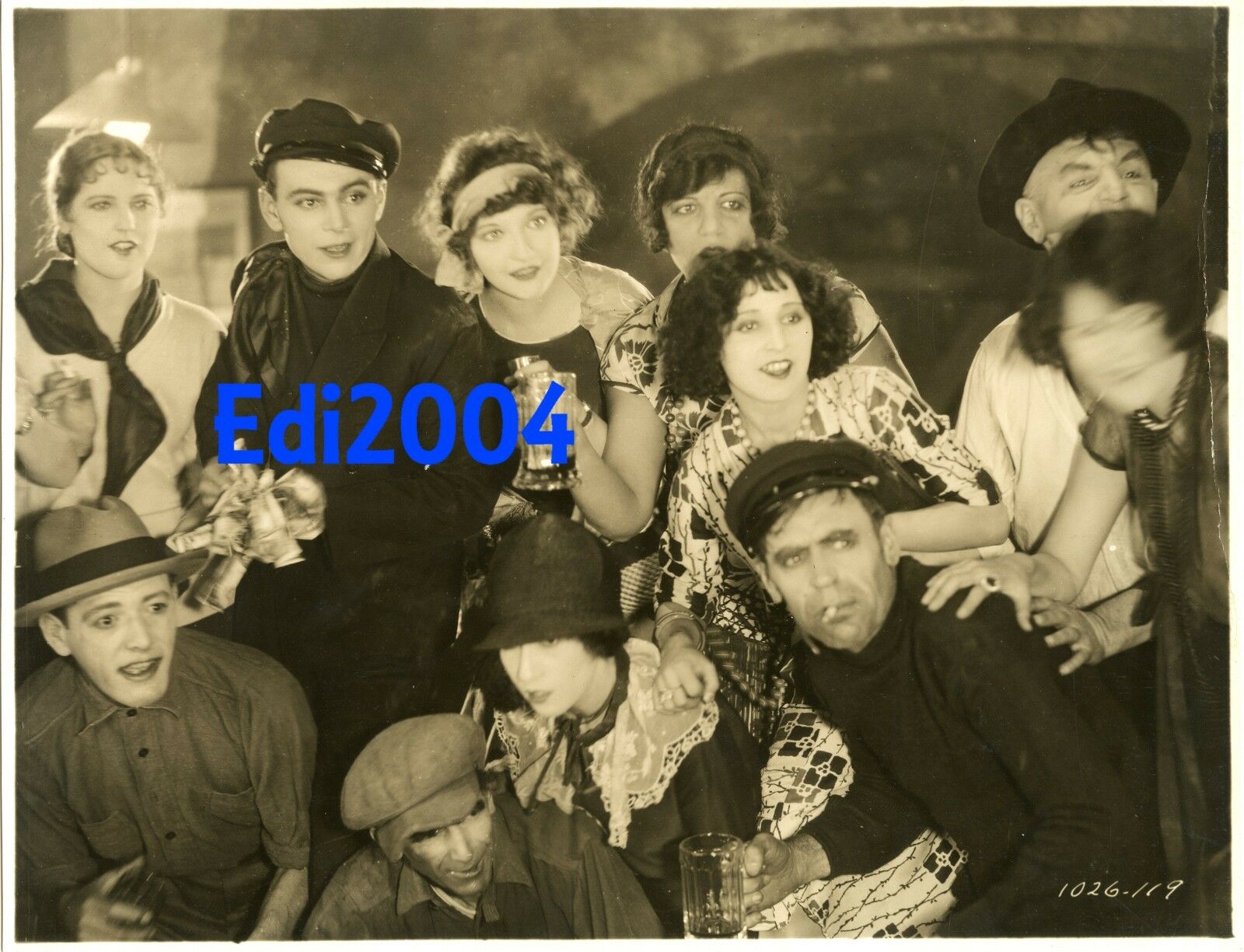 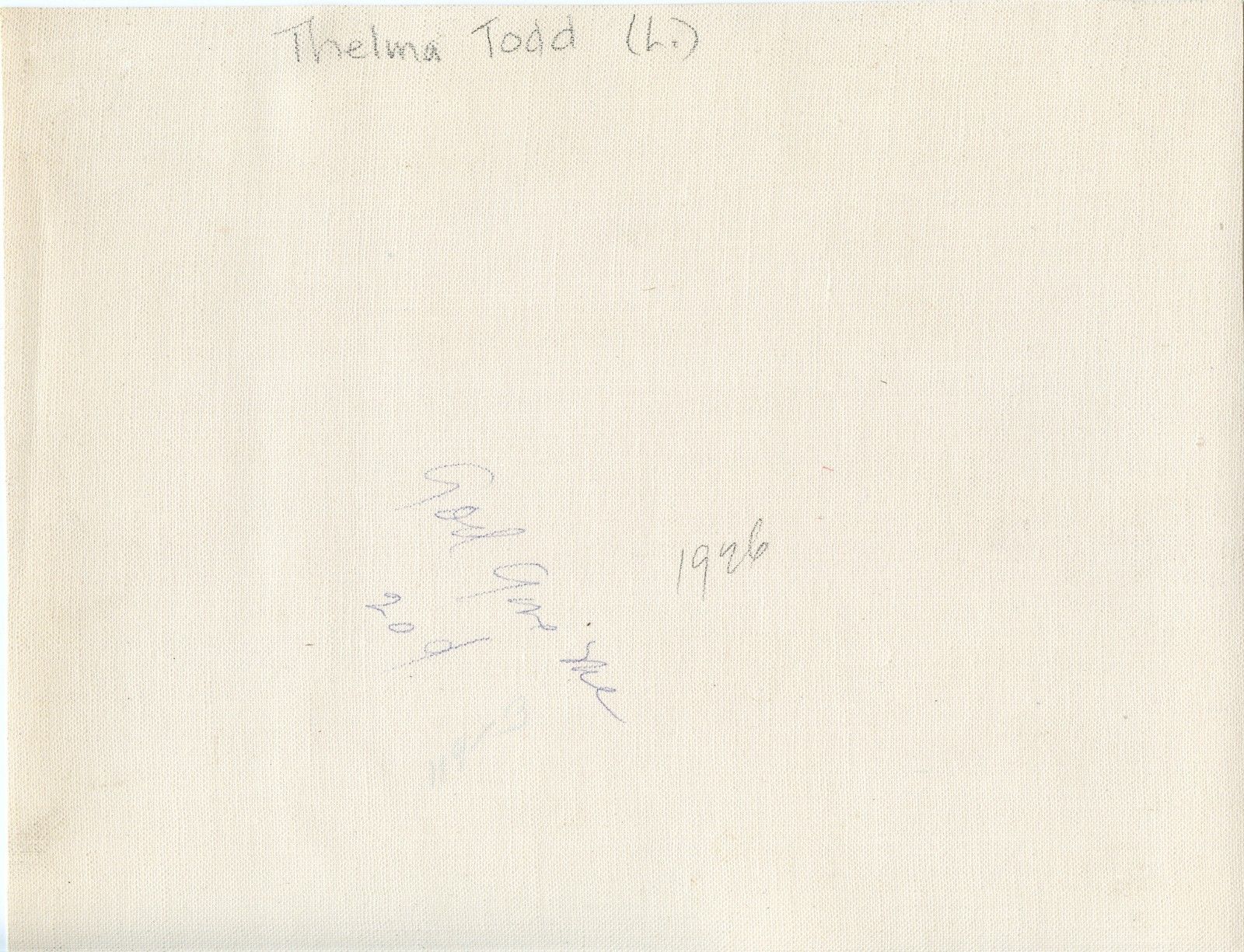 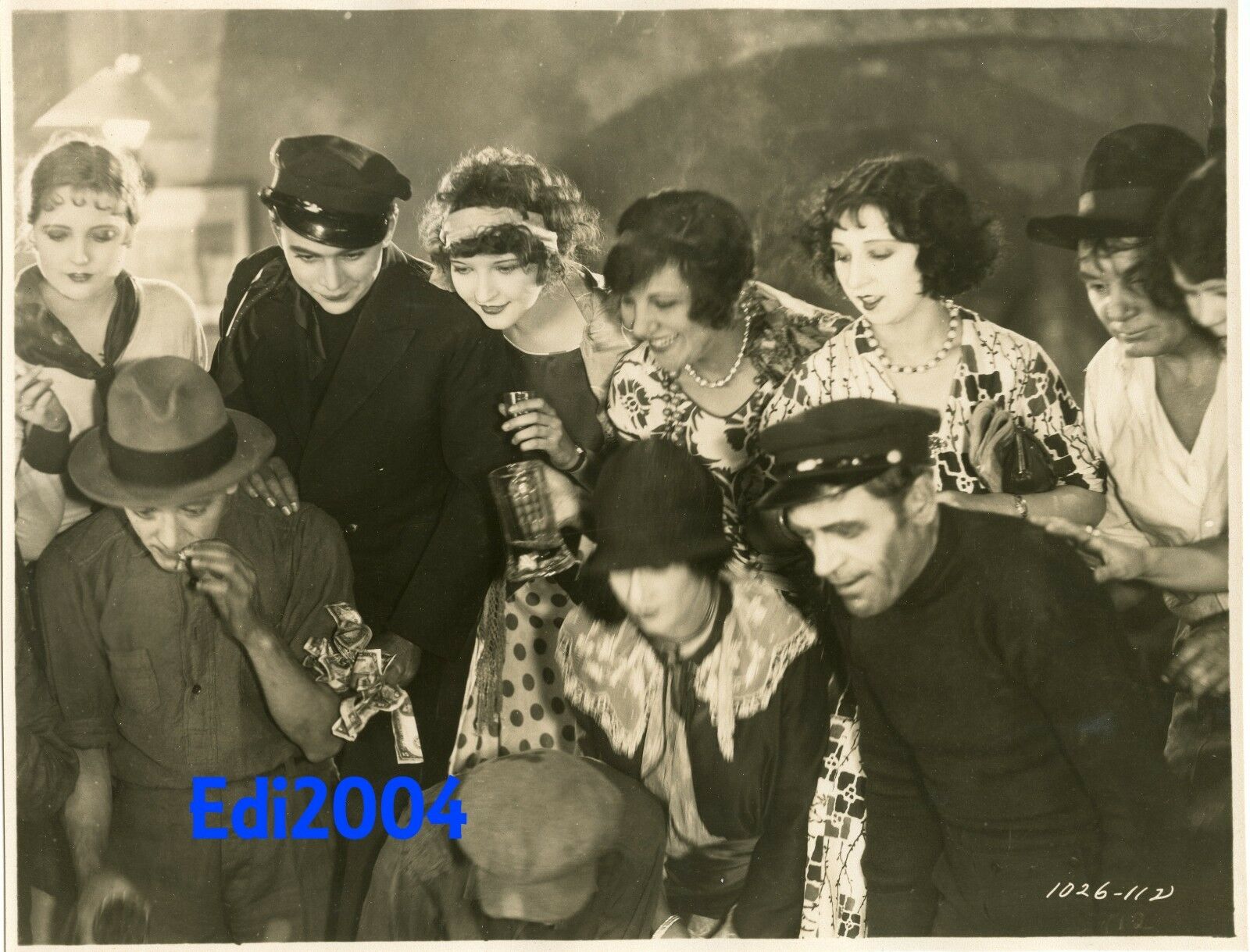 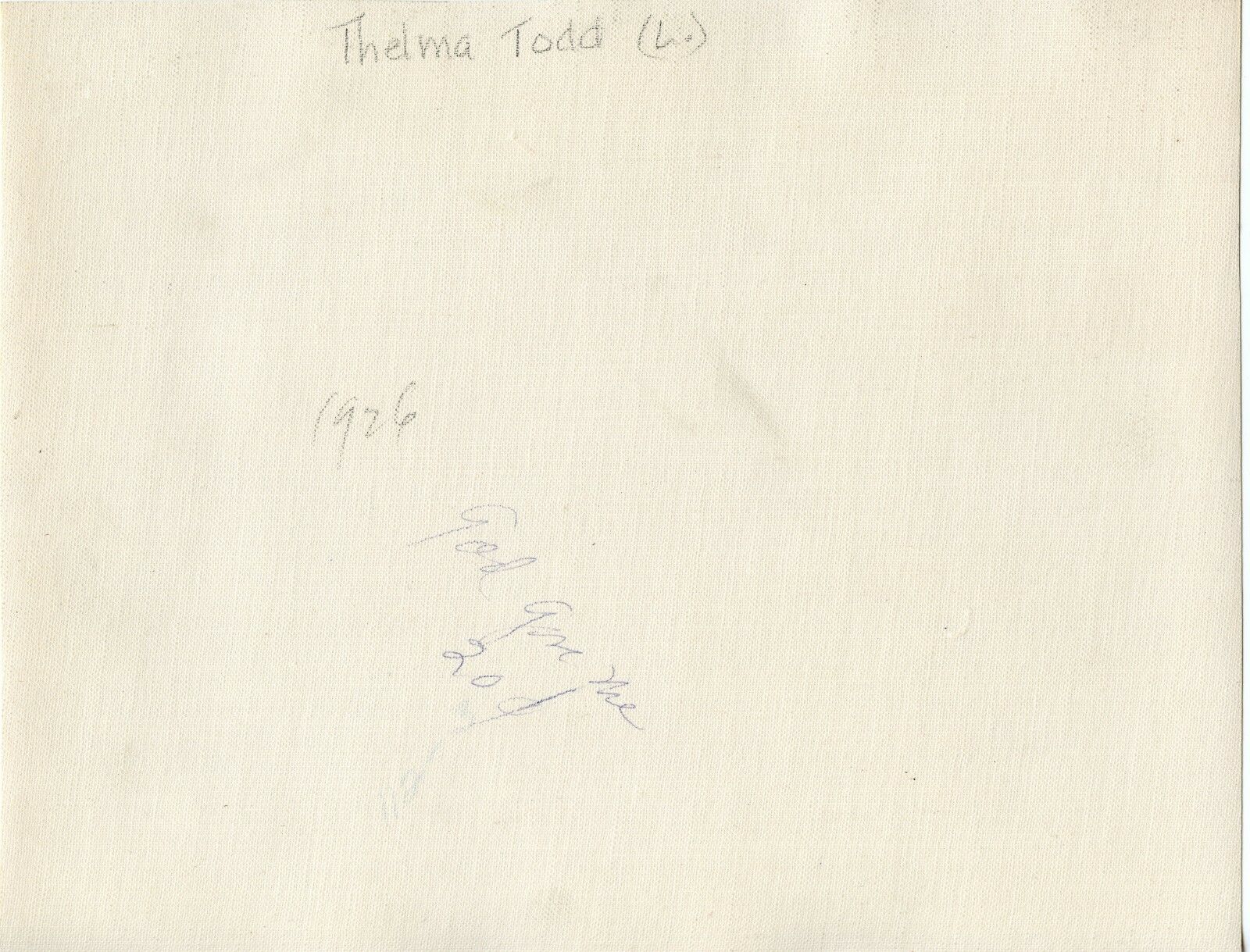