A 1930 Original / Vintage 8x10 photograph of THELMA TODD.  The original Hal Roach - MGM description can be found on the reverse of the photo.  The tag on the reverse dates this photo 2/6/30.  Stamp signed in the negative just above the bottom border (NOT a hand signed autograph). 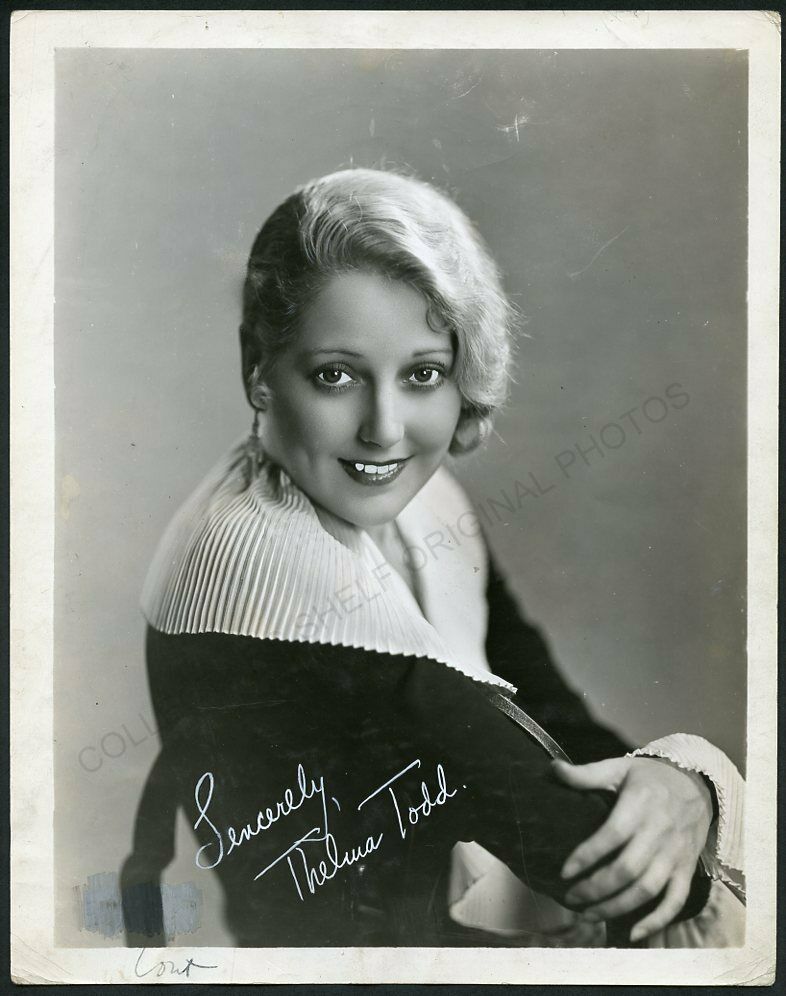 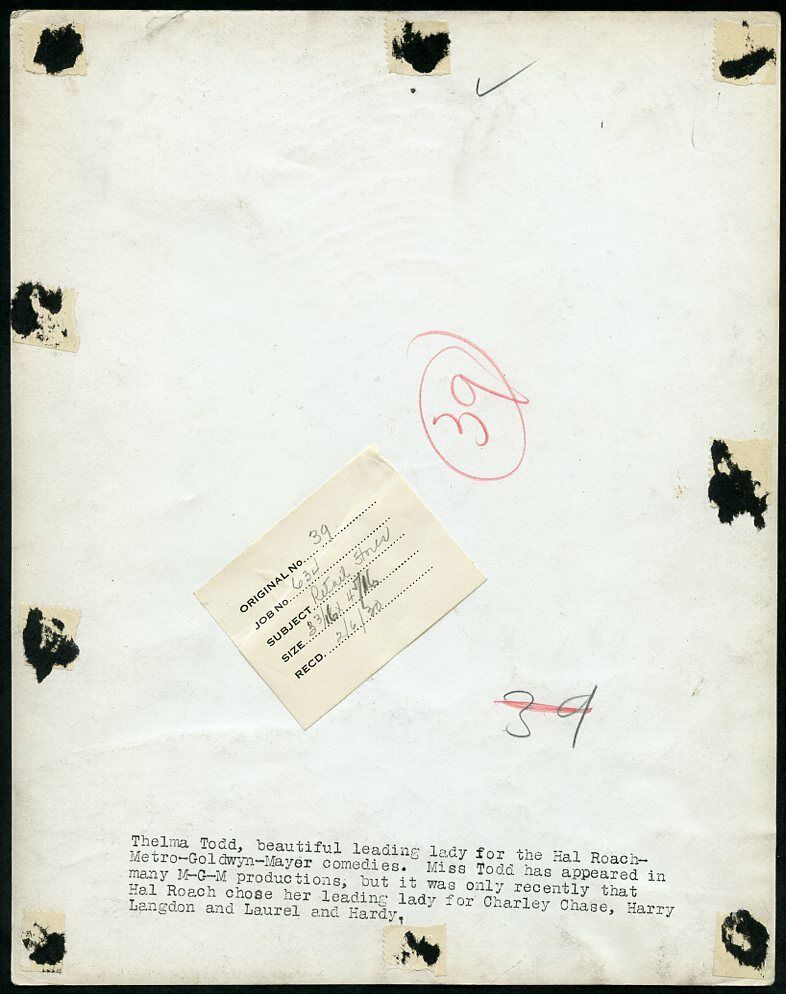 This photo is part of a collection originally amassed by George Smoots.  Mr. Smoots wa an oil company credit manager, who had a love for the movies and collected photos of Hollywood stars from the 1920s until his passing in 1951.  Mr. Smoots knew most of the studio photographers and through these connections was able to amass a sizable collection.  This collection remained undisturbed from his death in 1951 until the early 1980s.  The majority of the collection was donated to the Margaret Herrick Library at the Academy of Motion Picture Arts & Sciences in 1992.  At that time the donation was the largest one-time donation of photographs ever made by a private party to the Library.  An article describing this donation can be found in the June, 1992 Academy Report (Volume 1, No. 2).  This photo is part of the remaining photographs that were not donated to AMPAS and represent the best of the best of the Smoots collection.

Posted by Benny Drinnon at 9:20 AM