Ivan Lebedeff was one of the men with whom Thelma Todd's name was linked in the late twenties and early thirties.


Many people from Russia came to live in the United States because of the Russian revolution.  Members of the aristocracy were in danger of being killed by the bolsheviks, and in the new world many of them would go on being aristocrats, even if without money. In Hollywood different types were wanted for the movies, and not surprisingly some of these immigrants found employment there. Foreigners were seen as exotic, and accessories such as monocles were supposed to add to their mystique. Ivan Lebedeff did well enough in the movies to work with stars like Jean Harlow and Mae West. His career later went into a decline, but he was able to continue working in the movies until the time of his death. 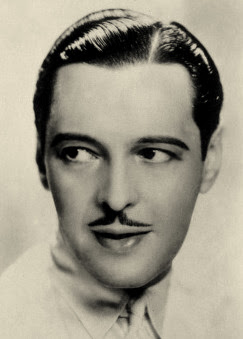 With Thelma Todd at a movie premiere in the 1930's. 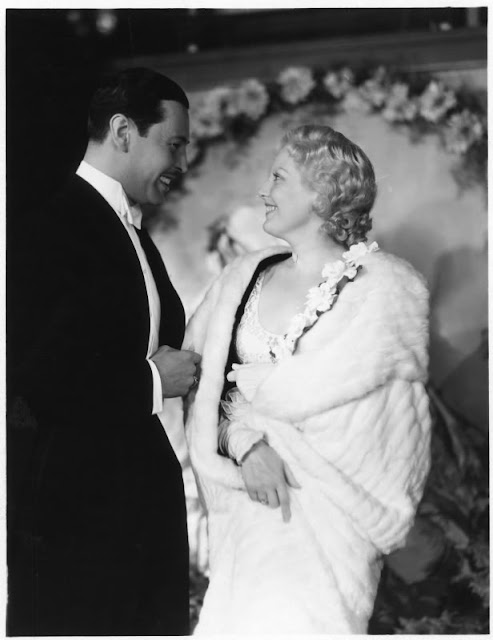 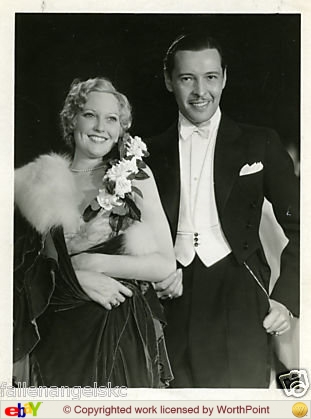 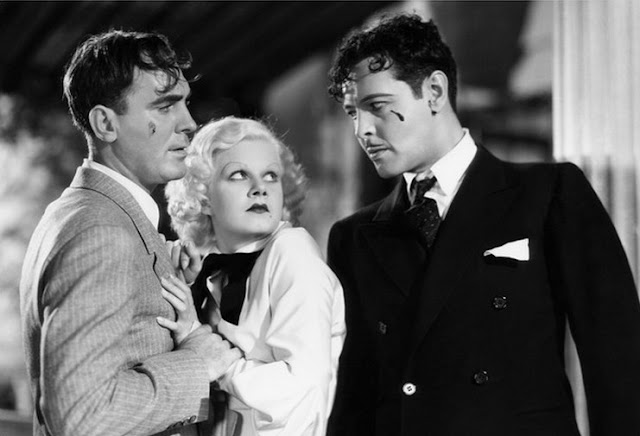 
An article from the November 1931 issue of PHOTOPLAY. 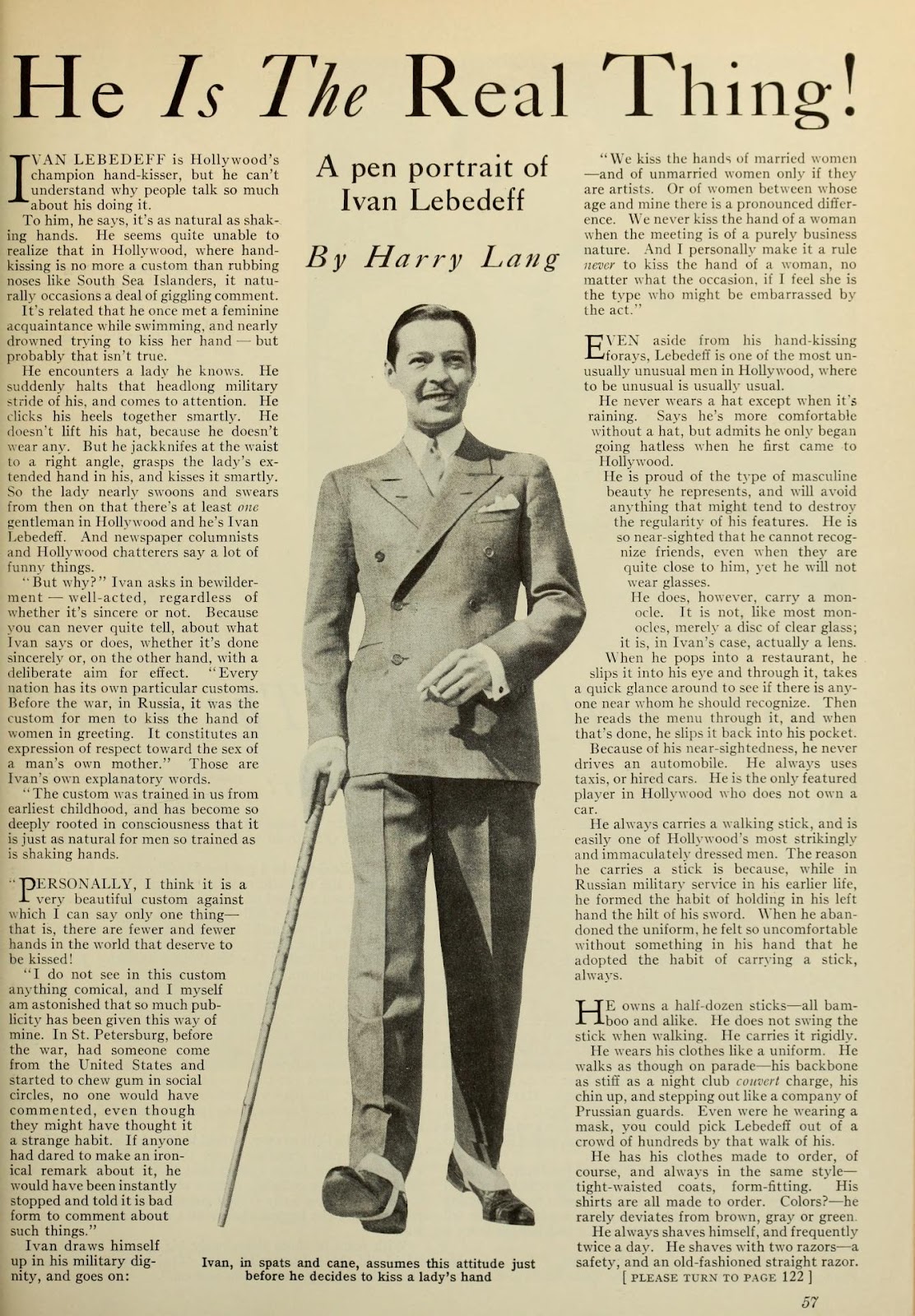 People used to wear hats a lot in those days. Some Russian soldiers were still using swords in World War II, although the same war would also see the use of jet planes, guided missles, and the atomic bomb. 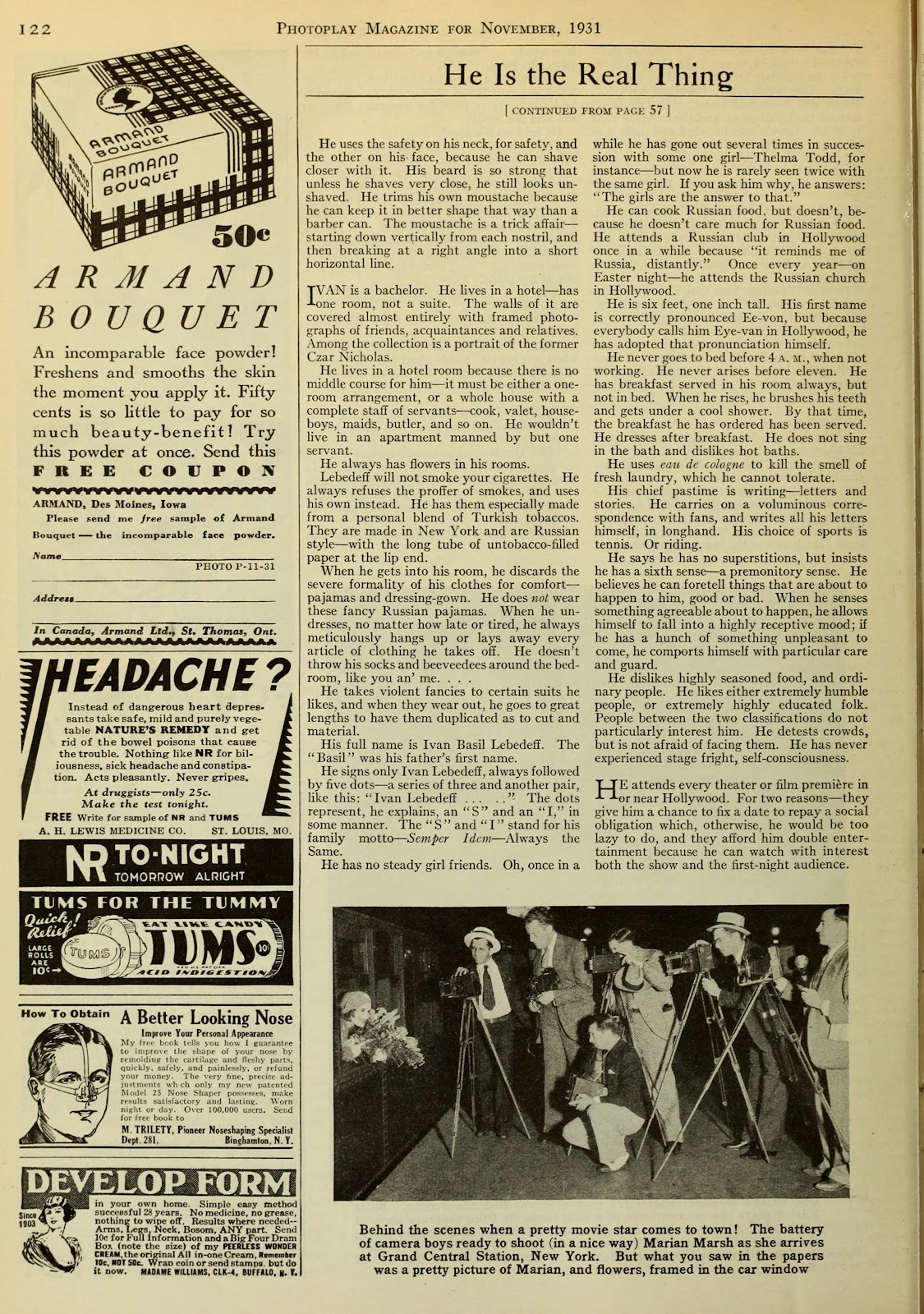 Representing the letter "s" as three dots  and the letter "i" as two dots comes from morse code. 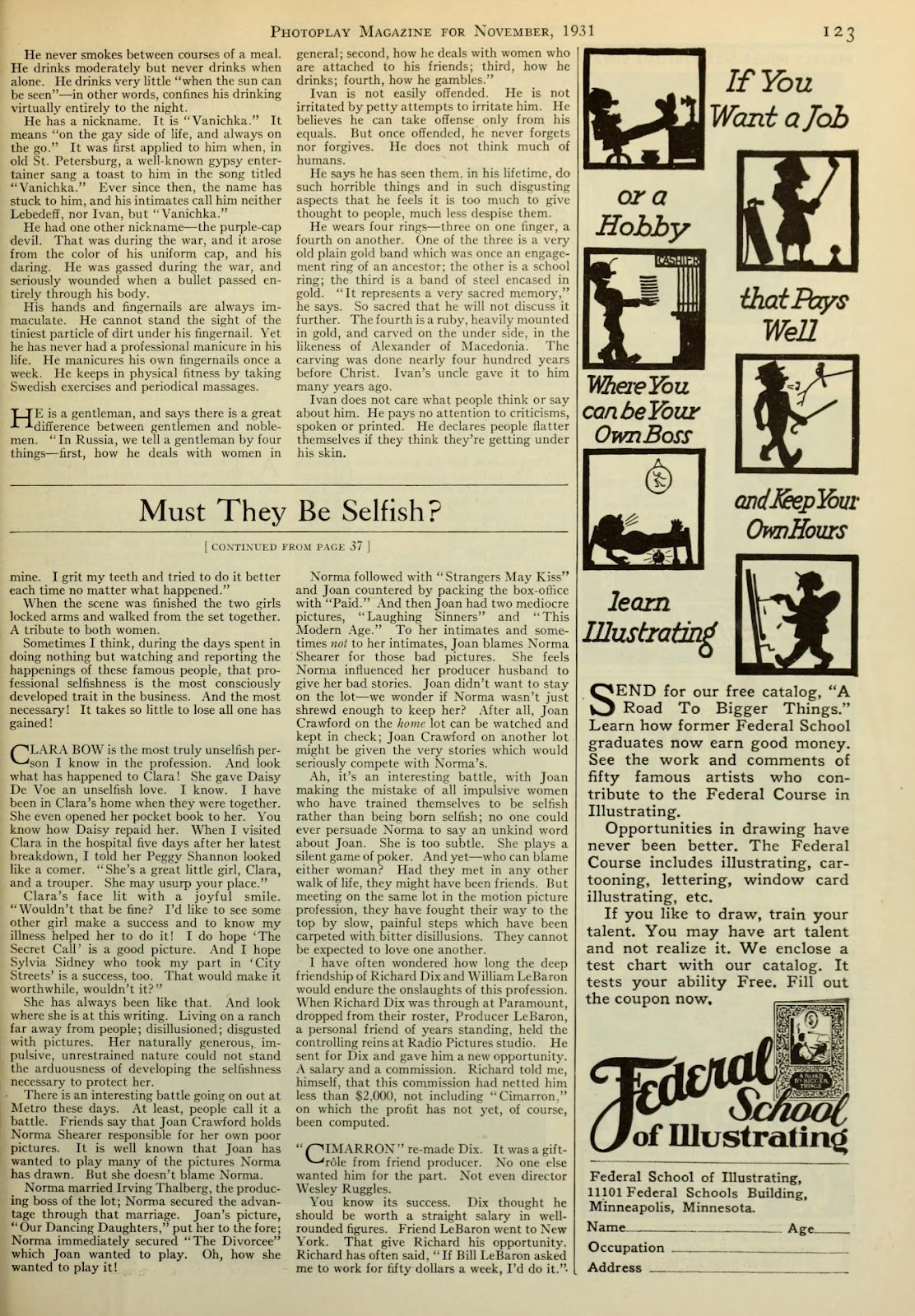 Poison gas was used in the first World War and was still considered a fearful weapon at the time this was written, although it was not used in the second World War. "Alexander of Macedonia" is commonly refered to as "Alexander the Great".

An item linking Thelma Todd with Ivan Lebedeff from 1927. 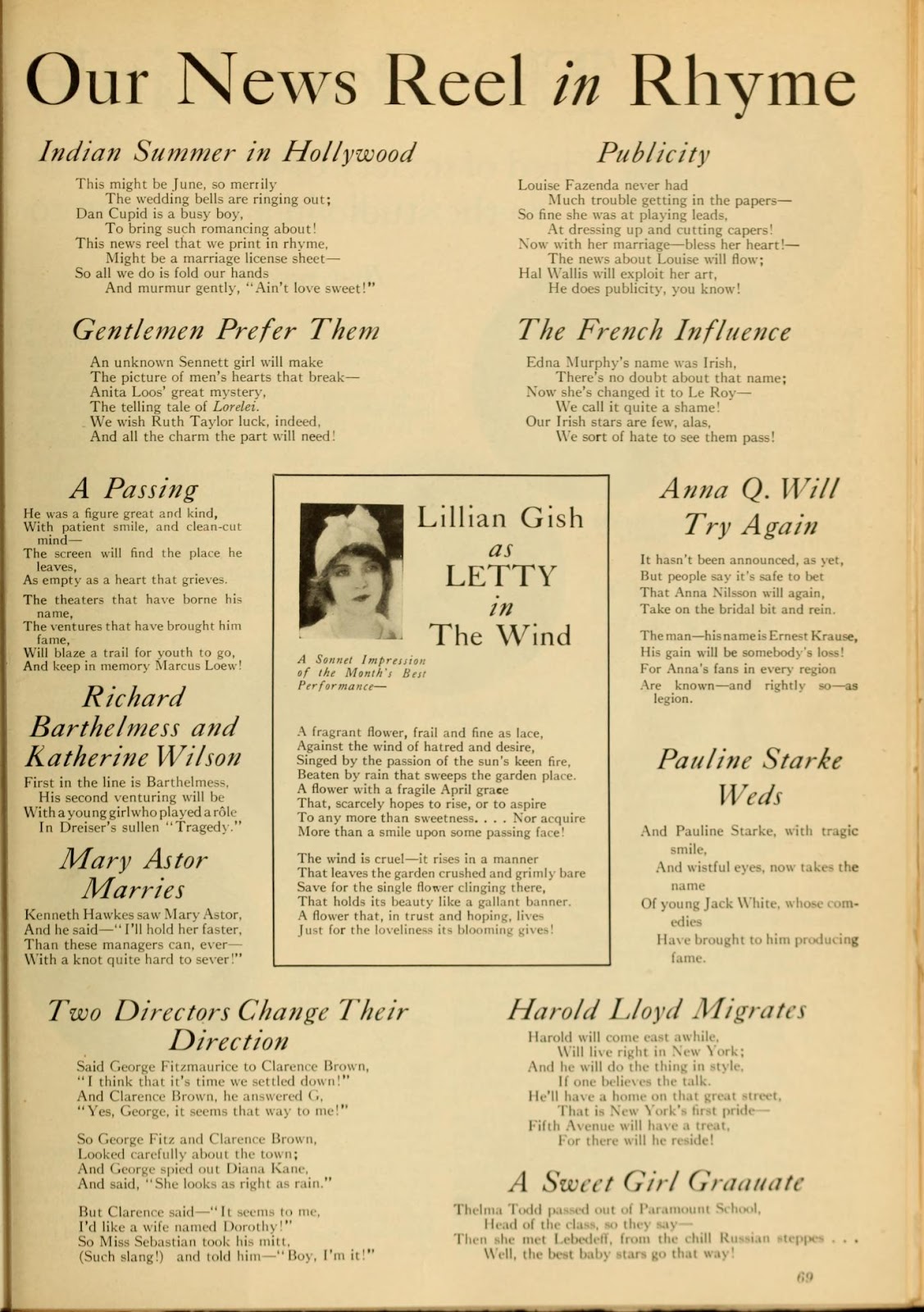 I think they must have meant "graduate", and that the "d" was rendered as an "a". 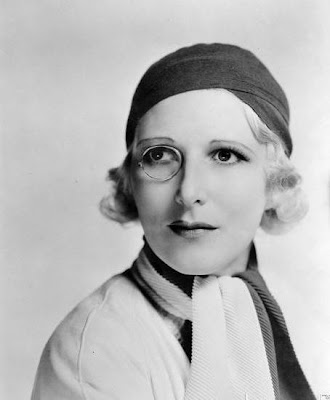 Ivan Lebedeff, one of the best monocle wearers in Hollywood, was lunching with Polan Banks. Joan Crawford and Douglas Fairbanks, Jr. entertained at the Ambassador following the premier of Doug’s picture. Paul Bern, Joan Bennett, Gene Markey, Heather Thatcher, Hollywood’s only woman monocle wearer, Bebe Daniels and Ben Lyon and Clark Gable were in the party. Mrs. Gable, who is in from New York, reported as being much entertained.

And here's Ginger Rogers as "Annietime Annie" , with a monocle, in 42ND STREET. 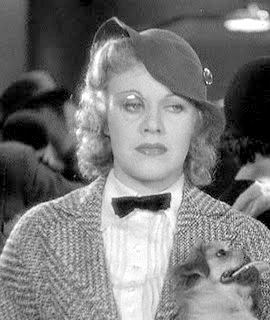 Una Merkel, Ruby Keeler, and Ginger Rogers in a publicity phtoo for 42ND STREET. This 1933 movie was a smash hit.

1944Are These Our Parents?
Alexis Dolan

1943Around the World
Menlo (uncredited)

1942Lure of the Islands
The Commandant

1939Trapped in the Sky
Dure

1937History Is Made at Night
Michael Browsky

1936Love on the Run
Prince Igor

1935She Couldn't Take It
Count (uncredited)

1933Made on Broadway
Ramon Salinas

1930Men Without Women
Man in Bar with Top Hat (uncredited)

1929They Had to See Paris
Marquis de Brissac

1929The One Woman Idea
Hosainn

1927The Angel of Broadway
Lonnie

1927The Love of Sunya
Ted Morgan(as Ivan B. Lebedeff)

1926The Sorrows of Satan
Amiel

1932The Hollywood Handicap (short)
Himself

Watch THE SORROWS OF SATAN, with Ivan Lebedeff:


Hollywood In It's Heyday:
http://hollywoodheyday.blogspot.com/2009_10_01_archive.html

Posted by Benny Drinnon at 4:13 PM