Duke York was in the last Thelma Todd and Patsy Kelly comedy, ALL-AMERICAN TOOTHACHE. He also claimed that he was a "Mystery guest" who would have gone with Thelma Todd to a party given by Mrs. Wallace Ford. 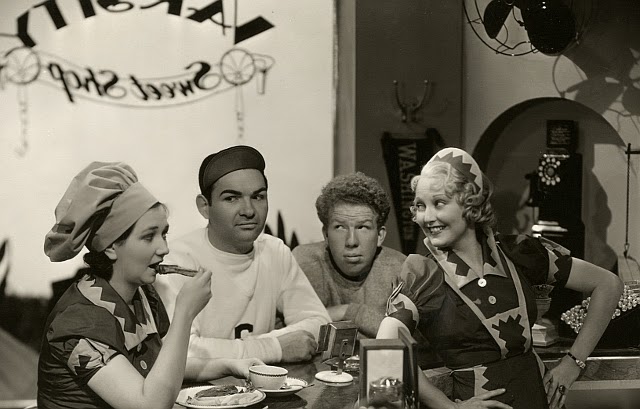 Modern viewers will remember York for his portrayals of grotesque monsters, ape men, or other scary goon-like characters in Three Stooges short films such as Three Little Twirps, Idle Roomers, Shivering Sherlocks, and Who Done It?. His most prominent non-monster role was as Kelly in Higher Than a Kite. York also played the role of King Kala in the serial Flash Gordon.[1]

York committed suicide in 1952 by shooting himself in the head. He was 43.

York plays a docile wolfman who goes berserk whenever he hears music in the Three Stooges film Idle Roomers.


We know that Duke York worked with Thelma Todd in her last two-reel comedy, but I don't know how much can be proven as to how much they were associated after that. He testified before the Grand Jury that he and "Lord Landsdowne" were to have gone to Mrs. Wallace Ford's party the day after the Lupino's party at the Trocadero. "I was going to wear a starched shirt front with a ribbon across the front end and cock a monocle in one eye. Lord Lansdowne, one of close personal friends, was going to dress similarly.

"Thelma was going to introduce me as the Duke of York and Lord Lansdowne under that title and pretend we were actually members of the British nobility visiting in Hollywood.

"Everything was all arranged. Thelma, I understood, had called Mrs. Ford the previous Wednesday and told her she was bringing a couple of guests who she would not name."

"On Sunday, the day before Miss Todd was found dead, I called repeatedly and tried to get her. I never succeeded in locating her. The following day I read that she had been found dead."

Mrs. Ford had said that Thelma Todd called her on Sunday afternoon at about 4 o'clock, saying she would be at the party in about half an hour with a mysterious guest. However, she did not say that Thelma Todd had called the previous Wednesday.

The authorities didn't believe that Thelma Todd had actually called Mrs. Ford on Sunday afternoon. They thought Thelma had died the previous morning. They also did not believe the story that Duke York and Lord Lansdowne were supposed to have gone to the party with Thelma Todd.

The story had Thelma Todd and Patsy Kelly as waitresses at a diner, while Duke York and Mickey Daniels were football-playing dental students. 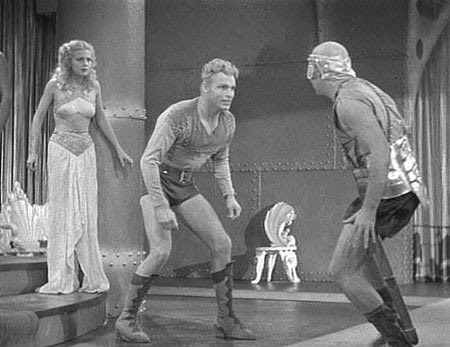 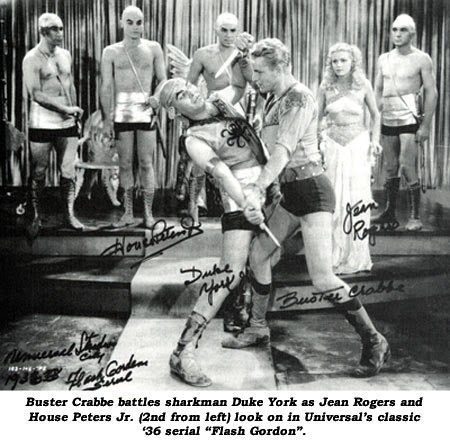 Duke York played a monster in several Three Stooges comedies. The werewolf makeup he wore in IDLE ROOMERS is similar to that used in Columbia's RETURN OF THE VAMPIRE a year earlier, a movie which itself was similar to the Universal horror movies of the time. 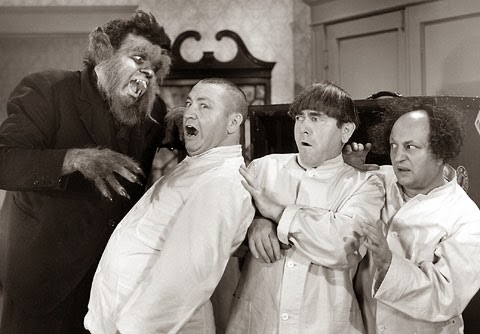 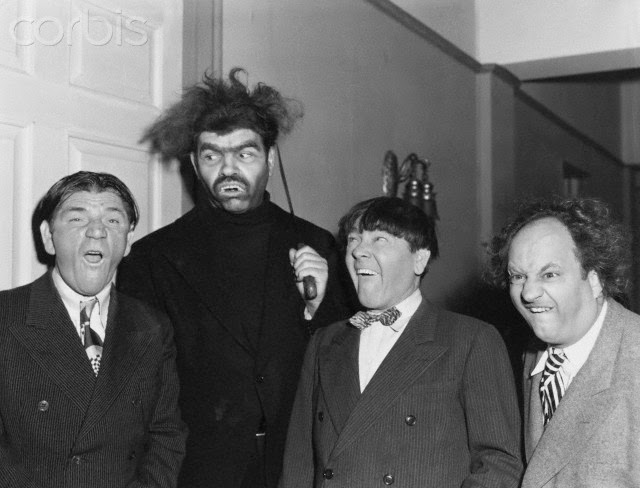 It is said that Duke York killed himself when he felt that he could no longer go on living without a woman who would not marry him. A sad end for a man who had contributed much to the movies he had appeared in.