Wheeler And Woolsey And Friends On Tour 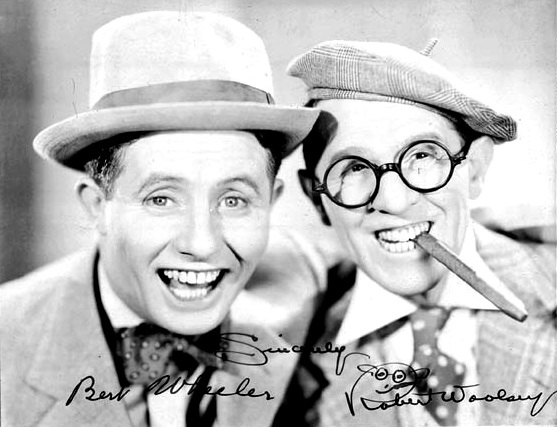 From G. D. Hamann's THELMA TODD IN THE THIRTIES:

Going the personal appearance idea one better, Bert Wheeler, Robert Woolsey, Thelma Todd and Dorothy Lee will join together in a musical comedy and make a swing through Texas, up the South Atlantic Coast, the middle west and finally to New York.

The vehicle, "Dumb Bells," is all ready and the four-starred caravan will leave Hollywood soon after they finish HIPS, HIPS HOORAY at RKO. They plan to play engagements at Phoenix, El Paso, Fort Worth, Dallas, New Orleans, Memphis, Chicago, Detroit and on to Broadway.

If you can believe it's enthusiastic backers, "Dumb Bells" will not be the thrown-together show such as you road audiences have been victimized by in the past. Tim Whelan, Wheeler and Woolsey collaborated on the book, and the veteran team of Kalmar and Ruby have furnished the songs.


Betty Grable went with them on another. 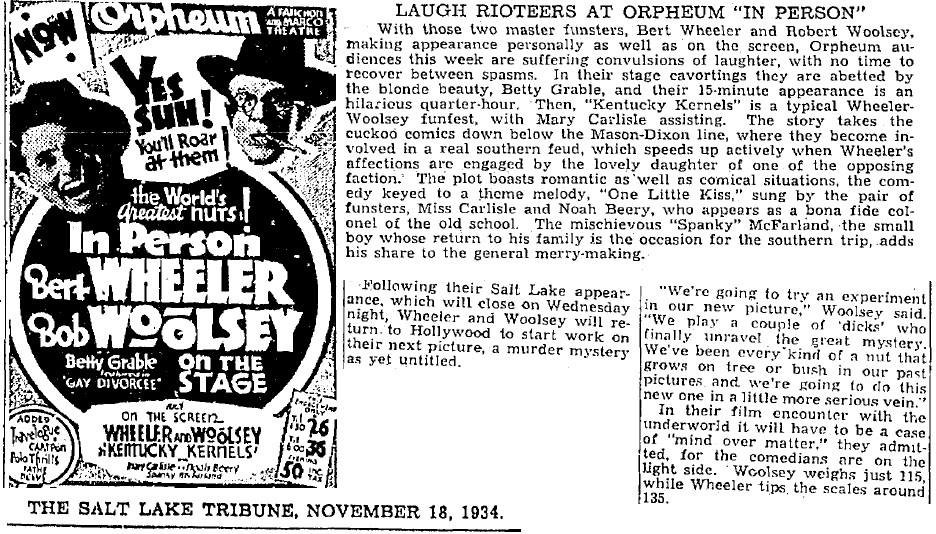 Betty Grable had evidently made a splash in THE GAY DIVORCEE in 1933, singing "Let's K-nock K-nees"  and dancing with Edward Everett Horton, 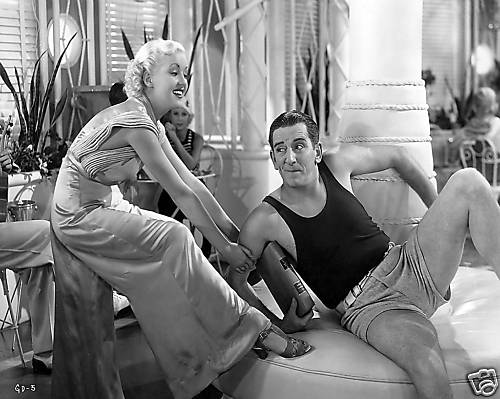 but wouldn't be considered a big star until the forties. 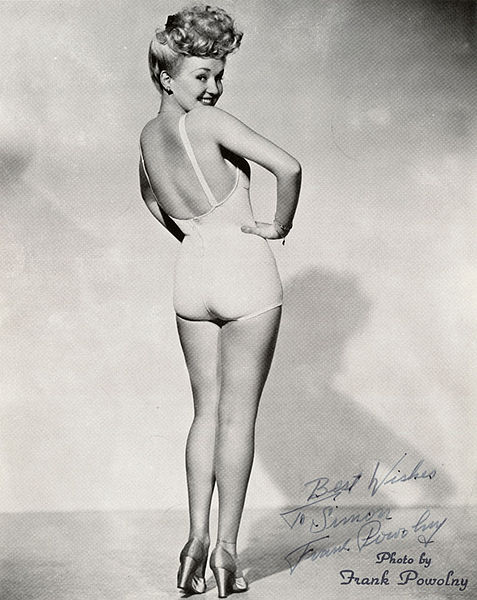 Here we see Betty Grable being interviewed on the radio by Paula Stone in the 1940's. 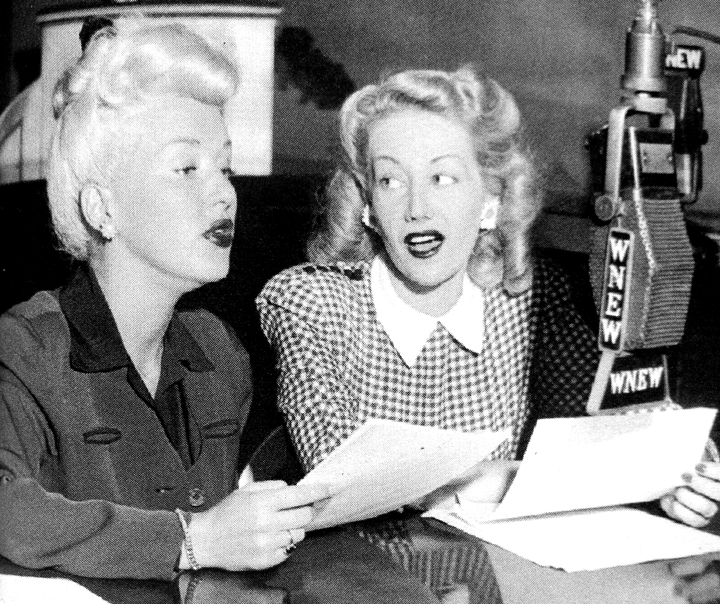