A photograph from the early part of Thelma Todd's career, autographed to someone who seems to have been the same type. 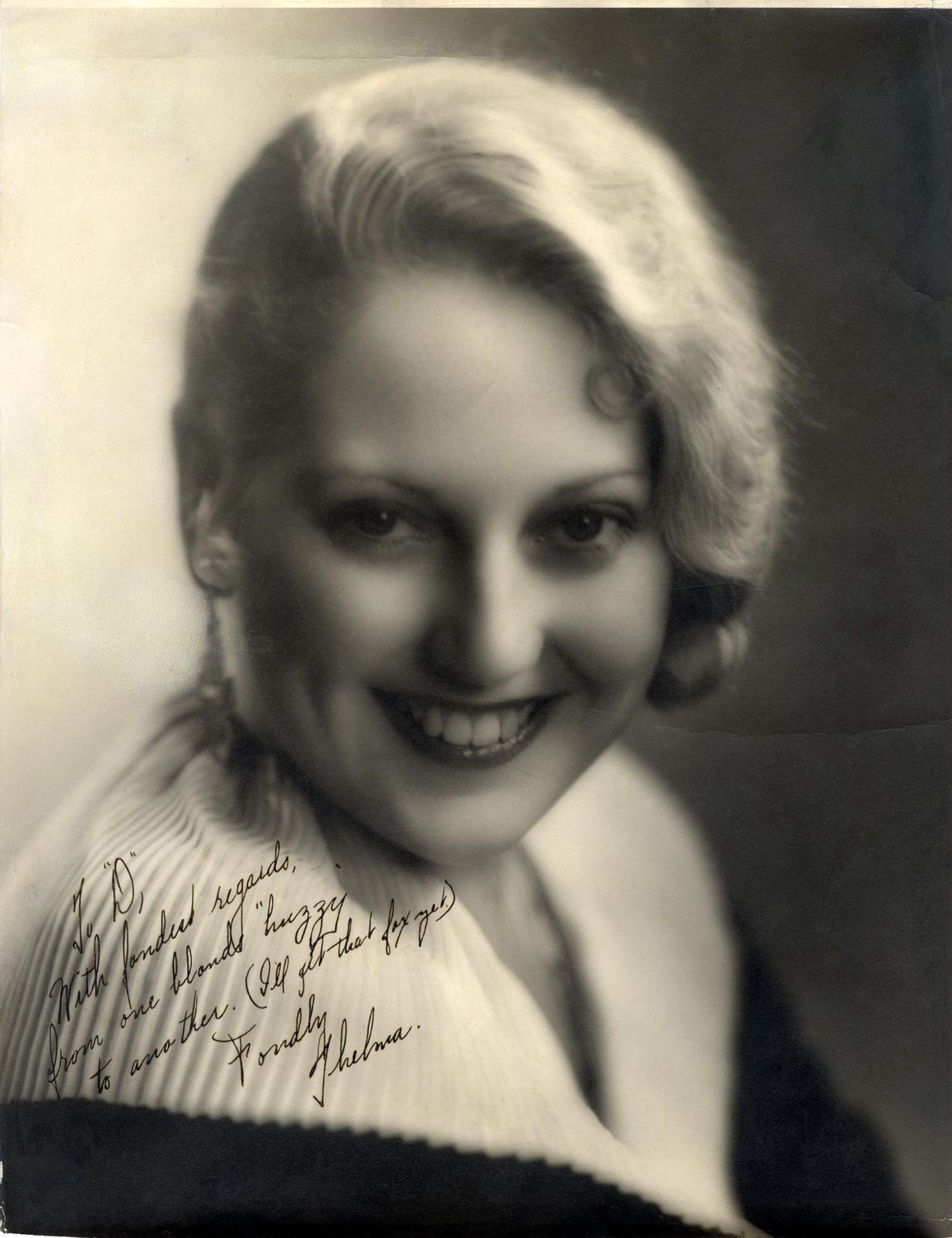 Signature reads, "To 'D', With fondest regards, from one blonde 'huzzy' to another (I'll get that fox yet! ) Fondly, Thelma". "Hussy" ( spelled huzzy ) is intended to be humorous and evidently the letter was written to another woman with a similar look. "Fox" I would interpret as meaning a man that Thelma Todd was interested in. The implication is that the recipient knew what she was talking about and it is likely that this is referring to something that was mentioned in previous correspondence.