A couple of newspaper cartoons featuring Thelma Todd that were posted in the Thelma Todd Fans Group on facebook. 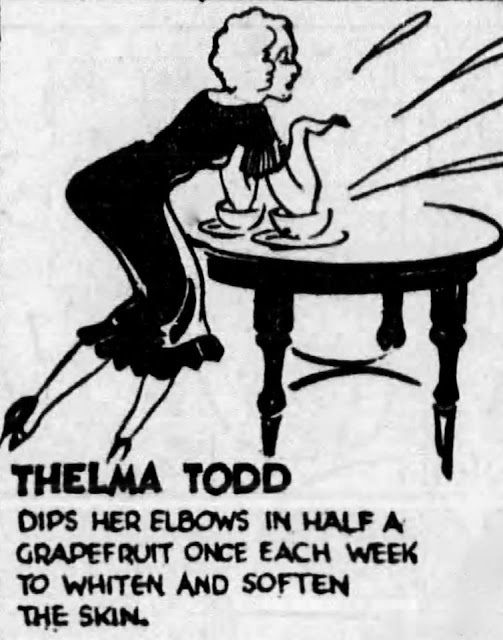 The first is from SCREEN ODDITIES by Captain Roscoe Fawcett. We've had this one on the blog before. 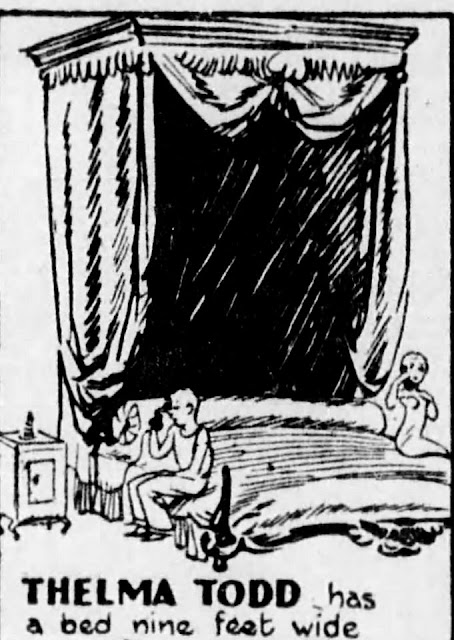 The idea here is that Thelma Todd and ( presumably ) her husband Pat DiCicco are talking on the telephone because the bed is so large. Lupe Velez also used to have a great big bed.