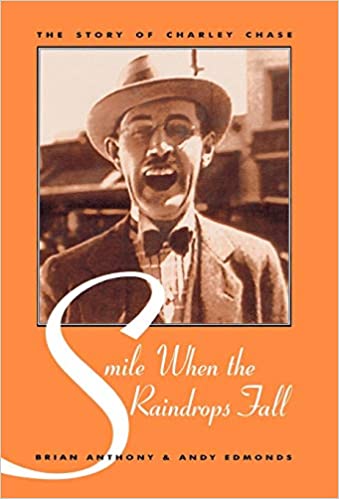 In 1998 Brian Anthony was also on the Thelma Todd "Mysteries And Scandals" program wih Andy Edmonds.

The story that Luciano had Thelma Todd murdered was in both the book and the television program. The fact that someone who was involved with both was also involved wih the fanzine means that it was connected not just with that story ( which can be found in a number of places ), but with Andy Edmonds herself.  They evidently just didn't let that bother them.

*Issue #2 listed him as a contributor to an article about Anita Garvin.

"Smile when the Raindrops Fall" by Brian Anthony and Andy Edmonds :