From Michael Johnson in "Thelma Todd Fans" on facebook:

Thelma lends her talents to the 'Dominos,' a female version of the Masquers' Club. Located in Hollywood at 1791 N. Sycamore they moved later to North Crescent Heights. The organization allowed actors to come together and socialize with the likes of Sally Eilers, Billie Dove, Inez Courtney and Louise Fazenda. Thelma appeared in a sketch, 'His, Hers and Theirs' alongside fellow Hal Roach actor Mae Busch. Thelma In the left hand photo is misidentified. She's actually seventh from the left in this burlesque of 'Lysistrata' from March 1932. From my collection. 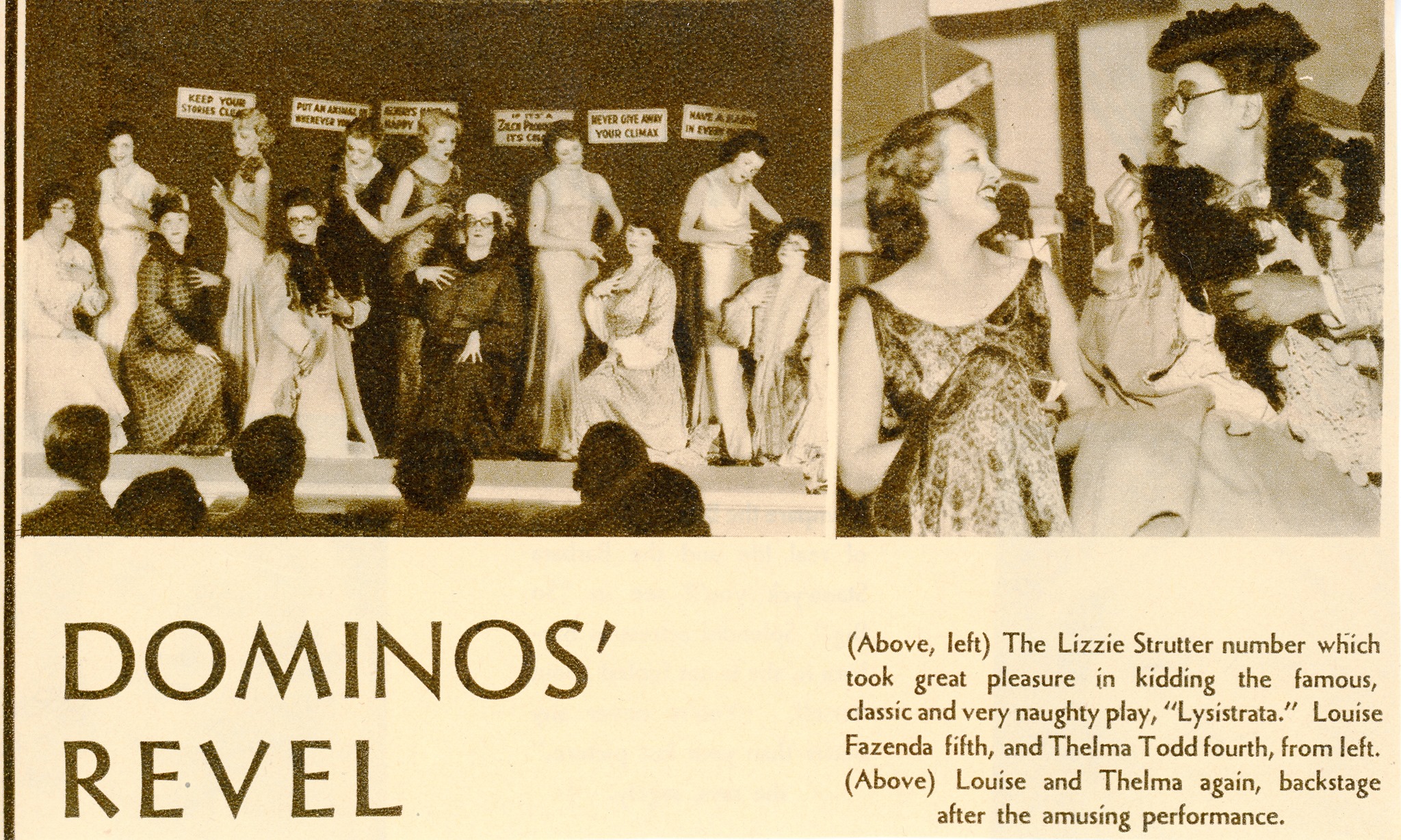