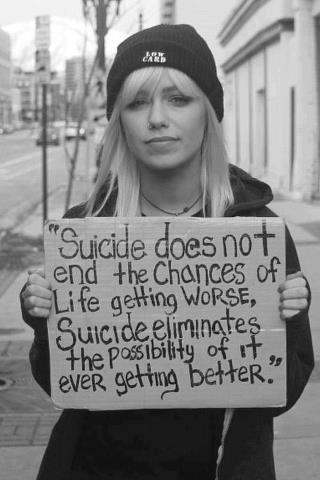 I hadn't known there was a suicide prevention week. It must be something the news media doesn't talk about. Sometimes it seems they are actually trying to promote suicide.

Sometimes you come across references to Thelma Todd having been ruled a suicide. She wasn't. That was only an opinion held by some people at the time that wasn't shared by everyone. And there have been other cases where celebrities were said to have killed themselves when it wasn't certain.

There's not really much that can be said for suicide. There's a lot more to be said for just going on living, the way you're supposed to, for as long as it lasts.