This is a publicity picture from First National, which later became part of Warner Brothers. Thelma Todd worked for First National in the late 1920's. 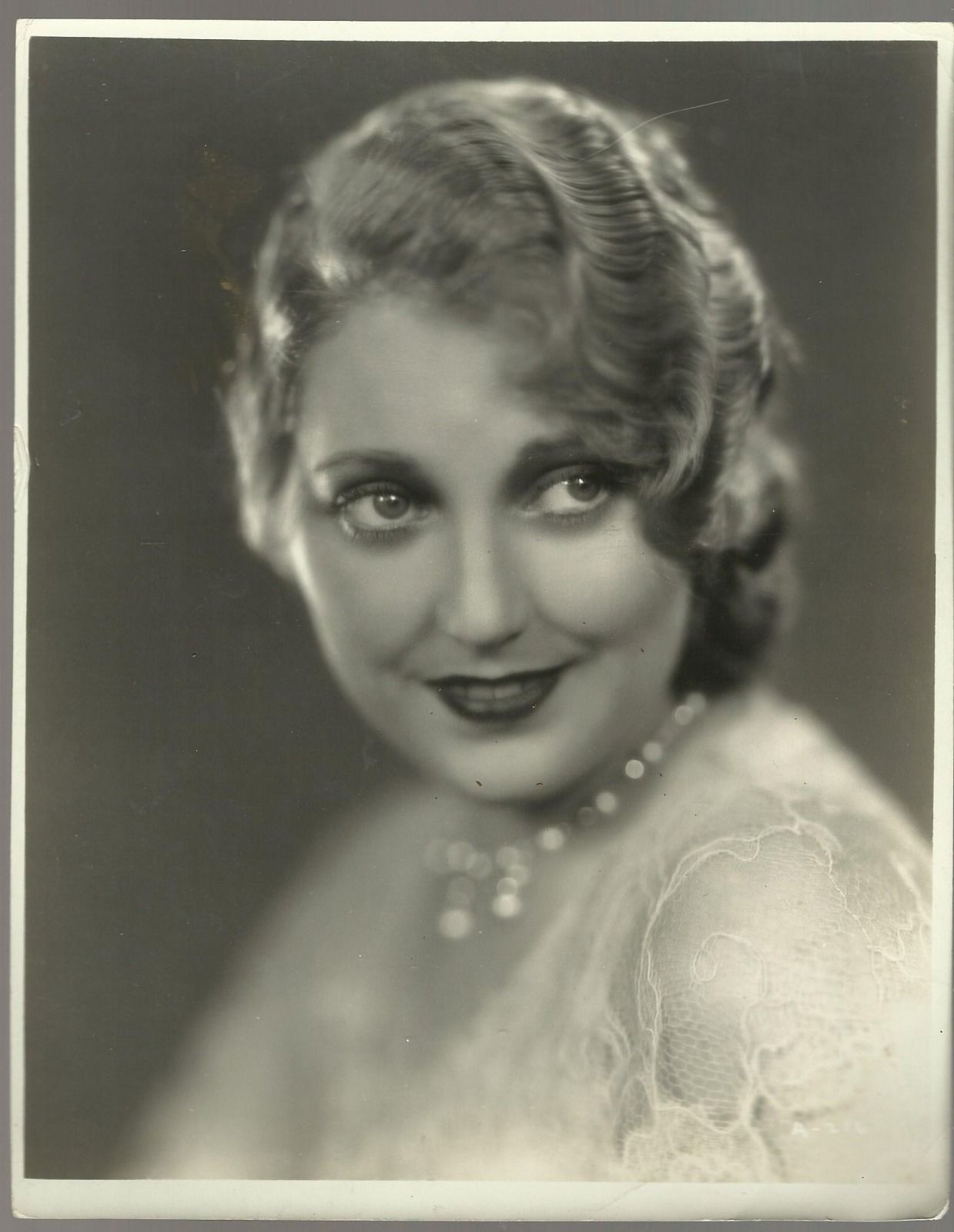 Writing on the back states that Percy Westmore sent this in: he was a well-known makeup man, 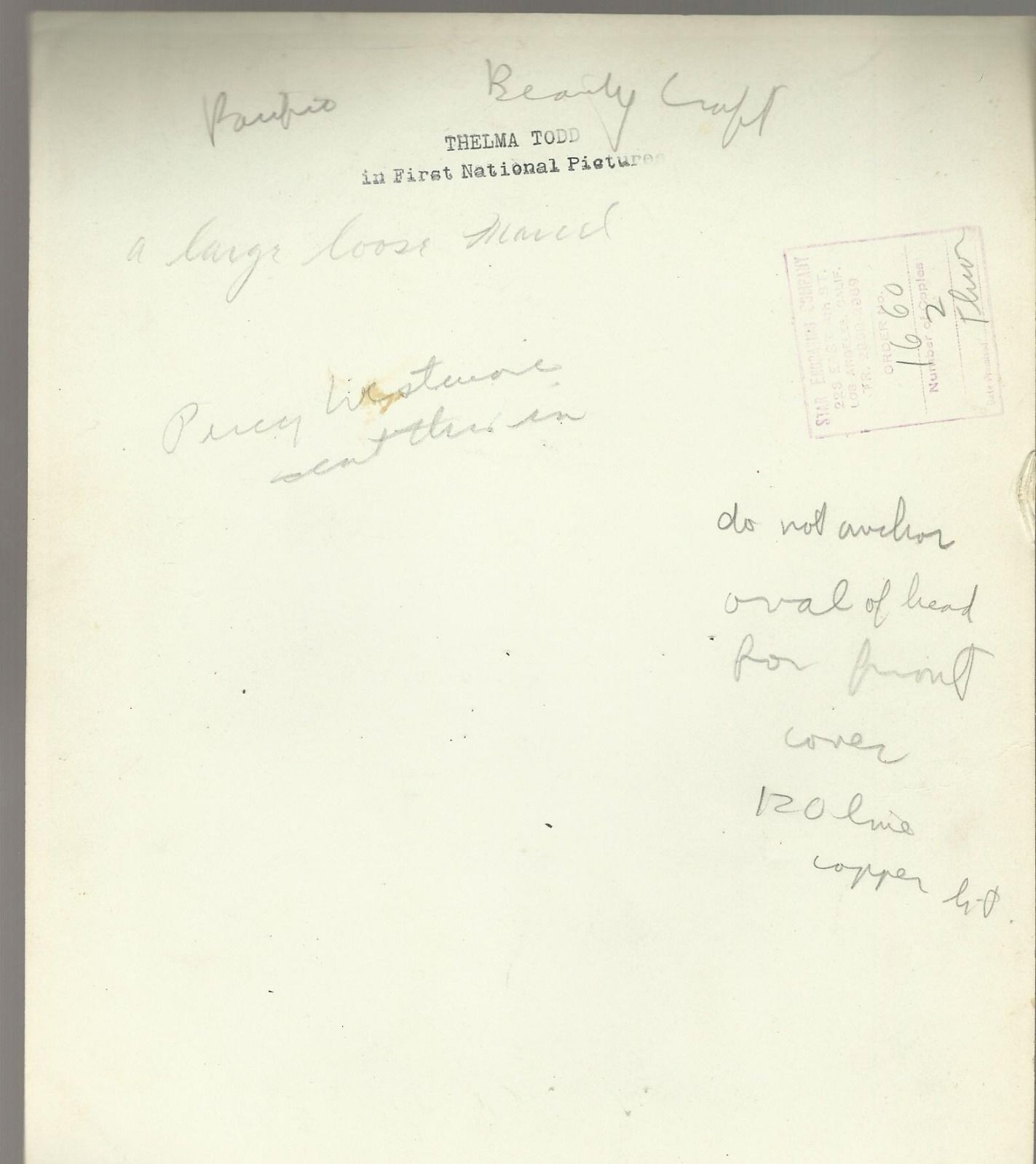 Evidently they wanted to use an oval section of this photo on the front cover of something.