Thelma Todd with Bing Crosby in the 1935 Paramount production TWO FOR TONIGHT. 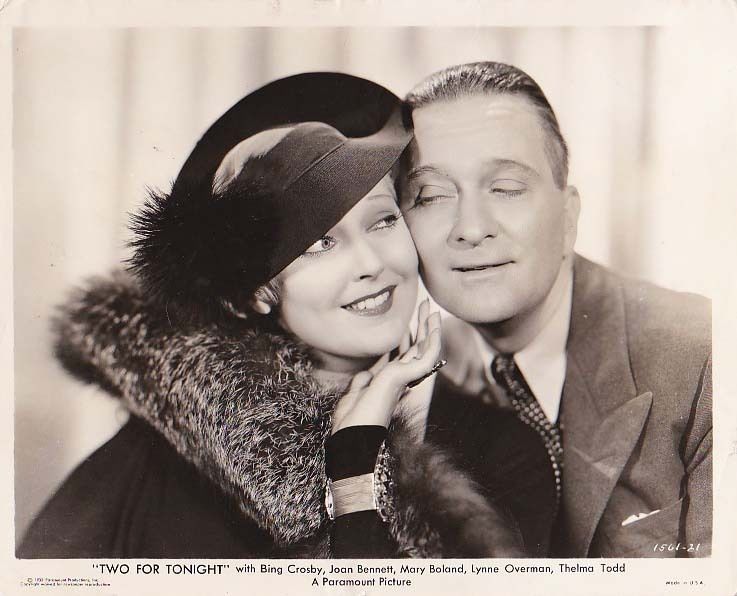