Merian C. Cooper is profiled in ABOVE THE CROWD. Cooper was a movie producer who made KING KONG, FLYING DOWN TO RIO, and many other movies. He was also said to have been the only man to make it out of a Russian prison camp and then Russia while the communists were in power. 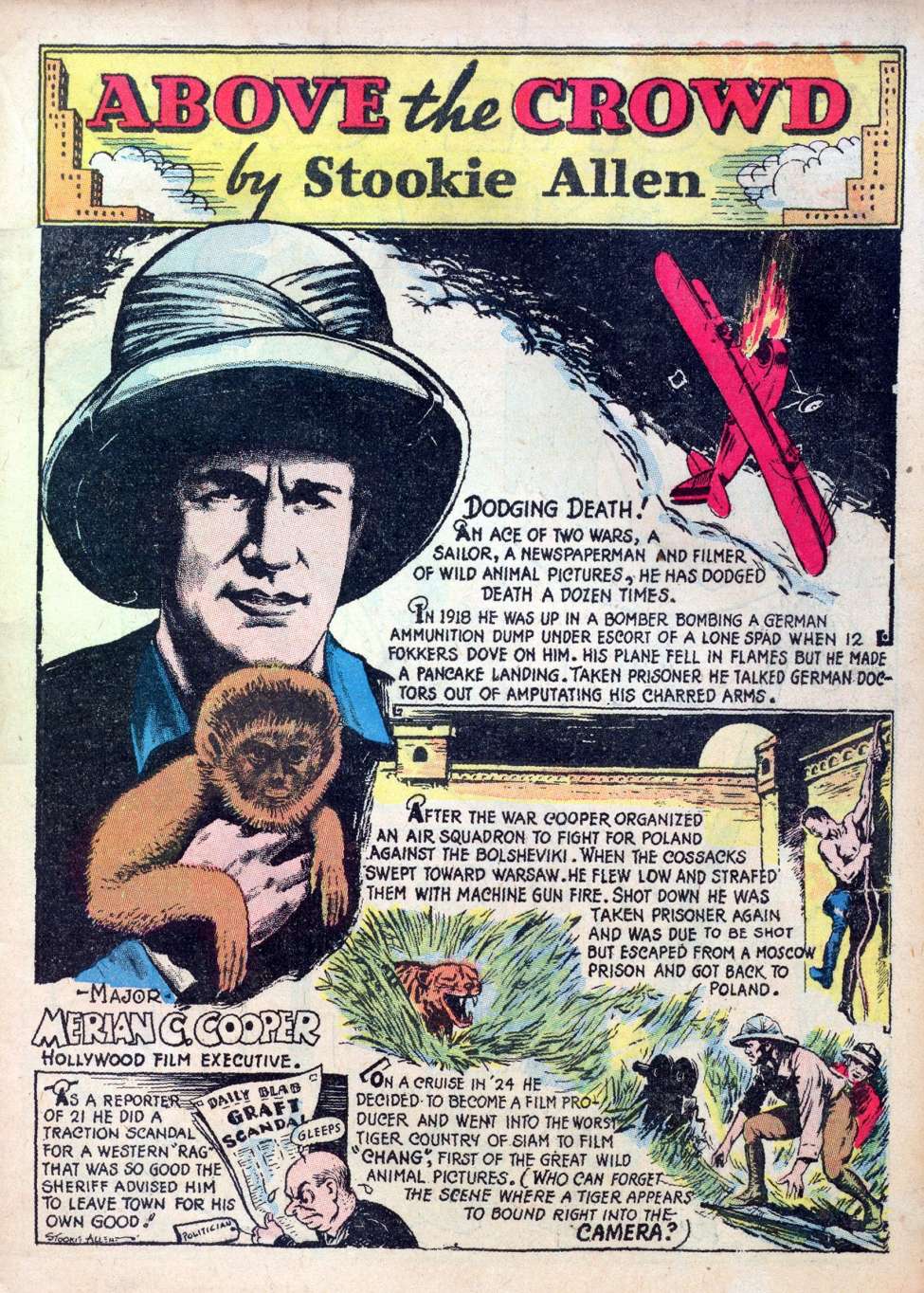