A couple of pictures from this movie that they had at the Internet Movie Database, which they had listed as Thelma Todd photos. I don't think she is in these photos, which show a bunch of dancers that they had in the movie. Ginger Rogers is in the top photo, but not the one at the bottom. 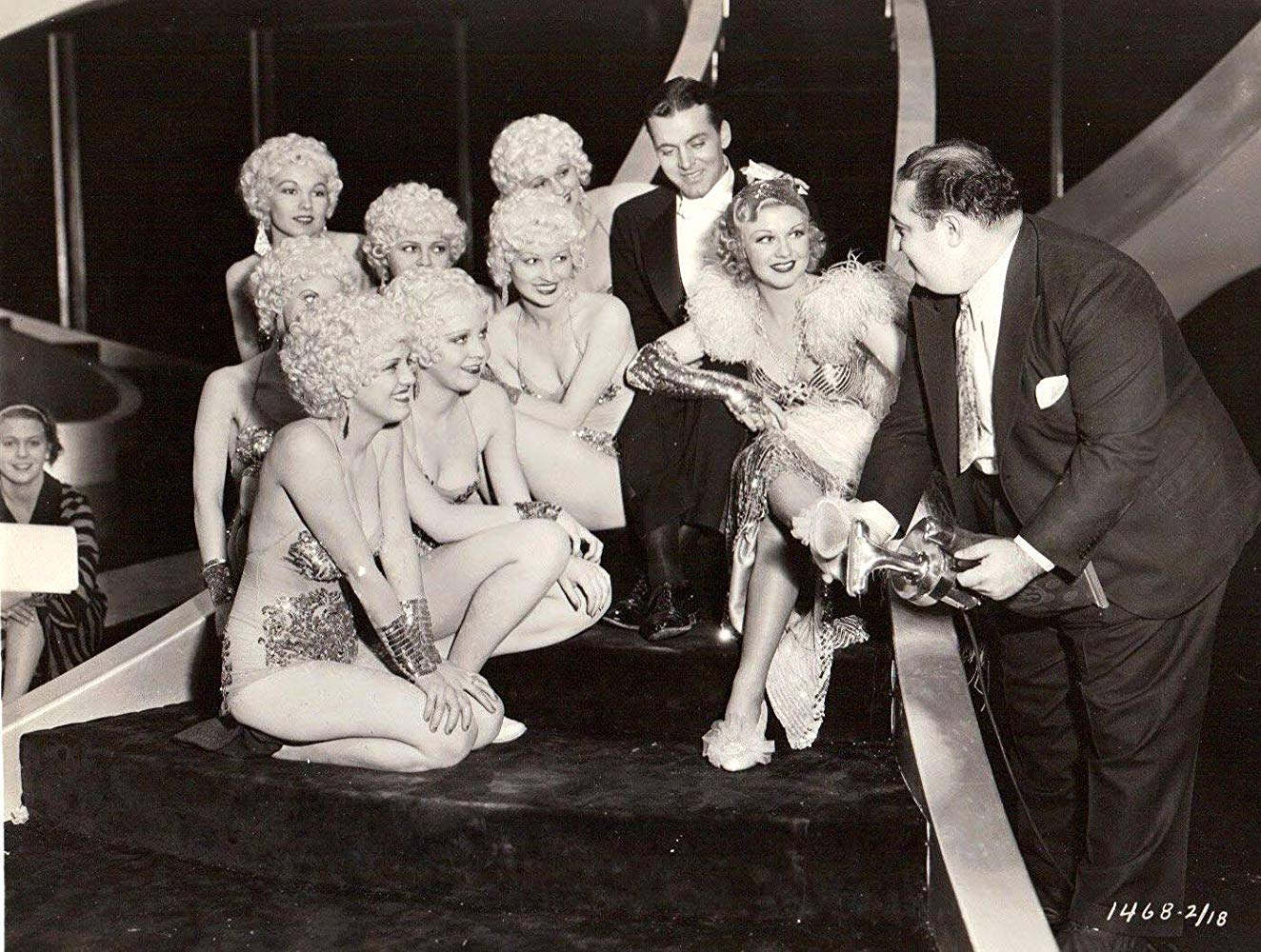 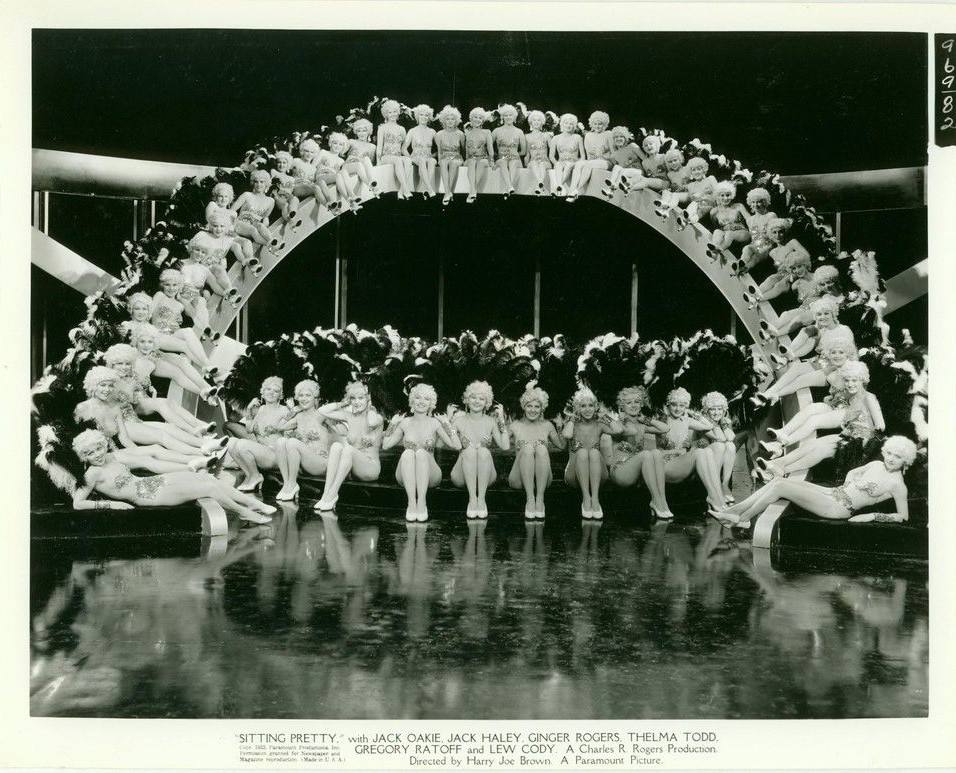 There is a publicity photo of Thelma Todd wearing the same spangly costume as the chorus girls in the fan dancer number at the end of the movie, but - 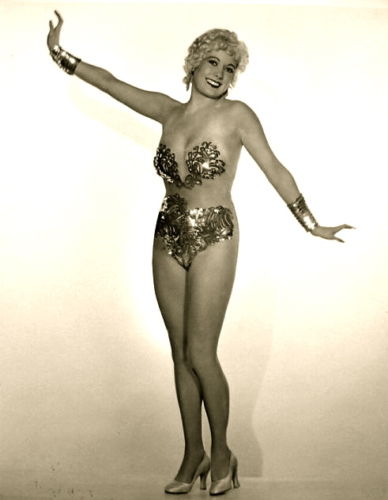 I don't think Thelma Todd was actually among the fan dancers at the end of the movie. In SITTING PRETTY, she had about the same part she had in SPEAK EASILY, she was the vamp or other woman character who threatens the romance of the main girl in the story. She didn't share in the final triumph because she wasn't the heroine in the story.