Thelma Todd was in the silent version of HELL'S ANGELS, but was left out when much of the film footage was redone to make it a sound movie. 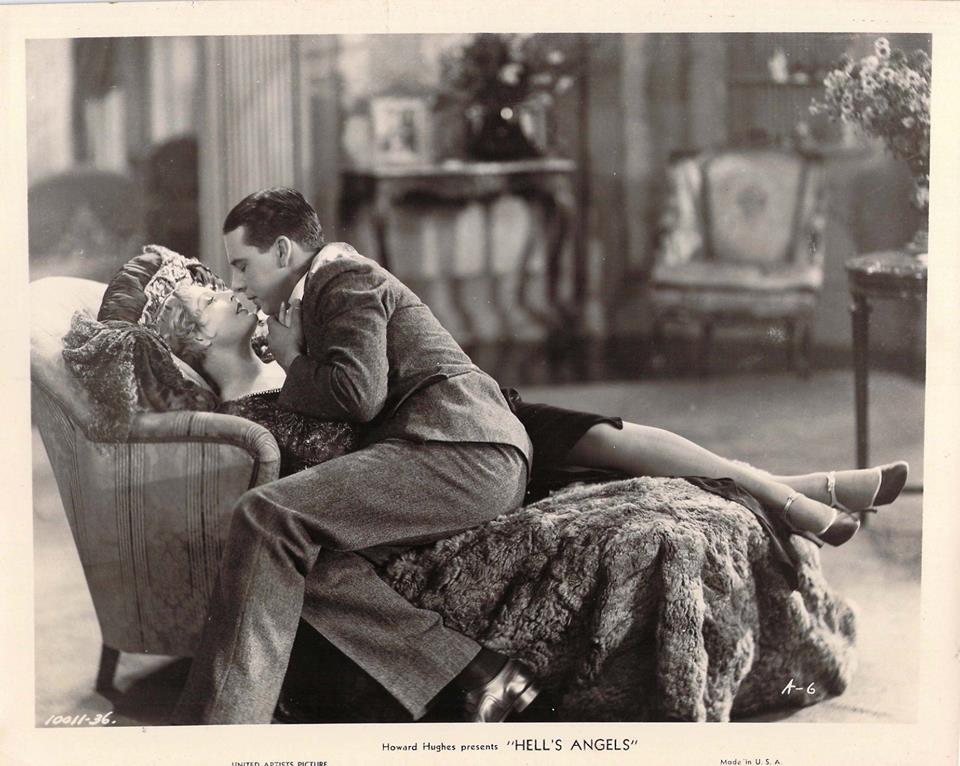 Here are some pictures from that movie that I had on the blog in the past. 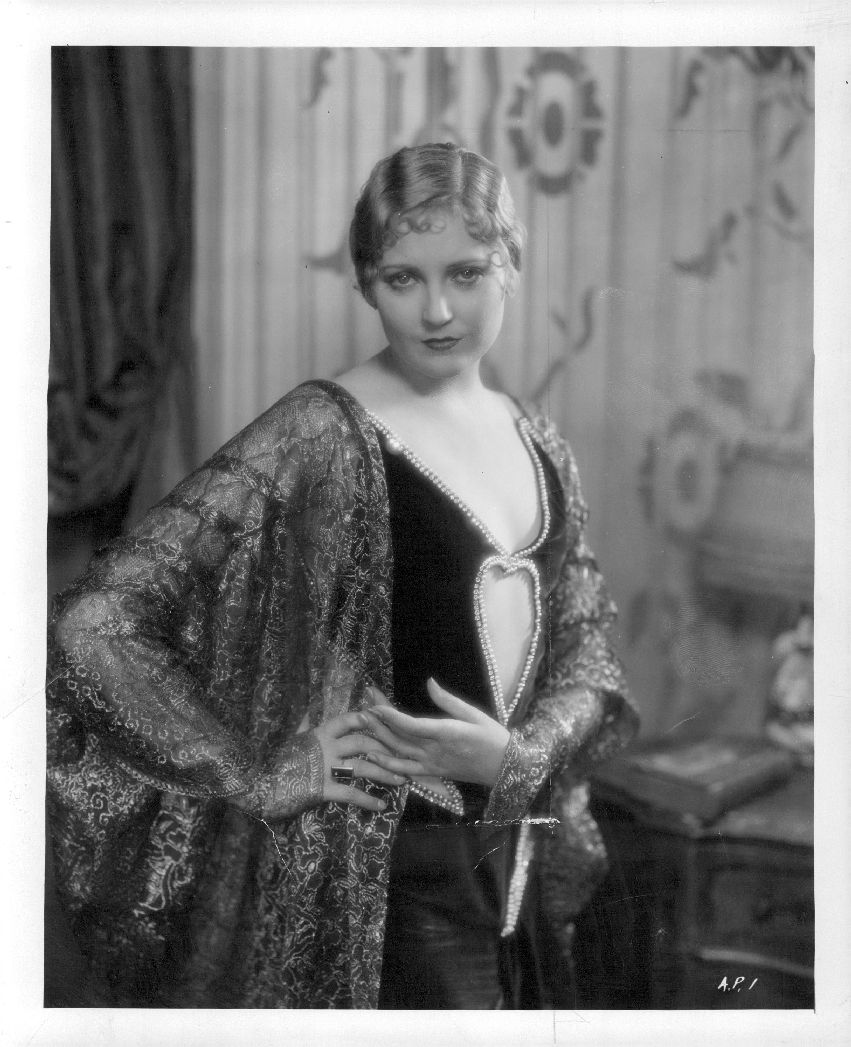 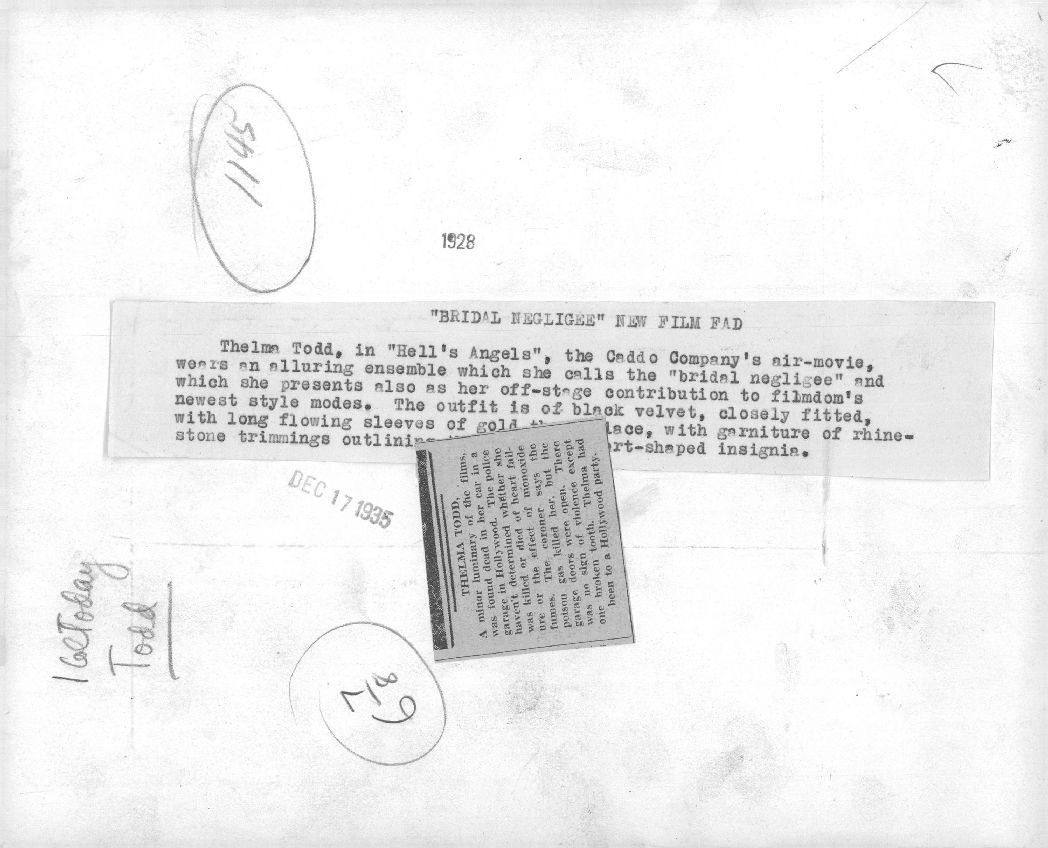 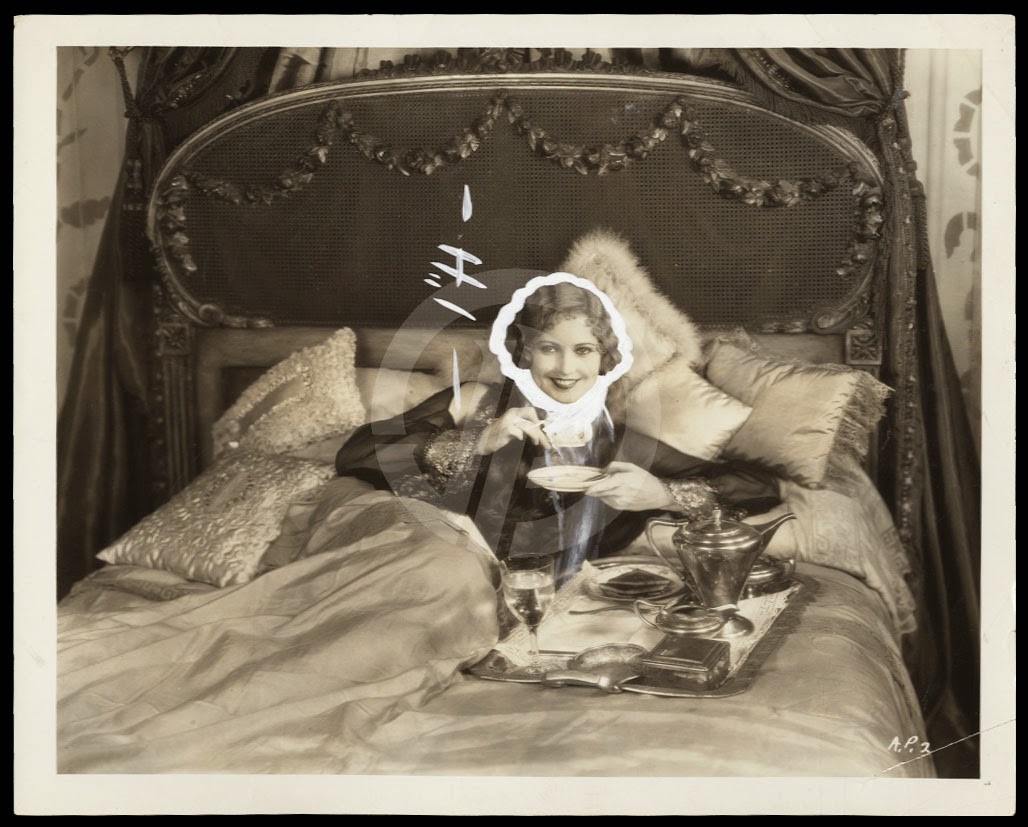 The retoucher worked on this one, and somebody put in a watermark later on. 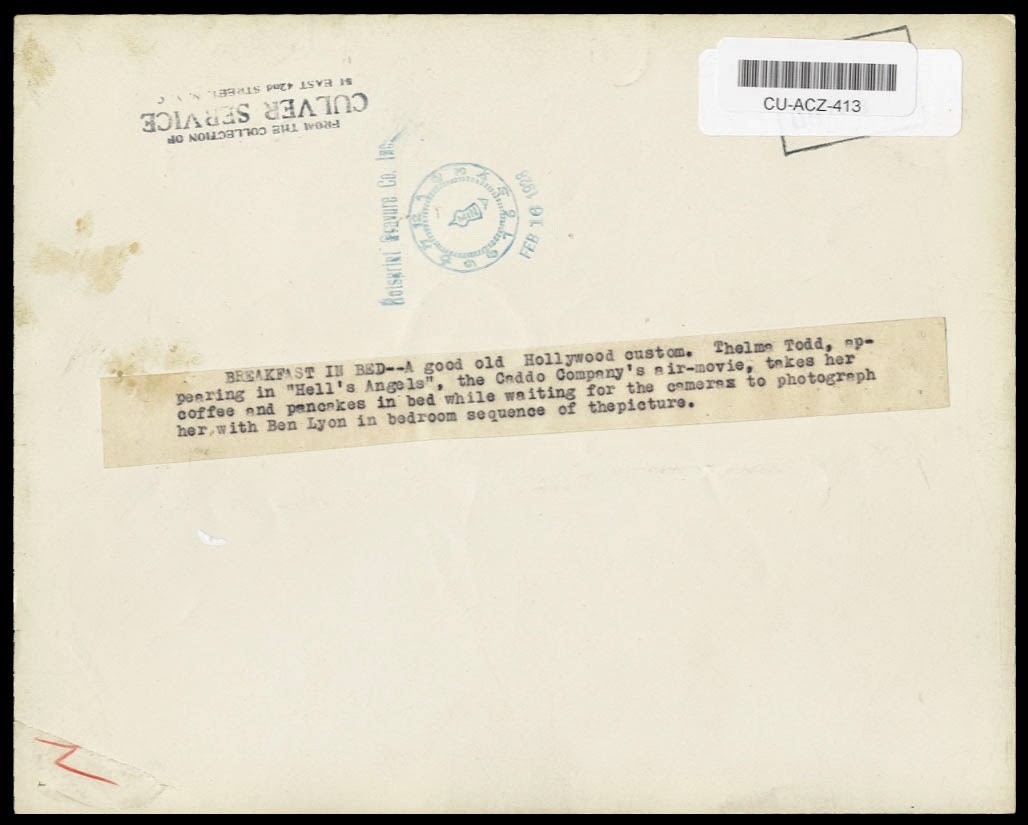 A SCENA MUDA, May 3, 1928, Rio de Janeiro, Brazil. The same photo colored for publication in a Brazilian magazine. 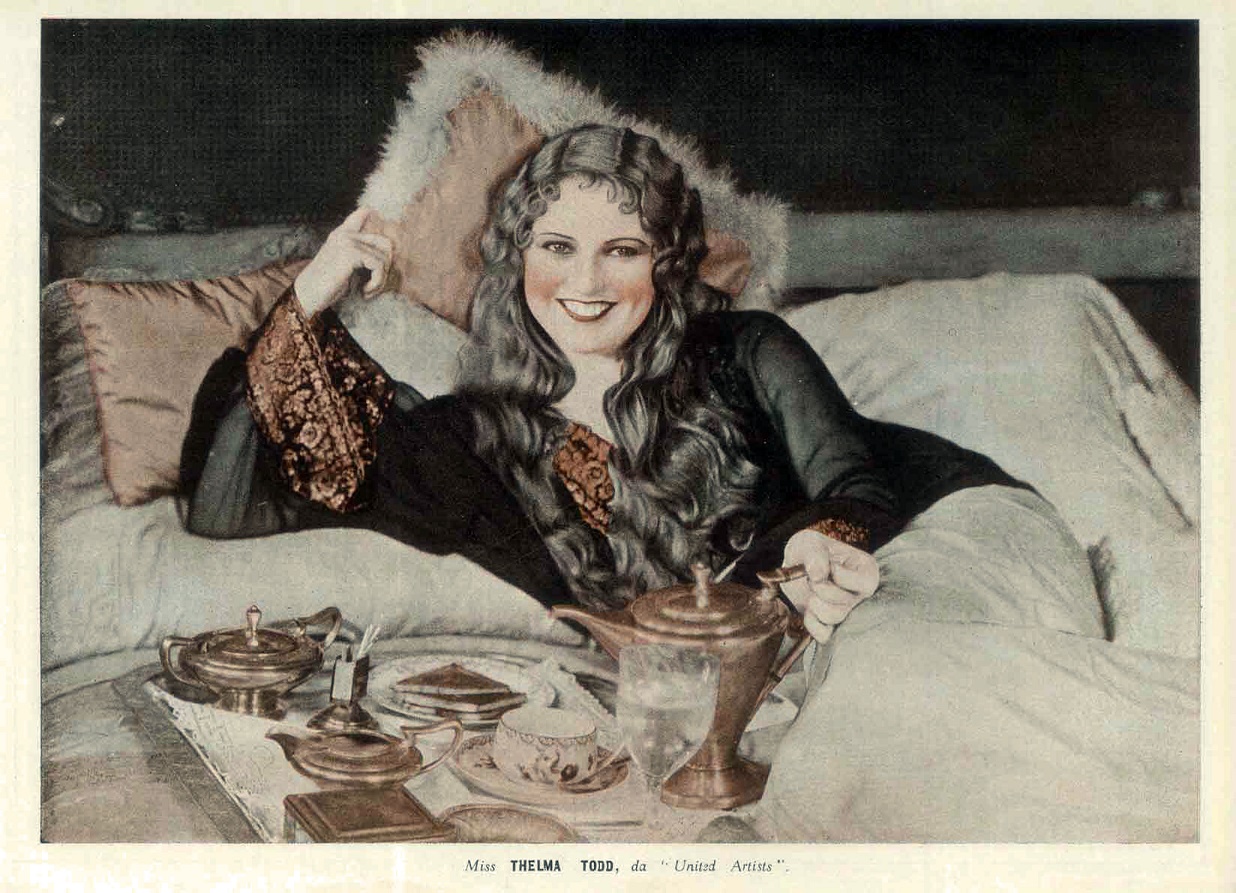 Special thanks to Jorge Finkielman for providing us with this picture.