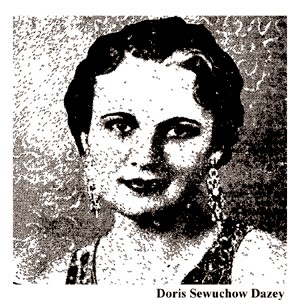 On October 4, 1935, actress Doris Dazey died of carbon monoxide poisoning in a Santa Monica garage only a few miles from Thelma Todd's Sidewalk Café. Her death was ruled a suicide, but there was no note, and there was some doubt about it.


Doris Dazey was in the news again when her husband was arrested in December of 1939. 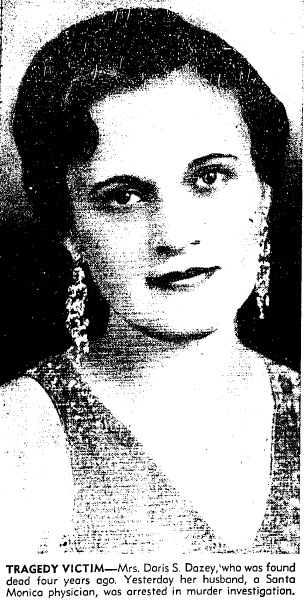 He was accused of murder, but nothing ever came of it. The death of Doris Dazey was still considered a suicide.

The case had some similarities both to the death of Thelma Todd and that of a fictional character in Raymond Chandler's book LADY IN THE LAKE, leading to discussions by Chandler fans about the possibility that these cases might have been sources of inspiration for that novel. The fact that another woman had recently died of carbon monoxide poisoning in the same area and that it had been covered in the news* tends to weaken the story that Thelma Todd didn't know anything about carbon monoxide: moreover, Patrick Jenning, who apparently favors the accident theory, has written about the Dazey case but never seems to have considered that aspect.

Patrick Jenning's BAY CITY DOCTOR says that Dr. Dazey provided Mabel Normand with dope, but the story that Mabel Normand was on dope is also controversial, and has also been labeled a "myth" at
themabelnormand.com/articles/myth-2-drug-use/ .


THE LADY IN THE LAKE:
http://en.wikipedia.org/wiki/The_Lady_in_the_Lake