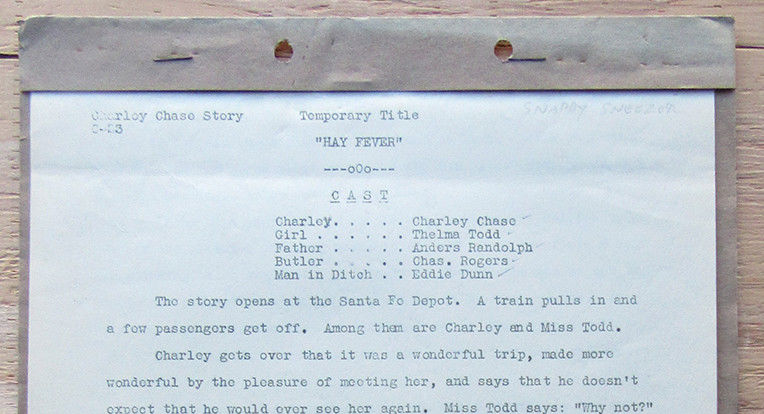 SNAPPY SNEEZER was a 1929 Charley Chase comedy with Thelma Todd in the cast. 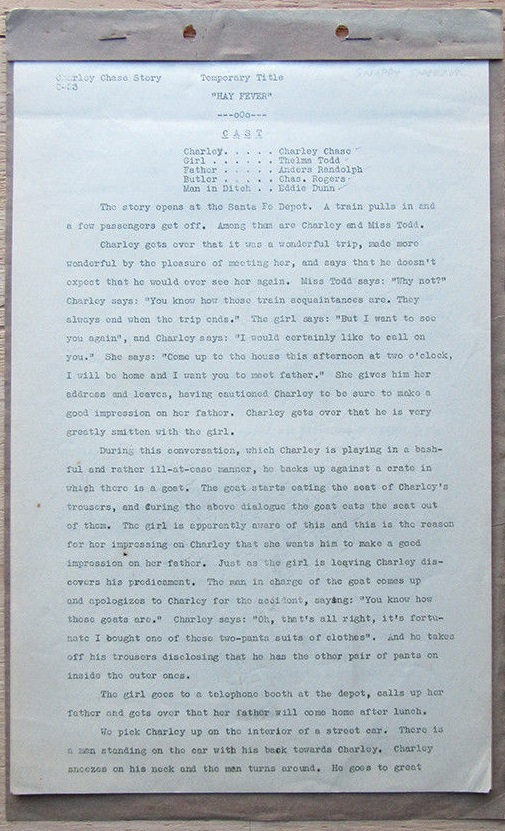 "The Snappy Sneezer," original shooting script, 1929. This is an original script for the Hal Roach production starring Charley Chase and Thelma Todd. It bears the working title "Hay Fever." Rather than providing dialog, the script describes the action to take place. It is five pages long, in excellent condition, and measures 14" x 8 1/2".

This script was editor Richard Currier's copy. It was purchased by Doug Hart at the Hal Roach studio auction in 1963, and I obtained it directly from Mr. Hart.