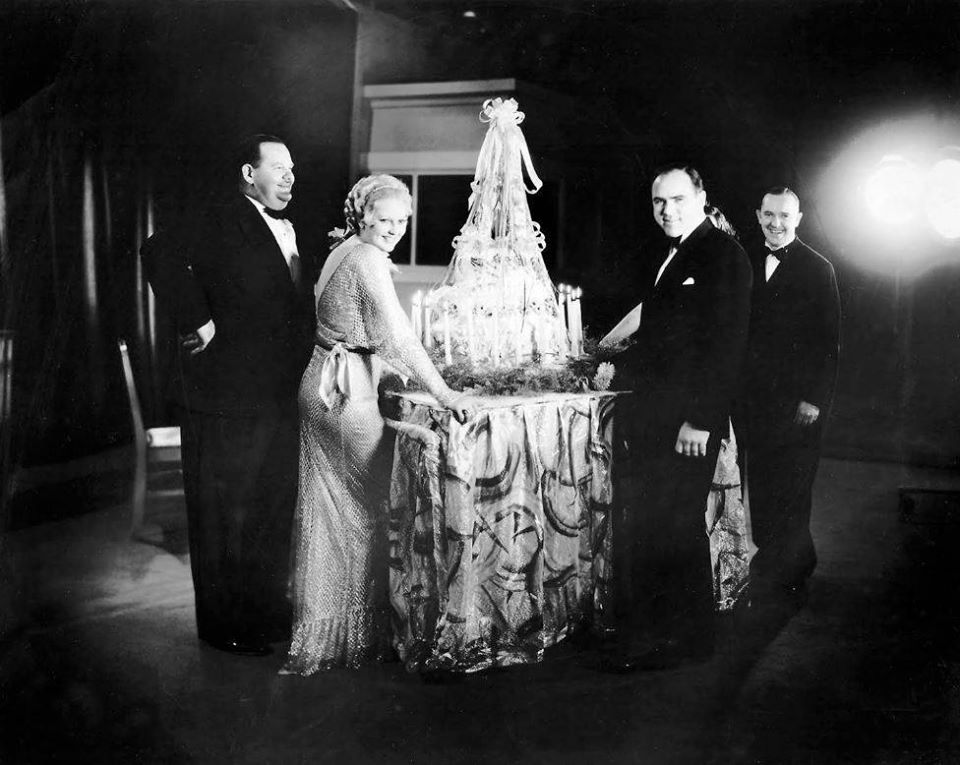 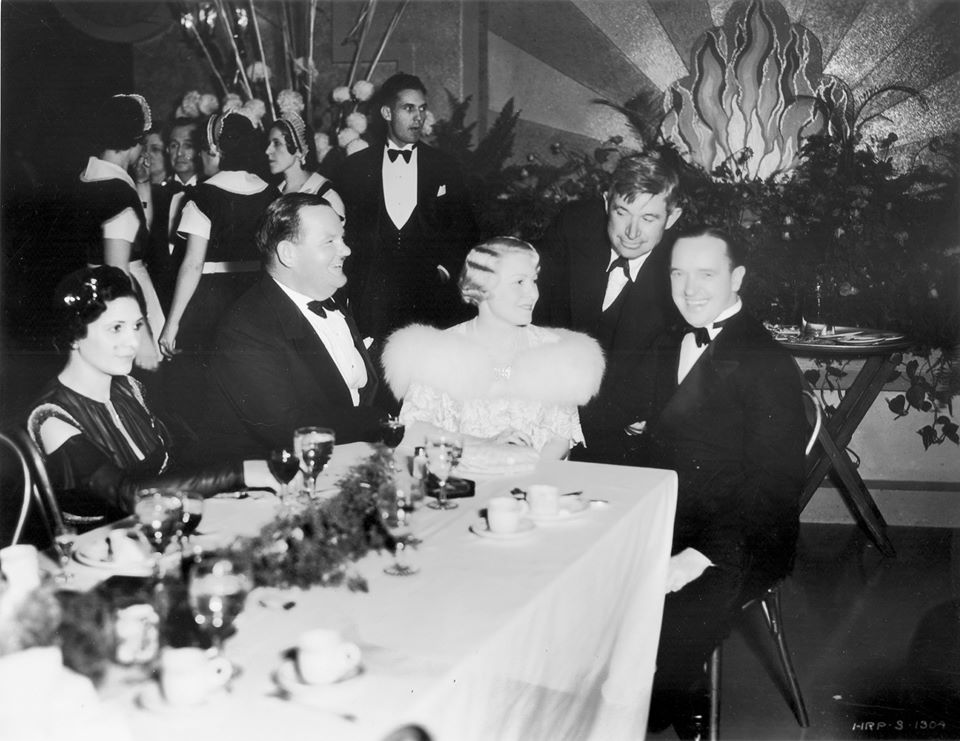 Laurel And Hardy with Mrs Roach and Will Roger 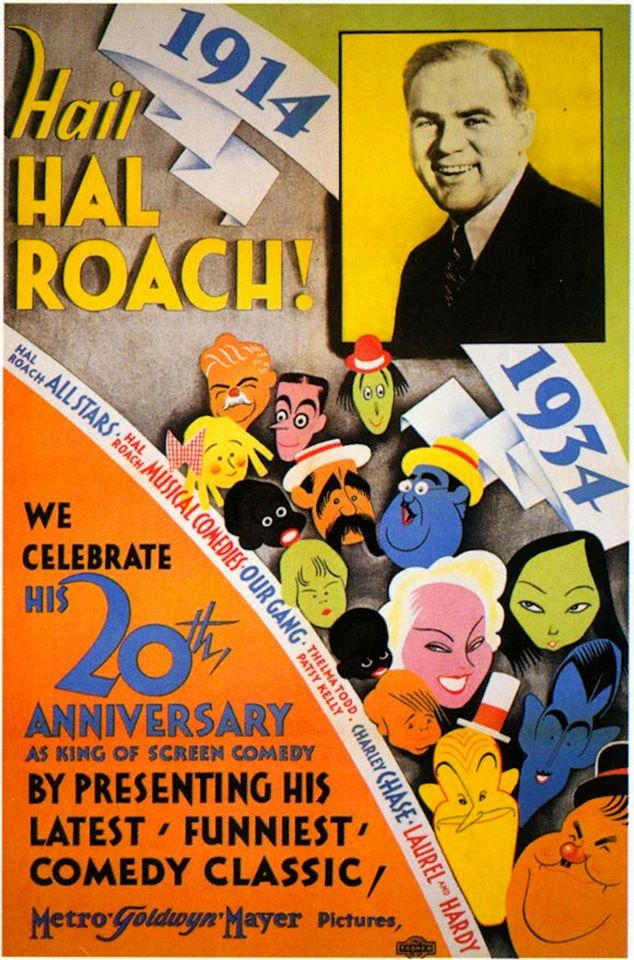 Thelma Todd is the blonde in the middle of the picture. The unfortunate individual with the green face next to her is meant to be Patsy Kelly. Below her with a blue face is Charley Chase, while the blue-faced individual behind Thelma Todd is Bill Gilbert. Laurel and Hardy are in the foreground, colored yellow and orange, while Our Gang kids of different colors are on the left.