Mussolini And A Bear In A Cartoon In PUNCH


Mussolini was depicted with a bear in a cartoon in PUNCH in 1938. 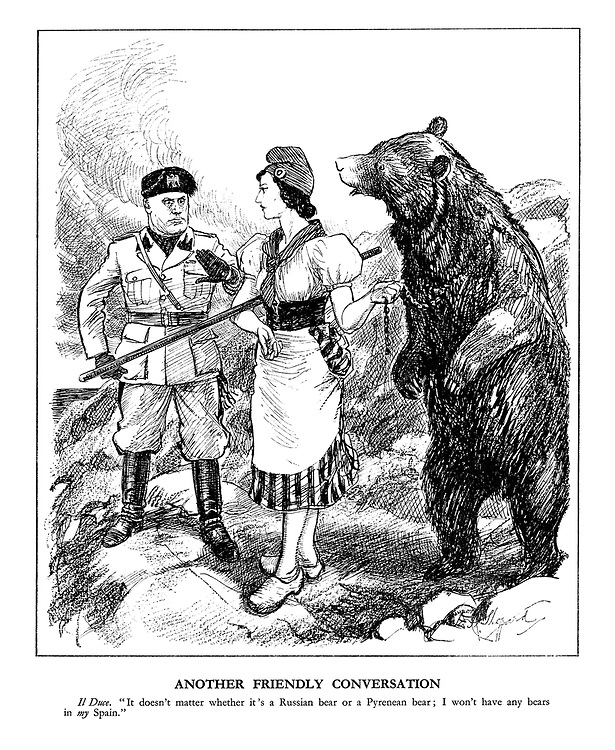 This has to do with Italy's involvement in the Spanish civil war. Russia was also involved and the bear was the symbol of Russia. Mussolini says it makes no difference what kind of bear it is, he'll have no bears in his Spain - which isn't his country.