There was a bear they used to photograph all the movie actresses with. Actually I'm not sure if it was always the same bear, but it was a recurring gag in publicity photos. The pictures I have here just happened to be handy. I've seen others in the past. 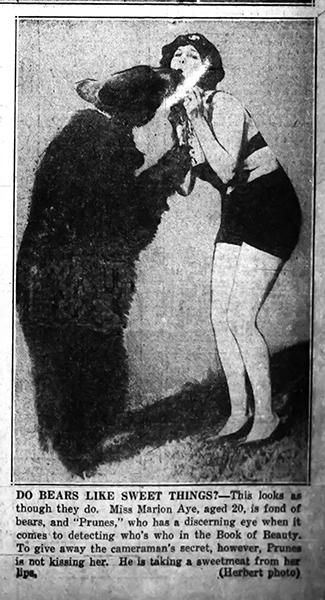 
Clara Bow and a bear named "Mussolini" after the guy that was running Italy at the time
. 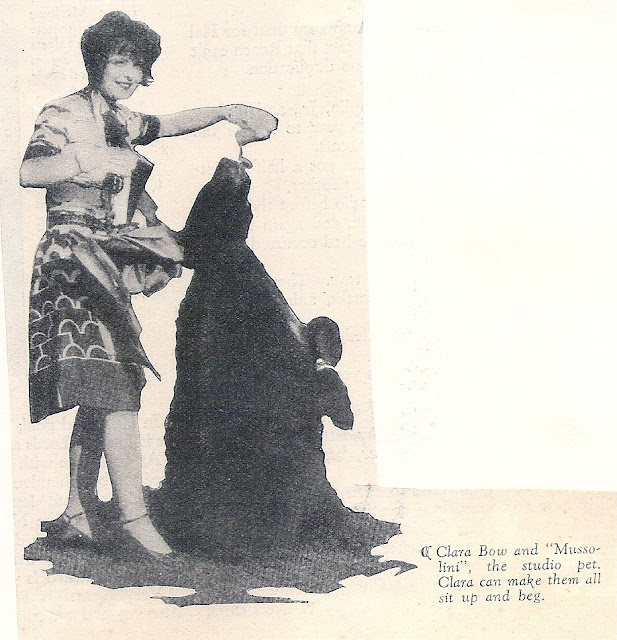 Mussolini wanted to a partner with Hal Roach in making movies in addition to being involved with Adolph Hitler in more nefarious endeavors. Mussolini wound up losing his job because people found him to be unbearable. 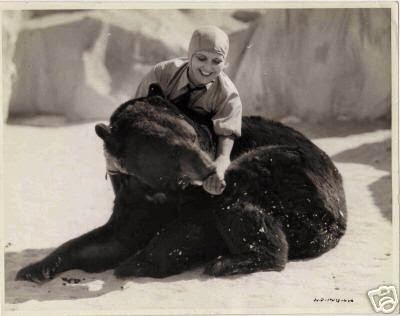