Thelma Todd At The Mayfair Opening

Stars at the Mayfair opening and the invalid's benefit. 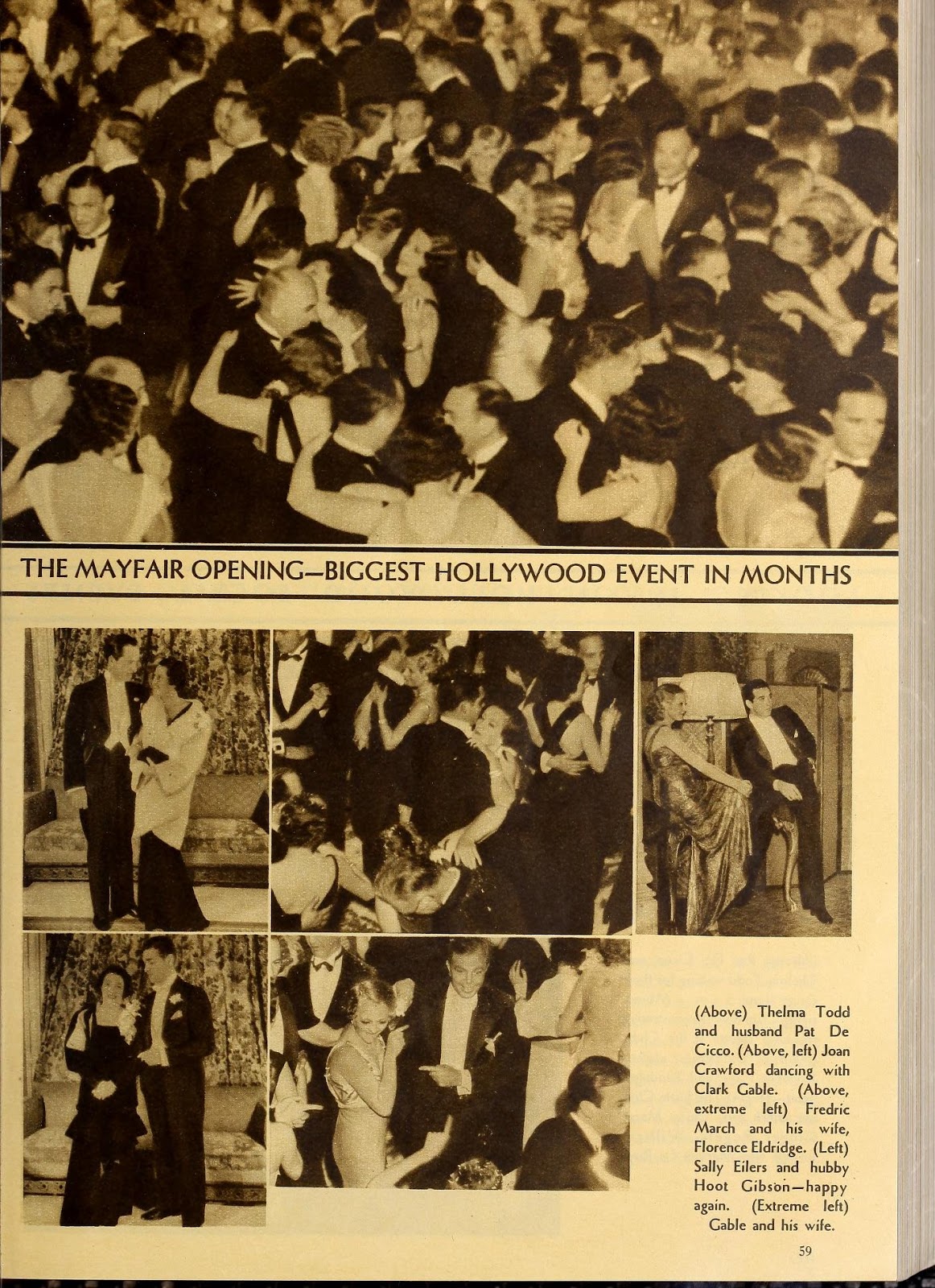 Thelma Todd and Pat Diccico are at right.  Clark Gable and Joan Crawford are to the left: they were in DANCING LADY in this period. Below is Sally Eilers, who went to England with Thelma Todd that year. Hoot Gibson was popular in westerns at the time

George Raft is remembered for his underworld connections as much as for his movie career. 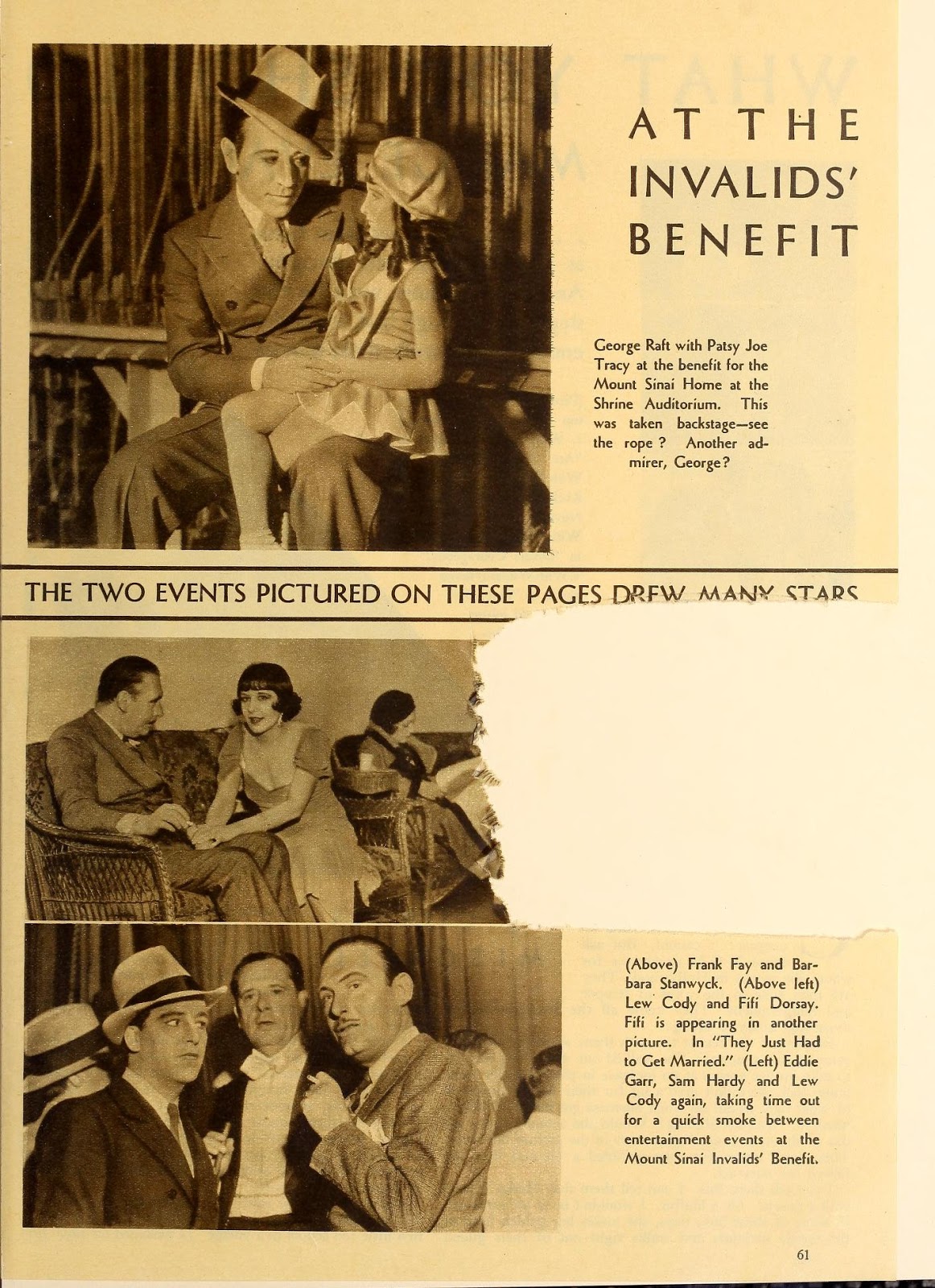 Lew Cody had been married to Mable Normand, who passed away in 1930.  Fifi D'orsay was popular in comedies at the time.