Lee Heidorn’s adventures in Hollywood continue. In this installment, she lunches with Thelma Todd and Madge Evans, and visits Jean Harlow on the set of Riffraff.
Lee picks up the story from here:
A few days later, I spent an afternoon at the Hal Roach Studios with beautiful Thelma Todd.

The ever-smiling Thelma Todd
We had lunch in her dressing room and were gaily getting acquainted when Mae Busch, who was once a famous star, came in. She had a featured role in the picture. She is very sweet and friendly. We chatted there for awhile and then went down on the set. Thelma was wearing a dark wig as she plays the Queen of Gypsies in The Bohemian Girl, which they were were making with Laurel and Hardy as the stars. When we got to the set, Thelma asked me if I’d like to have my picture taken with her and Laurel and Hardy, and of course I wasn’t averse, so she got the boys and the still cameraman and the picture was taken, and it certainly turned out swell. I saw Hal Roach and Tony Moreno, just as handsome as ever, sitting in a corner, and a lot of gypsy extras in gay costumes lolling around. Between scenes, both Thelma and Mae would come over and visit with me, so I had a very gay afternoon.

Several days later, we were to meet Thelma Todd at the Russian Eagle for lunch, but when we got there, we found they had closed prior to moving to a new location on Sunset Blvd. So we lunched at Al Levy’s* instead. Just as we were ready to start eating, Thelma asked us if we had ever met Inez Courtney, and when we replied in the negative, she asked the waiter for a phone and called Inez and asked her to lunch with us. Inez had just had her tonsils out and so couldn’t eat much. She joined us just as we were having dessert. She’s a card and we had lots of laughs between her and Thelma. Leo Carrillo occupied the next booth so as he was leaving, he stopped and chatted for a few minutes. He’s very nice and we enjoyed meeting him. We stayed there chatting for awhile and then went outside and took some pictures of them and then bade them goodbye.

Late one afternoon, we met Evelyn Venable at Sardis for tea. With her was her friend, Edna Sollee, who is her stand-in and who is a very charming girl. Evelyn is very pretty and very sweet and is very much like her screen personality. We chatted there for some time. Saw Thelma Todd there and introduced her to the others. 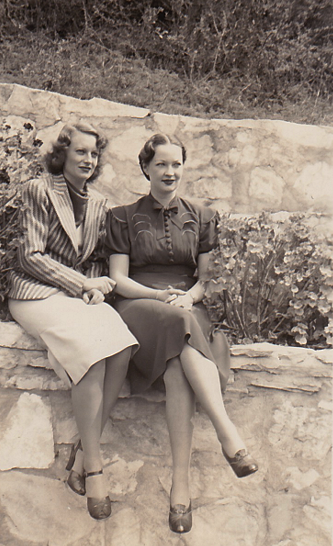 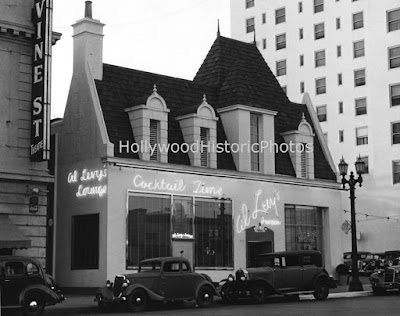 
It happens I just put a picture of Billie Dove on my blog yesterday, she was mentioned in the magazine article "Is it Tragic to be Beautiful?". 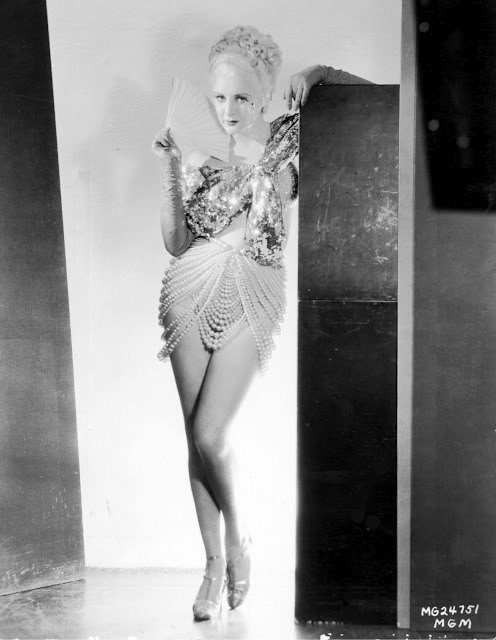 Here is a picture of Marion Davies and Billie Dove in BLONDIE OF THE FOLLIES. 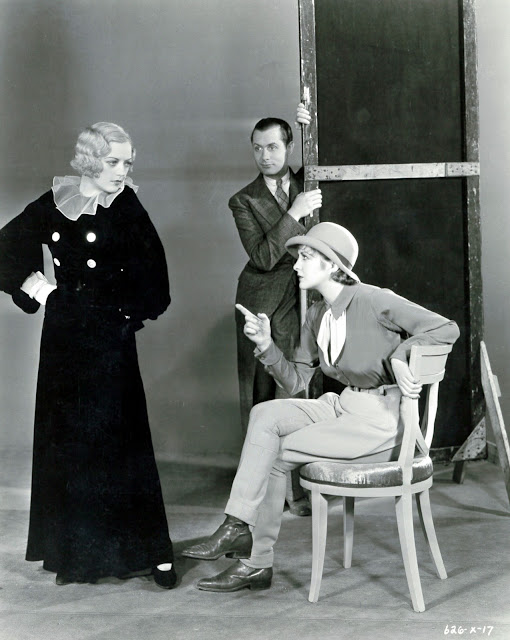 This was a Marion Davies movie, so she got to be the star, and was supposed to be the one you rooted for when they had a fight. I like Billie Dove better, myself. 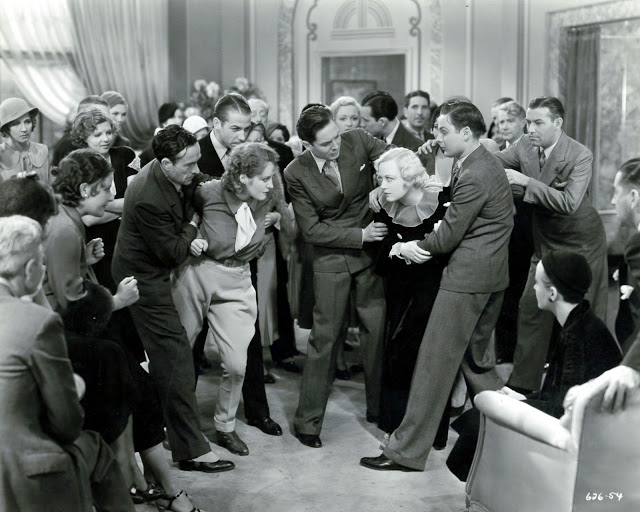 I haven't seen this movie, myself. It was somewhere around the same time as the movie CALL HER SAVAGE, the one where Thelma Todd and Clara Bow were supposed to have a "catfight". I don't really see why that business was supposed to be such a thrill, but they'd keep doing that in the movies. A lot of movies tend to be very similar.

Some of the older books would run down Marion Davies because William Randolph Hearst bought her career as a movie star. But it can be said that some of the other movie stars were in a similar situation in that they were in the movies because they were somebody's girlfriend, you just don't hear so much about it. Today, it seems that Marion Davies is being rediscovered and is not as poorly thought of as she frequently was in the past.

And finally, here's Leo Carrillo, he was mentioned, too. 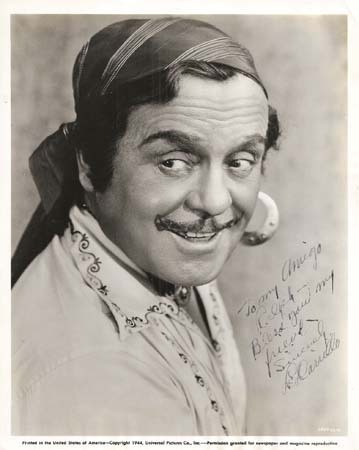 Read more about Lee Heidorn's trip to Hollywood at: