A
Beverly Leech played "Kate Monday" on the television series MATHNET. She also played Thelma Todd in the movie SUNSET. 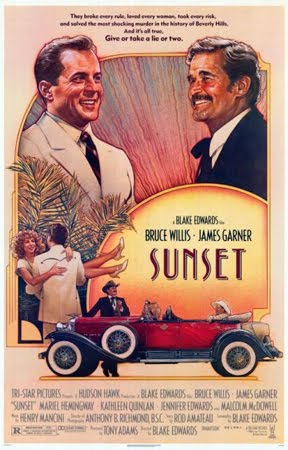 Beverly Leech (May 23, 1959 in Paris, Texas) is an American actress who is perhaps best known for her portrayal of Kate Monday on Square One TV's Mathnet.
Beverly was discovered in Texas by a talent scout from Universal Studios. She is married to actor and writer Christian J. Meoli, most noted for his role as "Boz Bishop" in the series Nash Bridges. Other roles include appearances on science fiction television shows Quantum Leap (episode "Sea Bride", 1990) and Babylon 5 (episode "Revelations", 1994).
She has a daughter, Kate, by her first marriage to Dennis Smeal. Beverly's hobbies are painting, woodwork and refinishing, car repair, softball and ballet. She is a member of the Southern Poverty Law Center and also works with people affected by alcoholism and drug abuse.

In the movie SUNSET, Beverly Leech played Thelma Todd. I was able to write to her afterwards
and she told me a little about it.

She wrote: "My involvement with that role was for a Blake Edwards film called "Sunset". It starred Bruce Willis and James Garner. Unfortunately, it was not well received. I worked for about a month on it, but it wasn't cutting together well, so they rewrote it and brought me a back for a couple more weeks. Truthfully, it wasn't a large role, so when they ran into problems again ( concerning length and story line ) a lot of smaller roles ended up on the cutting floor. Mr. Edwards, however, was a real gentleman about it and wrote a letter of apology to me ( and probably to the others that had the
same fate. ) Generally speaking, most directors don't bother with those kind of niceties- you find out about it when you actually see a screening of it and face the disappointment without warning. So I was really impressed with his compassion."


"I don't have any Thelma Todd stories. I know only a  little about her, so it would be difficult to give you any remembrances of "Sunset" from that frame of reference. Besides, the film was shot quite a long time ago. However, in general, there are wonderful memories of making the film itself. Blake Edwards, the director, was quite good and generous to his actors and his daughter, who was also in the film, was a lovely, warm person. Bruce Willis was a handful for most, but very cool to me. He really didn't get away with any of his infamous 'bad boy' routine with me- mostly because I didn't let him. I think he felt he could relax with me. I learned how to be a leading lady, though, from James Gardner. He was always prepared, always on time, and treated everyone, from the director to the extras, with the same level of respect. I really looked up to him and actually worked later on with him again on a Rockford Files. I've always admired James' good humor and attitude onset. This was also supposed to be a good role for Kathleen Quinlan, a remarkable, gifted actress. I always felt badly that the film didn't do better, if only to help her get the career she so richly deserves. I know, that for my part, it was one of my very first jobs after coming to Hollywood. I had done a lot of stage and some television, but no film. I was quite frightened and probably made a lot of mistakes. I hope these anecdotes satisfy you and that the pictures arrive in good condition. Good wishes to you- Best Regards, Beverly Leech."

Beverly Leech sent me some pictures of herself, but she didn't have any of herself as Thelma Todd. I was later able to watch SUNSET, and I thought it was a pretty good movie, vaguely based on silent movie era Hollywood, with Tom Mix and Wyatt Earp teaming up to investigating a murder . The murder and the murderer in this story didn't really seem to be based on anything that happened in real life, although the names of real-life personalities were used for some of the characters in the story.

SUNSET ended with a caption that read, "The way it really was, give or take a lie or two." That description would fit much of what has been written about Thelma Todd, and much that has
been written about other people.

The girl next door - if only she actually lived next door. Some guys have all the luck, I guess. Whoever lives next door to Beverly Leech would certainly be lucky. 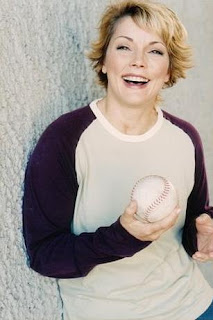 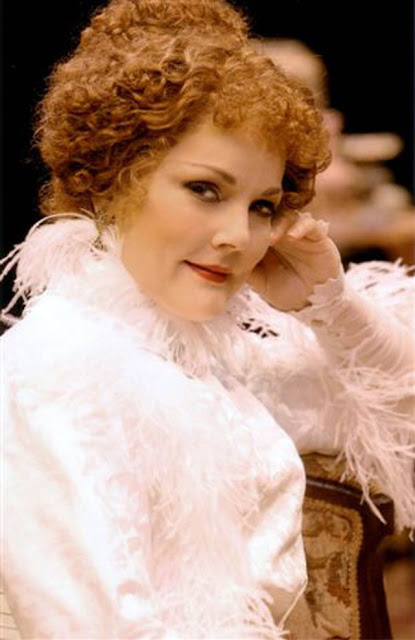 In CITY OF ANGELS on Broadway. She could have had about the same look as Thelma Todd. 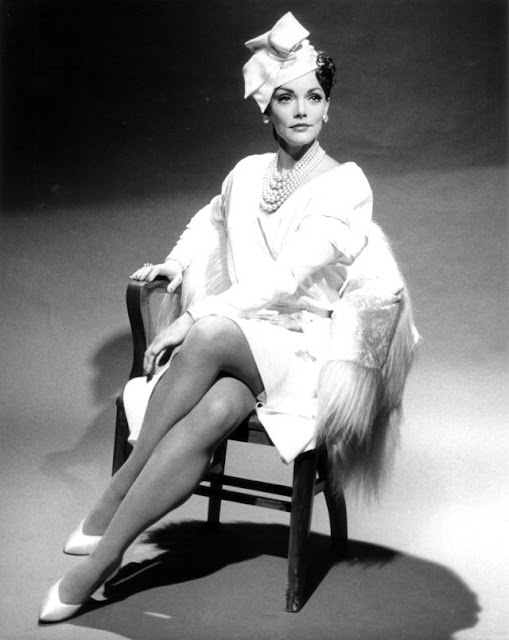 Beverly Leech may be best known as 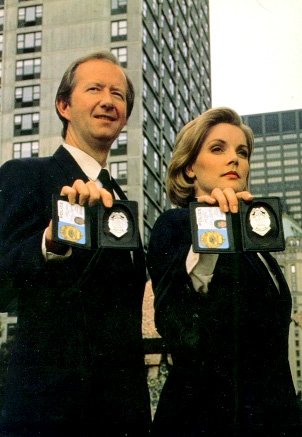